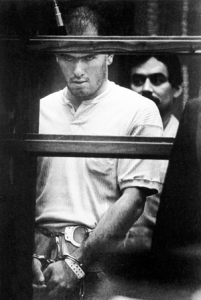 These stalkesr were men along with a woman from New England who carried a wedding dress in a box as she followed me all over the country. She had seen a church service I did there and just knew I was talking only to her. She then hounded my post office box telling all she saw that she was going to marry me and the box she carried contained a wedding dress.  Indeed, she said, God told her that she was going to marry me. Problem was, God had not told me, nor my wife.

She spent three days in the Forest Hills,NY Post Office lobby waiting for me to come for my mail, driving everyone nuts. Fortunately I was out doing public events in different locations. However, she knew that I was due to fly to Charlotte, North Carolina for my regular appearance on the international TV show called The PTL (Praise the Lord) Club with Jim Bakker. which she constantly watched.  She made her way to the PTL Club studios and got a job there in the restaurant where she would work and wait for me.  PTL put security around me and she was fired.

I also had men who had conjured up a reason to hate me and want to harm me and would often get behind my car and follow me hoping this would lead them to my home. I simply drove to the police station.

When I renewed my driver’s license I was told to include my home address. This I did not want to do and protested. They insisted saying that this was the law. I told them that this would open the way for some nut to show up at my door. I told them firmly that this would also pose a danger to every Hollywood star who had to give their home address that could be accessed by anyone.

One nut who followed me to church constantly, once followed me home and as I pulled in the driveway, he yelled at the top of his voice for all to hear, “This is where Austin Miles lives…this is where Austin Miles lives.” I opened my electronic garage door, drove in, shut the door and grabbed a lead pipe, just in case. Once we spotted a couple of men hanging around the mailbox in front of my house late one night.

It is interesting how fluctuating these nuts are. When in Philadelphia to do the Mike Douglas Show, there were always people standing in the hallway to see the celebrities coming in and out to be on the show. When I walked by one said, “Oh yes, Hi” he said with adoring eyes.  At the end of the show when I came back down the stairs that same nut said in disgust: “Oh there HE is.”  It was obvious that he now felt familiar and if he had a chance he would have harmed me. How quickly his attitude changed.

So it made sense to discontinue publishing the home addresses of anyone who needed a driver’s lesson, especially since I lived in California where so many high profile people lived.

This was during the time that Rebecca Schaeffer had become a very compelling screen star, beginning with her series, ‘My Sister Sam.’ Other roles followed which attracted a nut named Robert John Bardo, who lived in Tucson, Arizona. He imagined he was ‘in love’ with her and her with him.’

This mental case, who should have been in an institution, took a Greyhound Bus to Hollywood, presented himself to the gate of the film studios demanding to see her. He was escorted off the property. He paid an investigator to find her home address which the investigator did easily since he simply went to DMV and they showed him her driver’s license. 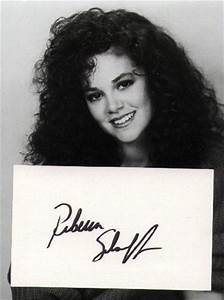 Ms. Schaeffer had done a movie with a love scene, which infuriated Bardo who felt she belonged to him and now she was unfaithful.  This is how the insane think.

Bardo had tried to buy a gun but was refused due to his obvious mental incapacity. So he sent his brother to the same store, who bought the gun his brother wanted…..the same gun that would kill an innocent girl.

Bardo made his way to Ms. Schaeffer’s apartment and pressed the door bell.  The intercom was  broken so she had no choice but to answer the door.  She was expecting a script to be sent to her so she could audition that day for a hugely big movie, Coppola’s God Father 3 where she would play the role of Mary Corleone, a major role that would make her a star.

When she answered the door, Bordo pulled out his gun and shot her point blank.  The bullet went directly through her heart as she screamed with such terror that it was heard throughout the area.

Bardo was found, arrested and put to trial. The District Attorney then was Marcia Clark who came to fame with the OJ Simpson murder trial. His public defender, knowing that if he was described as a mental case he could be put away for the rest of his life, instead tried to convince the jury that it was not a case of insanity but the case of “obsession” which the defender said was different.  No it is not. Severe obsession is every bit a mental illness and should be handled as such. Yes, this ‘defense’ lawyer was trying to get this cold blooded murderer off the hook.

It is unsettling to know that my favorite President, Ronald Reagan, was the one who had all State Hospitals (insane asylums) closed thinking there was another way to deal with mental problems. And this is only ONE of the results. Had Reagan not done this Rebecca Schaeffer would be alive today. Nor would any of these school shootings or workplace shootings have taken place. It is time to reopen State Hospitals throughout America. If ever there was an issue of common sense, this is it.

Bardo was judged ‘guilty’ and sent to Mule Creek State Prison to begin his life sentence. While there another inmate stabbed him 11 times which did not kill him.  Pity. He was then transferred to Avenal State Prison in Central California where he will be behind bars for the rest of his miserable life.

This bastard (don’t get your knickers in a twist since that word is used in the Bible regarding questionable birth circumstances) left many, many broken hearted people who loved this delightful young woman and will be scarred for life by this totally senseless murder that could have been prevented had Reagan not closed State Hospitals.

At the very time of Ms. Schaeffer’s murder, this writer was fighting with DMV to keep home addresses off driver’s licenses. After her death, the DMV FINALLY, even though a bit late, made it a rule that home addresses could no longer be a part of a Driver’s License.

As the Pennsylvania Dutch would say: “Too soon oldt–too late schmart.”