A New Year’s Message From An American Iranian

By Amil Imani|2018-01-02T01:15:33-05:00January 2nd, 2018|
Compelled by the unalienable rights of the people to institute their government and replace it when it fails to serve its constituents in the pursuit of life, liberty and happiness, millions of Iranians representing the entire spectrum of society are demanding change from a repressive theocracy to an open secular democracy.
This is the dawn of a new day for my motherland Iran. Over three decades of darkness has reached its inevitable end. People on the mountaintops are clearly discerning the rays of a new sun that inevitably will chase away the gloom of Islamic darkness. We, the free people of the world, must stand shoulder to shoulder with Iranians to end the Islamic nightmare which has cast a cloud of terror over the past 39 years upon an ancient and peaceful country. This is a momentous occasion. You want to be part of it. 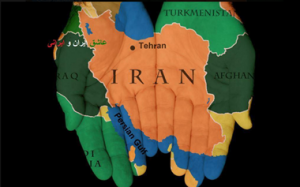 The Islamic regime calls the demonstrators who just want their voices to be heard “terrorists,” “thugs” and “agents of foreign governments.” If they do not shoot people outright, they savagely attack them with axes, chains, batons and any other crude weapons they can get their hands on. The Islamic Republic, perhaps, is the only nation in the world whose leaders work nonstop against their own citizens. It is as though the sole purpose of this regime is to torture, antagonize, fabricate, lie, harass, arrest, murder, and intimidate its innocent citizens for the sake of Islam.
We, Iranians, both inside and out of Iran, urge the leadership as well as people of the world to join us in the non-violent campaign of dislodging the mullahs and helping Iranians to establish freedom and democracy they so desperately deserve and have paid for with their lives.
The Iran problem is both serious and urgent. It is a world problem. A warning to the world governments and others: You need to act now. Apathy is sleep. If we sleep, we will all weep.
To peace and freedom for all
Happy New Year
© 2017 Amil Imani – All Rights Reserved