Agony, Hope and the Grace of God

This is an update on Paul Walter’s daughter-in-law, Tiffany, and her war against breast cancer.  Sten, son of Paul’s wife, Jytte, is doing his best to take care of their sweet little daughter while Tiffany is in treatment. NWV first informed you about this in an email alert several months ago called “Help Save My Mommy’s Life” written from their little daughter’s perspective.

Sadly, Sten is like so many millions of husbands in America living life with his family until one day – BAM! The C-word strikes home.  I want people to read what a loving husband and father goes through, as I believe it will hit home for so many Americans while at the same time, he gives you and update on their agonizing situation:  Devvy continues… *

“I met Tiffany, my wife and mother of our 2-year daughter, at a business meeting.  We soon started dating and on 1/31/19 we got married. I knew I’d hit the jackpot!  Later that year we were blessed with Keira, our baby girl.  At last God had answered my deepest prayer of having a family of my own. 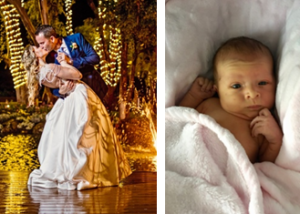 by my side, and with our little one as well makes me so proud, like I am on top of the world!  Well, February ’21 came and while Tiff was breastfeeding, she got a couple clogged milk ducts, which can be natural so no biggie, right?

“When the lymph node appeared in her armpit, we both said, “Oh no!” – What we feared of the node came true, breast cancer. Those following weeks of going through doctors and tests and not knowing what was going to happen was without a doubt the worst weeks of my life.  The fear of losing my beautiful wife and our baby never getting to know her mother except for pictures, was truly overwhelming!

“She was diagnosed with stage 2-3 breast cancer. While it was a very aggressive form of cancer it was also one of the most treatable types.  So, a slight sigh of relief, right?  She went to Mexico June ’21 for a month of intensive cancer care and came home feeling good and looking better and continued home treatment. Tests showed that all the small cancer spots had disappeared and that the biggest one was getting smaller.

“On Sept 25, we all woke as usual when Tiffany suddenly yelled out in pain and called my name. My heart raced. I came into the room where she was propped on a desk with her mid-back in complete intense spasm. I was gripped with instant fear. The agony of hearing the woman you love so deeply call out in pain is unforgettable.

“Tiffany was picking up our 2-year-old daughter and her back just gave out.  After 5 hours in the ER in Mission Viejo, CA., we were told the cancer had aggressively spread to my wife’s spine and was eating the bone away in multiple vertebrae. Then pain was from a minor compression fracture from picking up our toddler that morning! But the ER did not make us aware of that fracture at that time!

“The tests also showed that the cancer was possibly also spreading to her lungs and liver. The oncologists in California wanted to refer us to more doctors and do two more weeks more of testing. We knew, we didn’t have that kind of time, being that three months had already been wasted. We had to hit the cancer hard now!We had no choice, but to go back to Mexico.We were in a terrifying situation.

“The fact was that the alternative treatment my wife received in Mexico in June had, much to our shock, failed!

“A few days later we were back in Mexico at Integrative Cancer Centers of America. They understood the emergency and offered treatment that made sense. But while Tiffany was at the clinic, she took a missed step off the curb and fell to her knees in excruciating pain. That force now compressed her already fractured vertebra by 40%.

“Being a chiropractor, my fears were not only confirmed but intensified. I was afraid she might break her back and become paralyzed!  You went numb. This was bad. All my hope of the future with my wife and the mother of my child were doused to say the least. We were devastated.

“We are now in the fight of our lives. This time she is getting intensive radiation, low chemotherapy and hormone therapy on her spine and breast. This should address cancer in any other areas of her body simultaneously.

“I returned to the US. Being separated from my wife in her hour of need is very hard but probably hardest on our precious little daughter. Every time I go out the door, she screams “Daddy, Daddy” and doesn’t want to leave my side. It breaks my heart, but I must go to work, – especially now. Throughout the day, she calls for her mama and all we can offer her is a few precious moments on facetime. My sad little two-year-old doesn’t understand what’s going on but knows something isn’t right and deeply feels the void of not having her there. 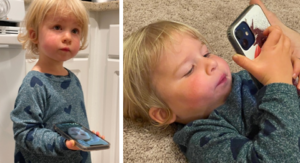 “Thankfully, family members and wonderful friends have been helping taking care of Keira; cooking dinner and sending ready-made meals, as I come home exhausted. The exhaustion and worry take its tole and I finally got sick myself.  Coping with cancer is emotionally, psychologically, and physically exhausting.

“My beloved wife just returned home after three weeks of intensive radiation and chemotherapy. She went through hell! Cancer treatment takes many unexpected and worrisome turns all of which I haven’t explained. But it’s a wonderful relief to have her back. She’s in a very weakened state and needs lots of rest. The road to healing is long. But little Keira is over the moon to have her mommy home and won’t leave her side. 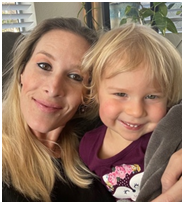 “We had desperately hoped my wife could keep her breast but later this year, it will have to be removed as this kind of aggressive cancer can easily spread. The doctors say, we can’t take any chances as the current treatment needs to work. It cannot be redone, if the cancer comes back! God Willing, she will be healed. Then comes the breast removal….

“The waiting is tough! In my prayers I still worry and fight electrifying fear,but then I remember all of you, who are also praying for our Tiffany and our family and am so thankful to all of you. I know God listens.

“With treatment being international, that means no insurance will help our fight for my beloved wife’s life and in addition to ongoing therapies and outstanding medical bills our medical expenses are astronomical.We are emotionally exhausted and financially ruined. My only prayer now is to save the woman of my dreams and to allow Keira to have a mom that’s around for a hundred years to come.” (End)

But for the grace of God, it could be you.

Because insurance companies refuse to cover treatments outside the U.S., medical bills are astronomical.  Your incredible generosity has been humbling.  If you can find it in your heart to make another donation to save Tiffany’s life, please go to the GoFundMe.com page for her.

Americans are the most giving and compassionate people on this earth.  We can be very proud of that.  We can be proud of saving the lives of people we don’t even know.  We are America strong and giving.

Tiffany has not been well enough to update her GoFundMe.com page yet but you may follow her on Instagram. She goes into detail about her battle with cancer, her faith, her doctors, and the treatment she’s receiving. She would love to hear from you.