Here is a perfect example of slanted (fake) news for propaganda purposes THAT YOU ALL HAVE READ.  Shortly before the Country Music Festival began in Las Vegas, the ‘press’ widely  proclaimed, that  just before the concert began, a mysterious woman stood in front of the crowd shouting, “You’re all going to die,” before quickly departing, which is how it was reported. A few minutes later, the brutal shooting murders began.

The George Soros FNS (Fake News Syndrome meaning it is really a mental disease) suggested that this woman was a prophet proclaiming the doom that followed. One thing for certain, Soros KNEW about this scheduled massacre.

NOW, as the late Paul Harvey would say, “Here is the REST of the story.”

Before the concert began, a Hispanic woman and another Spanish woman with her had tried to get into seats in the front row that they were not entitled to. They belonged to someone else. An argument broke out with several attendees involved. Exasperated that her scheme failed, she faced the crowd and loudly proclaimed, “You’re all going to die” like a disgruntled school yard kid who is mad. She then left the venue. And that, dear readers, is the REST of the story. And this is TRUTHFUL news; something the Soros Communist Democrats has pledged to destroy. 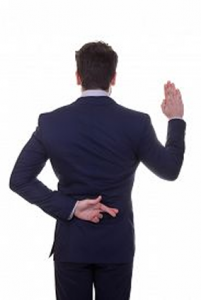 So news these days can be either downright fake or, real stories that have been slanted to create an entirely different meaning. False polls were widely published suggesting that Hillary’s poll numbers were decidedly higher than Trump’s in order to discourage Trump supporters from voting. Fortunately that didn’t work.

Every event or speech, or even a personal phone call to a Gold Star Mother who had just lost a son in combat, brings THIS “media coverage:”  Outrage follows Trump’s phone call, speech, Melania’s high heels, or –(name your own event).  You will find negative “coverage” in EVERYTHING President Trump does. Monitor the fake news sites and you will see. So please understand that we are bombarded with totally false information to further the political ambitions of George Soros. The Communists insist on controlling every aspect of newspapers, what to write and how to craft any and all stories to fit their own political goals.

And by the way, we HEARD the recording of that particular phone call to the Gold Star Mother and the content was nowhere near what the Soros press reported in order to make our president look bad.  Yes, Soros and his henchmen LIED to again deceive the American public.

Obviously the colleges and universities no longer teach journalism as they did in my day. Then, we were all taught to be totally accurate, how to research to make certain our stories and quotes were indeed correct. We had classes in the ethics of journalism, warmed repeatedly against plagiarism and to be certain that any parts of a story someone else had uncovered, would be given full attribution to the writer who originally brought the story to light. I’d hate to see what the journalism professors teach today. One thing they DO teach is that there are no absolutes…..no right or wrong.

At one time Journalism was a highly respected career.  Today it is a total cesspool of lies, slanted stories to misdirect the public from what was and IS really taking place in the world.  Pity.  The media today use the magician’s skill of misdirection to direct an audience’s attention to one direction while the other hand is not noticed while doing the work to deceive them.

This columnist does not subscribe to any of the Soros Communist newspapers. The accurate news can only be found on internet news sites, not all, but the ones listed below. This is why the FNS–Fake News Syndrome– has so viciously denounced internet news content, the writers whom they originally called “Bloggers in pajamas and arm-chair journalists.”

We were all called ‘right wing conspiracy nuts. They wanted to hide news truths, indeed censor all writings except their own. This is why they’ve tried to shut down internet news services so viciously.

The only time the secular newspapers are read by this writer is to check how they characterize an event they published in the mainstream media. We can then dive in and print the truth of the story they have published or discount it altogether.

One can find all the news of interest that covers virtually everything that is taking place in the U.S. and around the world, such as Renew America, Capitol Hill Outsider, Olive Branch Report, World Net Daily,  NewsWithViews.com (exceptional for truthful in-depth coverage), americanprophet.org,  iPatriot.org,  and my own website: www.revaustinmiles.com, which is nearing the 6 million readers mark. This is a mom and pop website with no frills, but news is carefully analyzed so readers can get totally truthful news. And they are flocking to the site.

This site accepts no ads so that readers can enjoy the stories without ads constantly popping up blocking the story. Plus we publish other stories from top notch internet journalists such as Kelleigh Nelson, Greg Holt, Jerry Newcombe and others.

There are many, many other excellent internet news sources that can indeed be trusted for accuracy.  Let us put a stop to the lies the media is putting out, especially against President Donald Trump who was legally elected by a great majority of the American People. Whenever the Soros fake media writes how President Trump caused outrage with…….write to the editors of those papers and express your profound objections to their cheap shots of our choice for the man in the Oval Office.

We are in the battle of a lifetime for the very soul of our nation.  Read that again, “for the very soul of our nation.”   The soul MUST be conceived as a moral organ. It is just that.  And what IS the moral state of the country?  The worst than it has ever been, and we are all paying the price for this depravity where right has become wrong and wrong has been declared right. That saps our strength physically and mentally empowering our enemies to be  better able to conquer us.

As Author James Baldwin states in his book, The Devil Finds Work–now let this soak in, “Moral change is the only real one” which means that if we put our souls totally into God’s Hands, we will be strengthened, make better decisions, and will have the ability to chase the enemy, which  means all those who have sold themselves to the devil incarnate, George Soros. THIS is the key to ‘making America Great Again.’ Bring back Morality. Preachers, man your pulpits!

Photo Caption: Would My Newspaper Lie to You?