President Trump blasted Mexico and U.S. Democrats in a series of early morning tweets Monday as a caravan of Central American immigrants makes its way largely unfettered through Mexico on its way to the United States’ southern border.

“Mexico has the absolute power not to let these large ‘Caravans’ of people enter their country,” Trump tweeted. “They must stop them at their Northern Border, which they can do because their border laws work, not allow them to pass through into our country, which has no effective border laws….”

America’s sheriffs “from sea to shining sea” this week composed and delivered a detailed letter and petition to all 535 members of both Houses of the U.S. Congress outlining their opinions regarding congressional action on securing America’s southern border.

The controversial letter — that was blasted by the likes of the New York Times, CNN, MSNBC and many other news outlets – was enthusiastically signed by over 310 sheriffs from up to 40 states. The politically-charged action was spearheaded by Sheriff Thomas Hodgson from Bristol County, Massachusetts, considered by most political commentators as being a so-called “Blue State.”

“We’re calling on Congress to take action now, on the security issues at the border and against sanctuary policies in our states, cities and towns. These sanctuary policies directly undermine and limit cooperation and collaboration between local, state and federal law enforcement, making it harder for America’s sheriffs to protect our citizens and legal residents,” said Sheriff Hodgson.

“Congress’ inaction undermines sheriffs’ ability to protect our citizens. Sheriffs across this country have signed this letter because Congress cannot continue to weaken our efforts to make our communities as safe as possible,” National Sheriffs’ Association Executive and CEO Jonathan Thompson said.

Letter sent to Members of Both Houses of U.S. Congress

Congress must act to pass legislation to secure our borders through enforcing immigration laws, tightening border security, support the replacement and upgrades to current barriers and fencing and construction of barriers along the U.S. and Mexico international boundary as requested by those areas where it is needed, suspending and/or monitoring the issuance of visas to any place where adequate vetting cannot occur, end criminal cooperation and shelter in cities, counties, and states, and have zero tolerance and increased repercussions for criminal aliens.

I stand firm with my fellow Sheriffs throughout our nation to have our borders secured first, in full cooperation and support of our promise and mission to uphold and enforce our nation’s laws, and we expect nothing less from Congress.

As elected Sheriffs, we have taken an oath to do everything in our power to keep our citizens and legal 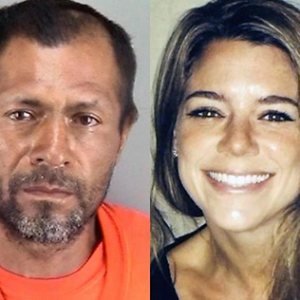 residents, our communities, and our nation safe. Year after year, we have been warning the Federal government about detrimental increases in transnational drug trafficking, gang violence, sex trafficking, murder, and other escalating incidents of crime by illegal aliens entering our country.

Because Congress has failed to enact the necessary reforms, our citizens and legal residents face even greater dangers, our national security is more vulnerable, and our enforcement efforts have been seriously compromised.

Sadly, today some state and local officials have been enacting policies and giving lawbreakers shelter from being rightfully prosecuted and removed from our communities. In fact, these same laws forbid law enforcement agencies from cooperating with one another, and go as far as forcing the release of dangerous criminals into our communities exposing our citizens and legal residents to be victimized once again.

In a recent announcement a certain state has even stated that they will prosecute law-abiding, hardworking business owners if they cooperate with law enforcement to identify and remove lawbreakers from the community drives our justice system to a new low. We cannot have lawabiding citizens threatened with criminal prosecution for cooperating with the very people who they trust to protect them.

The Sheriffs of this nation and all our law enforcement partners understand that the oath we took to uphold and enforce our laws is the guarantee that they can trust us to preserve their safety and protect their well-being. 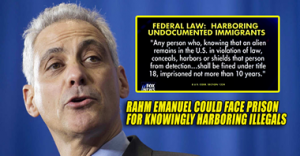 The failure of Congress to create legitimate and comprehensive immigration reform for more than 20 years has dramatically undermined our ability to keep our communities safe. This not only puts our law enforcement at serious risk for danger, but further puts them in an untenable situation of violating our oath and promise to enforce the law.

Further delay and inaction on immigration reform will cost more innocent lives, more financial hardships, and an even greater decline in the public trust that is essential to the preservation of our Republic.

Without border security and immigration reform, more Americans will continue to be victims of crime. Now is the time to act!
Signatures of 310 Sheriffs

The National Sheriffs’ Association (NSA) is one of the largest associations of law enforcement professionals in the United States, representing more than 3,000 elected sheriffs across the nation, and a total membership of more than 20,000. NSA is a non-profit organization dedicated to raising the level of professionalism among sheriffs, their deputies, and others in the field of criminal justice and public safety. Throughout its seventy-seven year history, NSA has served as an information clearinghouse for sheriffs, deputies, chiefs of police, other law enforcement professionals, state governments and the federal government.