Antifascist (ANTIFA) groups have become far more organized, equipped, funded, and even trained in special camps to bring about immense social disruption, property damage, business and financial loss, and violent clashes with law enforcement.  These groups are sorely underestimated by city and other elected officials, according to a National Association of Chiefs of Police intelligence report.

Do not confuse these zealots with the hippie rioters of the Vietnam War era of the late 1960’s.

The members of ANTIFA are extremely mean-spirited and violent.  Recruitment programs reach into the 6th grade level of schools, and indoctrination into Marxism is not hidden; whether for young students or college age adults who comprise the largest block within the organization.

The ability to be mobile, bringing additional resources to multiple cities simultaneously, is also a new development aided by large cash infusions from financial pockets dedicated to the overthrow of America, her values and principles, traditions and form of government intent on creating a Communist system.  This is not mere philosophy or flashy talking points, this is the “end goal” of the Antifa movement. 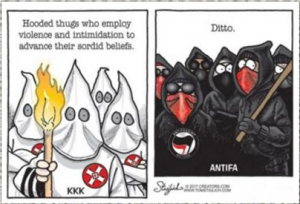 “There is still a common perception that workplace violence and school shootings, are random shootings just occur by someone who just snapped,” said Dr. Lyle Rapacki, the founder and CEO of Sentinel Intelligence Service, LLC.

“Knowing about a threat…knowing how to respond to a threat might make all the difference between successfully repelling an attack or succumbing to an attack; whether from terrorism or domestic violence or criminal activity, or even becoming a victim in a catastrophic event “down the street.”  If you are a leader of a business or corporation or the leader of a family, knowing what could jeopardize the safety, well-being and continuity of your business or family could determine if you will still enjoy your business or family after the threat announces itself,” notes Dr. Rapacki.

The Obligations of active ANTIFA members is to:

Mentioned below are depicting all of the aforementioned, and more.  The information is well researched and written for your easy study, and also provides a good working and tactical profile of these multiplying violent Leftist groups:

A suspected gunman, Robert Williams, allegedly ambushed two uniformed police officers who were sitting in a patrol van on a Saturday night, shooting and wounding one officer after a bullet grazed his chin and neck, narrowly missing his carotid artery. Neither officer returned fire. 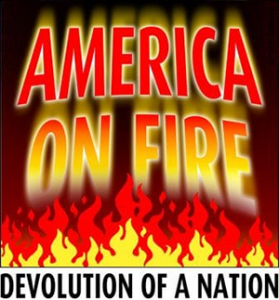 About 12 hours later, police say Williams then opened fire inside police headquarters at the 41st Precinct in the Bronx on Sunday morning. During the rampage, he struck a police lieutenant in the upper left arm, who returned fire but missed. The gunman shot through all the rounds of a 9 mm handgun before laying on the ground and surrendering to officers. (Editor’s Note: The 41st Precinct in the Bronx during the 1970s was known nationally as Fort Apache since the police station was surrounded by hostile criminals. A major motion picture — Fort Apache: The Bronx — starred Hollywood icon Paul Newman as a Bronx street cop.)

Both injured officers in the twin incidents were released from the hospital on Sunday and were greeted by claps and cheers from dozens of fellow officers waiting outside the hospital.

Mayor Bill de Blasio — who had come under harsh criticism from police officers in the past,is again accused of contributing to anti-cop rhetoric in the city– called the incidents “an attempt to assassinate police officers,” and condemned the acts of violence.

“He’s a cop killer,” NYPD union leader Patrick Lynch decried of Williams on Monday, before continuing to bash the “elected officials who rushed to the hospital,” after the attacks but “aren’t supporting us on a regular basis.”

“It’s not too late to stand up on that soapbox and say, ‘My words against police officers did damage. My words got into the heads of criminals on the street who thought they were safe enough to try to kill police officers,” Lynch said, taking aim at city officials like Mayor Bill de Blasio.

As time goes on, police officers across the country are being scolded and denigrated by politicians, mostly left-wing officeholders. After major police organizations and unions endorsed a second term for President Trump, the Democrats became more emboldened and actually refused police protection to American citizens.