Home/June 2017, Opinions/Are We Really Out Of The Paris Climate Agreement

Are We Really Out Of The Paris Climate Agreement

There is no proof that carbon dioxide is causing or precedes global warming…All indications are that the minor warming cycle finished in 2001 and that Arctic ice melting is related to cyclical orbit-tilt-axis changes in earth’s angle to the sun.  John Williams, agricultural scientist, researcher, author, and educator, University of Melbourne:

I submit that there is no man-made global cooling/warming, that there is no study or research data that makes a good argument to that effect when carefully examined objectively and that the Earth has many different and wide-ranging cycles that man cannot control, no matter how much he would like to Sherwood Thoele, analytical chemist and mathematician

The Constitution gives the President the power to commit the United States to treaties – but only with the advice and consent of two-thirds of the US Senate, and only if the agreement does not contravene the Constitution.  Keep that in mind as we look at Obama’s actions with the Paris Accord signing, as well as his actions with the Iran deal. 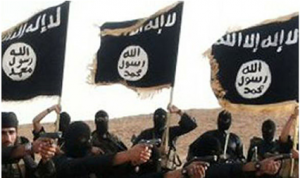 Breitbart had a recent article regarding the negatives of the Paris Accord.

The globalist, New World Order promoting President of the Council on Foreign Relations, Richard Haass, stated on twitter that it’s unwise to take us out of the Accord, and shows we’re no longer ready to lead.  What bull hockey!  Our President just saved American citizens from a criminal atrocity.

Obama’s Signature of Paris Accord Unconstitutional

The problem is that the Paris Agreement is certainly a treaty.