Take heed that ye despise not one of these little ones; for I say unto you, That in heaven their angels do always behold the face of my Father which is in heaven. Matthew 18:10 KJV

Common Core isn’t enough! Data Mining certainly not going far enough I guess! Privacy never even considered! Allowing them to use either gender bathroom the highlight of the past year and now the real damage overseen by Change Agent teachers.

Parents, have never heard of DARPA? We warned you this was going to be part of the Common Core implementation. Do you remember our telling you of the computer mouse which will track your child’s emotional responses to items thrown at them while supposedly learning at school?

Who the heck has given the Federal Department of Defense permission to be in your child’s classroom?

“The University of Memphis is seeking a licensee to commercialize a significant advance in the Intelligent Tutoring Systems (ITSs). The invention consists of software and proprietary algorithms which allow ITSs to sense and optimally respond to the learner’s (your child) emotional state and not simply their cognitive state.

The inventors are supposedly internationally recognized, award-winning leaders in Artificial Intelligence-based tutor system research. This technology is built on decades of research supported by millions of dollars of your money through federal grants. Award winning? In the mental and emotional manipulation of our children?

While current e-learning systems focus on knowledge and cognition, it is widely acknowledged that the next generation affect-sensitive ITSs will be the wave of the future. For example, the theme of the 14th International Conference on Artificial Intelligence in Education was on “Affective Modeling” –  detecting and responding to student affect.”

For me, it is like stripping a child’s mind and behavioral responses to a state of nakedness. There will be nothing about our children that will be private or sacred to the world, but manipulated. No protection of information guaranteed.

The people behind this I guess see it as an experiment on the fun side since they list two NOVEL ASPECTS making the system unique:

To what end? What is the point and purpose of this? To take their current emotional state and regulate it to what THEY believe it should be? What is wrong with a child having a negative emotional state which would be more likely responding to an event?

Is this the beginning of emotionally training your child to think as someone wants them to, not how it comes naturally to them or from their parents training?

Arthur C. Grasser, one of the inventors, is a professor of psychology and intelligent systems at the University of Memphis and has served as the editor of the Journal of Educational Psychology and Discourse Processes.

Danger:  Keeping in mind that our rights come from the Declaration of Independence, written BEFORE the Constitution, stating that our rights are unalienable and are endowed from our CREATOR – not our legislators, not our government and certainly not from the United Nations and their attempt at gaining control of our children through the United Nations Convention on the Rights of the Child (“CRC”).

“The ever-increasing use of children’s rights discourse by national, regional and international political institutions can perhaps be seen as a sign of the success of the United Nations Convention on the Rights of the Child (“CRC”), and of the internalization of the concept that children are independent rights holders, the ideological basis of the doctrine of children’s rights. Nevertheless, there is evidence that some advocates of children’s rights in the political arena are taking an over-simplistic, uni-dimensional approach to children’s rights which results in misrepresentation of the true interests of children. This risk is well illustrated by the recent resolution of the Parliamentary Assembly of the Council of Europe (“PACE”) resolution entitled “Children’s Right to Physical Integrity,” which inter alia expressed concern about the violation of the right to the physical integrity of young boys circumcised for religious reasons and made recommendations that States should consider placing restrictions on this practice”. [Link]

Imagine this scenario – the Intelligent Tutoring Systems monitoring your child’s responses all day long during different subjects, then the information being gathered with those of other children to modify and behaviorally train your children on how to think about numerous social and emotional events, even to the point of “dulling” their reactions or “increasing” them.

B.F. Skinner is dancing in his grave along with all the other freaks who have worked at using our children to achieve their personal goals. These people in my book are freaks!

Grasser’s co-buddy in this “emotional game” is Dr. Sidney D’Mello, a research assistant professor at the Institute for Intelligent Systems at the University of Memphis. He co-directs the Emotive Computing Lab. His primary research interests are in the cognitive and affective sciences, artificial intelligence, human-computer interaction, and the learning sciences. More specific interests include affective computing, artificial intelligence in education, speech recognition and natural language understanding, and computational models of human cognition.

British inventor Clive Sinclair has said he thinks artificial intelligence will doom mankind. “Once you start to make machines that are rivaling and surpassing humans with intelligence, it’s going to be very difficult for us to survive,” he told the BBC. “It’s just an inevitability.”

Even Bill Gates has sounded an alarm on “artificial intelligence” which is exactly what the ITSs system is intended to be used for. “I am in the camp that is concerned about super intelligence,” Gates wrote. “First the machines will do a lot of jobs for us and not be super intelligent. That should be positive if we manage it well. A few decades after that though the intelligence is strong enough to be a concern. I agree with Elon Musk and some others on this and don’t understand why some people are not concerned.” 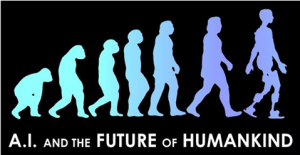 PARENTS IT IS TIME TO SOUND THE ALARM against this. Contact your Education and legislative officials and let them know you are against this system being allowed into our Educational Systems and our children’s daily lives..

If we don’t protect our children, who will?

ARTIFICIAL INTELLIGENCE (AI) is taking a giant leap in EDUCATION as schools seek to raise THEIR standards, looking for help for the schools – not our children, is coming in the form of virtual assistants packed with the power of artificial Intelligence.

Working to convince you AI will help the teachers and your children is the major goal today claiming it is a necessity because of the population growth and larger classrooms. Pearson, you remember them, are also deeply involved in this manipulation of our children.

Did you notice in the picture above that the AI is also supposed to detect your child’s NEEDS! Keeping our children buried in computers not only is not good for their physical and mental growth, but it is taking them away from personal interaction. The individuals creating and supporting this monstrosity believe they not only have the right to do this, they believe YOU don’t have the right to know what is happening in your child’s daily life.

Waking up at 5 A.M. with this type of information puts my mind in a tailspin – Wake Up Parents!

“Ours may become the first civilization destroyed, not by the power of our enemies, but by the ignorance of our teachers and the dangerous nonsense they are teaching our children. In an age of artificial intelligence, they are creating artificial stupidity.” — Thomas Sowell

And, ye fathers, provoke not your children to wrath: but bring them up in the nurture and admonition of the Lord. Ephesians 6:4 KJV