Secretary of Education Betsy DeVos continues her endeavor to move the United States toward regionalism. In October, DeVos tried to breathe new life into tax-credit scholarships…but no go. “I remain dumbfounded that some conservatives who masquerade as education reformers criticize this proposal,” she said at the American Enterprise Institute, a conservative think-tank in Washington, DC.

Understand what DeVos has just said…it’s the IRS and the portal would suck private and religious schools through that dark hole of regulations and control. DeVos also had to explain to Congressional hearings last year about her mismanagement of the $1 billion worth of charter school fraud.  (Source: Things didn’t go well when Betsy Devos was confronted her departments charter school)

Choice in education issues should be discussed on the front burner of this debate. However, remember, this trend toward socialism can not be reached until CHOICE is codified in law because the power of the taxpayer MUST be cut out of the loop. No voice, no vote, no power to change the system which can only be accomplished with CHOICE dollars. Collapsing the public school system is the agenda. This means your tax money is given to redefined Title I “poor” children with poverty guidelines erased. This also means that any child can receive these choice dollars to go to any school, anywhere, to collapse the tax base enforcing the need for regionalism. Socialism is all about compliance and taking away your individual rights to benefit the whole. That is why tax credit scholarships or CHOICE in education in some form will be needed to regionalize the system in the future.(Source: Past article: Senator Cruz S 306, Ted Cruz Kills the American Dream, Current article: Choice is the Kiss of Death,)

Most people do not realize the impact this superficial “we’re going to help the poor child stuck in a really bad school” marketing ploy to move this country into socialism. So while she tries to rekindle her first plan of attack, the next vain of contention for DeVos are charter schools supplied through Enterprise Zones Tax Credits also in Trump’s budget marked with billions of dollars. Businesses are supplied with apprentices called kid-tech-ed raw material.

So, while that tax free scholarship idea is dying on the vine that set up regionalization by fiat, the other shoe drops. DeVos now pushes billions of dollars called Enterprise Zone Tax Credits. These funds authorize the designation of Qualified Opportunity Zones (i.e., designated distressed communities), to promote economic development and job creation in distressed communities through preferential tax treatment for investors. Tax incentives are given to attract investment in business or real estate located within certain economically disadvantaged neighborhoods with the goal of revitalizing those areas. States select low-income census tracts to carry the federal designation.

“The initiative allows people to sell stocks or other investments and delay capital gains taxes for years — as long as they plow the proceeds into projects in federally certified opportunity zones. Any profits from those projects can avoid federal taxes altogether.“ ( Tax opportunity zones)

This neatly ties together Title I (poor neighborhoods called opportunity zones) creating a new workforce (poor children turned into human capital for business ventures legislated in WIOA, Workforce Innovation and Opportunity Act) and funding charter schools (publicly funded private education with no elected school boards.) So, forget regionalization for now, and watch the move to start more charter schools in these poor neighborhoods to get the transfusion of taxpayer money directly into the private, charter school vein through public-private-partnerships, 3 P’s.

“Private consultants will work with charter school networks to assist in opening more of the publicly funded, independently managed schools in economically distressed areas that qualify for the use of an investment vehicle called an Opportunity Fund, allowing them to defer taxes on capital gains by investing them in projects in those zones instead. And investors could potentially avoid taxes for profits they make within opportunity zones altogether.”  It’s a bonanza for business and this is how Trump’s Tax break to help poor communities became a windfall for the rich.  (Sources: [Source 1], [Source 2], [Source 3])

How would these tax benefits help schools? Public schools, including charter schools, could partner with private enterprises for facilities funding made available through the zones. This arrangement could extend to schools’ participation in mixed-use developments and partnerships with things like health centers and libraries according to an article published in July in the journal Education Next. (Betsy Devos wants to prioritize education funding for opportunity zones )

Obama created national models called 21st Century Promise Neighborhoods and Promise Schools. Technically it transformed poor neighborhood schools into school-based-Medicaid clinics offering workforce training, medical and mental health services at school as the hub of the community. HHS funded this original “womb to tomb” programming through ObamaCare which fused education with healthcare. The history behind the “Medicalization of Schools” was created through HillaryCare, a dire memory from the past, (Womb to Tomb) 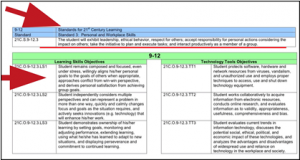 ESSA, Every Student Achieves Act, mandated mental health reconditioning for the first time in history instead of the 3 R’s. Common Core would provide the base knowledge for “functional literacy.” But the mental health intervention strategies codified in law will change our American children into the worker drones for the global economy birth to age 21 with social and emotional learning (mental health conditioning) as the key ingredient. No child will escape, especially independent thinkers, children of patriotic parents, or any child who refuses to bend under the grip of these “change makers.” This is why the Heckman/Duckworth treatises push early childhood education. By starting early, the end result is accomplished sooner. (Read Big Brother-Eugenics-or both. No one is watching the crippling anti-American brainwashing creeping through the school-house backdoor.

These endeavors bill and tie Medicaid to our schools whereby schools become medical models that fund the mental health reconditioning, re-skilling, and psyche interventions of our American children through social and emotional behavioral conditioning referred to as pipeline services. (Sources: [Source 1], [Source 2])

“Student remains composed and focused, even under stress, willingly aligns his/her personal goals to the goals of others when appropriate, approaches conflict from a win-win perspective, and derives personal satisfaction from achieving group goals.”

As you read these subjective and arbitrary emotional learning objectives, think about the artificial stress hoisted on our kids proving psychological behavior change is rampant and forced on our children at school. The idea of the individual must be banished from society. Parents have looked the other way. Our children are depressed because the American ethic is being throttled. It’s the process of forging a new mind-set in our children to accept globalism. No individuals allowed. It’s the group.