Southern Poverty Law Center (SPLC) is regarded by many journalists as the gold standard for information on hate groups. But its record is dotted with inconsistencies—it has itself engaged in hateful discourse against some traditionally minded organizations: branding the Family Research Council a hate group is one glaring example. Not as well known are its more subtle ways of emitting bias.

SPLC issued a statement on April 3 about a federal court judge’s decision against Matt Hale, an imprisoned neo-Nazi who sued the Federal Bureau of Prisons for violating his religious rights; prison facilities monitored his mail, disallowing incendiary material. U.S. District Judge Marcia Krieger of Colorado ruled that Hale’s religion, the Creativity Movement, failed to meet four of the five legal determinants of what constitutes a religion. Ergo, his religious rights were not violated.

Judge Krieger’s decision was a model of excellence: Hale’s “religion,” she said, was essentially a secular philosophy, and a hateful one at that. 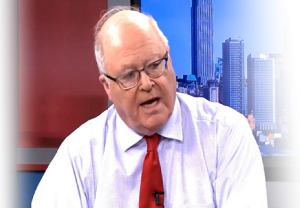 The issue for the Catholic League is why SPLC, which accurately cited Hale’s hatred of Jews and African Americans, didn’t mention his anti-Christian, especially anti-Catholic, animus. A thorough check of its many reports on Hale, and his predecessor, Ben Klassen, found scant mention of either man’s hatred of Christianity, in general, and almost no mention of his hostility to Catholicism.

Hale is serving time for soliciting a hit man to kill a federal judge. A failed lawyer, he is a real wacko. According to SPLC, “He never had a serious job, sported a Hitler wristwatch and used an Israeli flag as a doormat outside his room [he spent almost his entire life living in his father’s house in East Peoria]. He kept a collection of teddy bears on his bed, and although he eventually married—twice—neither union lasted more than a few months.” 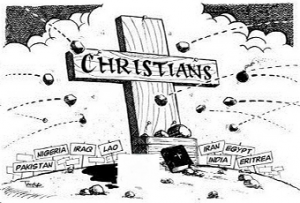 Klassen, even more than Hale, made known how much he hated Christianity. He called Jesus a “fiction,” whose fictitious followers practiced celibacy, self-denial and pacifism. They also professed to love their enemy, all of which he said were “wimpish ideas attributed to Jesus Christ, the holy guru of the Roman Catholic Church.”

Regarding Jesus, and the first appointed pope, Peter, Klassen said that “this actually has no historical basis in fact, any more than the story of Mother Goose or Santa Claus. There is no historical evidence that either Christ, or Peter, or Matthew, Mark, Luke and John ever existed.”

Given all this, how did the Church proceed? It used “terror, torture and tyranny,” perfecting “the Jewish techniques of total mind enslavement.” Furthermore, the Church “is outright hostile to the White Race and strongly favors the rights and interests of the niggers, Indians and mud races of the world. From its inception, the creed and teachings of the Catholic church have been an unmitigated disaster for the White Race.”

Klassen and Hale were hateful men who took aim at Christians, as well as Jews and African Americans. So why does SPLC fail to profile their bigotry targeting Protestants and Catholics?

This is not the first time this has happened, and it is not unique to SPLC. When the media talk about the Westboro Baptist Church, we hear about the church’s hatred of African Americans and homosexuals, but not much about its animus against Catholics. Similarly, the Ku Klux Klan is anti-Catholic, anti-Jewish, and anti-African American, yet we hear little about its hatred of Catholics.

When SPLC whitewashes the anti-Christian bigotry of Klassen and Hale—focusing almost exclusively on their hatred of African Americans and Jews—the implication is that the victimizers are Christians. After all, if 70 percent-75 percent of Americans are Christians, who would the offenders be?

All manifest demonstrations of bigotry should be condemned equally. When politics intercedes—elevating some expressions over others—it does a disservice to justice. And it calls into question the sincerity of those who purport to be outraged.