Home/April 2018, Opinions/British Double Standard: One For The Royals Another For The People

British Double Standard: One For The Royals Another For The People

When I was a child, I had my very own bodyguard. His name was Robert Barker, and he was the boy next door.

If anyone at school threatened me, then the name of Robert Barker would be sure to send just a few shock-waves through the mind of any kid who thought they could beat me up or threaten me.   He was a very useful neighbour to know.

At home, I would secretly design wedding dresses; this was my knight in shining armour.   He was tall, dark, and had muscle. 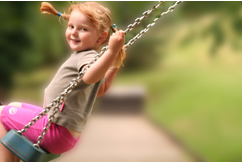 One evening, whilst sitting safely on the garden swing in my own back garden, I noticed Robert was looking out of his bedroom window.   He vanished, and then returned with his air rifle and shot a bird that was innocently sitting on a branch right above me.  As it landed at my feet, with its wings splayed, I noticed there was blood leaking from its motionless chest.   He had already filled my mother’s garden ornaments with lead pellets and destroyed them, now he had taken the life of this innocent little bird.  There and then, as I looked up and saw Robert Barker grinning from ear to ear with pride, it was decided; this marriage had ended, and it was the end of my very fine romance.

Boys with air rifles were just a little bit too risqué, I would now rely on my own awareness, a bit of charm, and a small black plastic spud gun, which could possibly look real to the unsuspecting.

But as the years have passed in England, and where our total dependence on an overworked and depleted police force, and a considerable rise in violent crime now dominates society, personal protection seems to only be afforded to those of a special status. Even in your own back garden, there is an extreme vulnerability in every aspect of life for the ordinary man and woman.

Peace at What Price!

As London is now considered a city to be more violent that New York, with the investigation of 55 murders taking place in this year alone, the recent story of a 78 year old South London homeowner, Richard Osborn-Brooks, who recently defended himself and his wife with a ‘screw-driver’ in his own home, and was later arrested for murder, has bought to light not only what constitutes ‘reasonable defence’ for an un-armed individual, but has highlighted our own personal ethos, and what weapon, what action, and what tactic we may be allowed to use if faced with a similar situation to Mr Osborn-Brooks.

Following the Bataclan massacre in Paris, 2015, when Islamic terrorists shot and killed 90 concertgoers, staff at my place of work were seriously planning their escape routes should a similar incident ever occur in the relatively quiet, semi-rural, and un-noticeable building that we work in.

Was this an indication of an overly-reactive knee-jerk mentality to an isolated event, or a realistic view of just some of the dangers we now face in Europe?

Our cities, towns and some of the surrounding suburbs have now become places where your only protection may be to avoid them at all costs. If you have to travel through some area’s you lock your doors, and you most certainly do not partake in any type of confrontation with another driver or get out of your car. At a moments notice, the polarization of yourself as an individual and the area that you find yourself in may become painfully clear. The streets now belong to a more aggressive and streetwise individual, who, in the absence of a police presence, has claimed ownership. Whereas, these areas were once in a minority; like a virus, petty and violent crime is spreading and it is creeping up upon many areas across the country which were once considered relatively safe.

In many instances, the law is also favouring the side of the aggressor and not the victim.  This is creating an overall tension, a state of suspicion, and an increased fear across the country.  The initial arrest of Mr Osborn-Brooks, although he has now been released, raised an overall national outcry.  This is because there is now a very long history of unfavourable outcomes which has seen perpetrators of crime walk free based on their human rights.

As we live in a country where individual protection has been largely handed over to the state, people are now crying out for more law enforcement and a more visible presence of police on our streets.  However, will this usher in a police state, where we might see armed servicemen and police patrolling the streets as we once witnessed in Northern Ireland (1969-1998)   Is this now our very own era of ‘troubles’? [Link]

A Return to the Garden

Feeling safe, by whatever means, within your own home and garden, should be an individual’s right, regardless of your position or status in life.

Today in 2018, because of the increase in crime in the UK, I would once more dearly love to have my very own Robert Barker to keep a watchful eye over me. Despite his child-like enthusiasm to impress the girl next door by shooting a bird, in our school days he still had a heart for protecting the weaker person from the bully.

In the face of the continuous growing evil which we confront today, I have slowly re-kindled my love affair towards those who know how to physically protect themselves.  I understand more clearly the battle we face in an imperfect world.

The reality is that evil holds no fear in killing someone.  Your charm or vulnerability, and even an escape plan, cannot deter an assailant who wishes to destroy you.  Mr Osborn-Brooks only had a screw-driver to protect himself and his disabled wife.  Unfortunately, it fatally wounded his assailant, but what would have happened if he had not attempted to protect his family?

How fortunate are those who are able to be physically protected?

In 2013, whilst walking in his own back garden in the grounds of Buckingham Palace, Prince Andrew was not so grateful.   When armed policeman designated to protect the royal family mistook him for an intruder and he was ordered to identify himself, he reacted angrily by saying “Don’t you know who I am”.   It is reported he was ‘incredibly’ angry as he didn’t like guns being pointed at him. Later, it was reported that the police had to profusely apologise to him.    He offered this conciliatory statement:

‘The police have a difficult job to do balancing security for the royal family and deterring intruders, and sometimes they get it wrong.’

But hinting at his anger over the confrontation, he added: ‘I am grateful for their apology and look forward to a safe walk in the garden in the future. 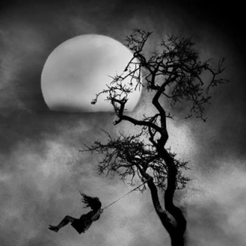 The garden fences are down, we have no security patrolling our grounds, wolves and foxes trample over the flower beds as they weave their wave through urban streets in the dead of night looking for any left over pickings and an easy pocket to pick or pounce upon. In the distance, there is the sound of running.

I remember life as a child and the safety of the garden.  Come back Robert Barker, you can bring your air rifle, some real muscle, a catapult and your cheesy grin; all is forgiven.