“Enactment of a national CCW reciprocity law could cut the legs out from under opponents of the right to self-defense and send anti-gun proponents packing,” gun policy expert and police adviser John M. Snyder told Conservative Base on Monday. 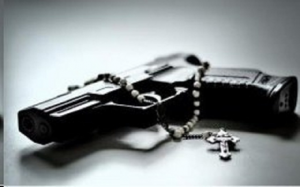 Besides the Washington Post and New York Times dubbing Snyder the “dean of Washington gun lobbyists,” he is a well-known law enforcement advisory board member for both the National Association of Chiefs of Police (NACOP) and the American Federation of Police & Concerned Citizens (AFP&CC).

“It’s time for Congress to move forward with this proposal,” he declared.  “President Donald Trump already has indicated he favors such legislation,” he reminded readers. Some initial endorsements Trump received during the early days of his presidential campaign was from the National Rifle Association (NRA), the National Border Patrol Council, and the union representing Immigration & Customs Enforcement (ICE) agents and officers.

Snyder explained: “Such a law would enable an individual who legally could carry a concealed firearm in a state to carry [it] throughout the country.  It would enable a man or woman legally qualified to carry a concealed firearm in one state to carry in other states as well.  It would under-cut the anti-gun laws of states that are recalcitrant in recognizing the right to keep and bear arms, even for self-defense. The right to carry situation in some ways would be similar to national automobile driving reciprocity.”

“The National Rifle Association, Gun Owners of America, Citizens Committee for the Right to Keep and Bear Arms and other firearms rights organizations support some form of this legislative concept,” Snyder noted.  “The Second Amendment community is in strong support of this legislation,” he added.

“On Capitol Hill, the framework for some form of national concealed reciprocity already has been set,” said Snyder, who is a former editor for NRA magazines.

In the House of Representatives, Rep. Richard Hudson (R-North Carolina) is the sponsor of the proposed Concealed Carry Reciprocity Act of 2017, H.R. 38, along with 207 cosponsors.  Its passage rests with the House Judiciary Subcommittee on Crime, Terrorism, Homeland Security, and Investigations.

Rep. Hudson’s bill, which is supported by major pro-Second Amendment groups, would allow people with a state-issued concealed carry license or permit to conceal a handgun in any other state that allows concealed carry, as long as the permit holder follows the laws of that state. It also allows residents of Constitutional carry states the ability to carry in other states that recognize their own resident’s right to concealed carry.

“Our Second Amendment right doesn’t disappear when we cross state lines, and this legislation guarantees that. The Concealed Carry Reciprocity Act of 2017 is a common sense solution to a problem too many Americans face. It will provide law-abiding citizens the right to conceal carry and travel freely between states without worrying about conflicting state codes or onerous civil suits. As a member of President-elect Trump’s Second Amendment Coalition, I look forward to working with my colleagues and the administration to get this legislation across the finish line,” Hudson said in a press statement. (See video of his Fox News interview posted below.

Meanwhile, in the Senate, Sen. John Cornyn (R-Texas) is the sponsor of the proposed Constitutional Concealed Carry Reciprocity Act of 2017, with 37 cosponsors.  It was referred to the Senate Judiciary Committee.

AWR Hawkins, the Second Amendment columnist for Breitbart News, wrote Saturday that “gun control activists are up in arms over the legislation, because it would immediately do away with strict gun controls in a number of states.”

“Actually, that’s a good reason for supporting it and promoting it.  The gun haters have had too much to say for too long.  It’s time to turn the tables on them and tell them to get lost,” Snyder said in a tongue-in-cheek comment regarding a number of Democrats and liberal Republicans.

Snyder was named “a champion of the right of self-defense” by the Washington Times, the “gun dean” by Human Events, and “the senior rights activist in Washington” by Shotgun News.  The Trace designated him a power broker.  He holds AB and MA degrees in government from Georgetown University.