A vicious rapist has kept the church of Jesus Christ in fear since 1954. Church leaders are afraid to speak out or to attempt to take any action. However, one of the many traits of the rapist is that he wants to intimidate, overpower, and to take anything he wants in a manner that discourages resistance. Many rapes are not reported because of the pressure and implied consequences. 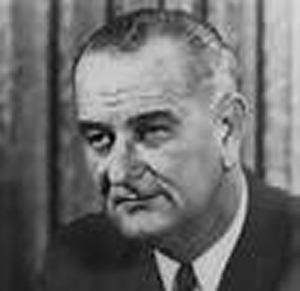 The code name of this rapist is: 501(c)3. Yes, the church tax exemption number that a “benevolent” government issues to pastors and houses of worship which excludes them from paying taxes.  However, there is a price to pay since chains along with a gag order come with this government gift to churches.

With this government partnership that should never have happened, the churches are forbidden to take any kind of political stand, or discuss any kind of political issue including and especially abortion and sexual sins. And the feds monitor the pastors and their churches to be certain this stipulation is not violated.

So much so that the lesbian mayor of Houston made it law that every pastor in the Houston area had to submit an advance copy of their coming Sunday sermon to show that there are no political statements in the message involving LGBT. Fortunately that was only temporary since there was such a public outcry that the bill was scrapped.

Pastors became so constrained by the tax-exempt status, that they lived and worked in fear hoping they did nothing that would jeopardize that standing. Preaching against any sin was virtually abolished from the pulpits. The pastors did not want to lose the money they were saving by not paying taxes. Here we go again. Derelict of duty totally based on money.

First of all, it was never intended for churches and ministers to pay taxes. The churches took care of so much charity work, which saved the government tons of money that the churches were tax free from the beginning. This point is emphasized in a book written by Rev. Carleton Booker which shows how to get a rightful tax exempt recognition without enormous fees, paper work and bondage. This ministry received our status with nothing but a modest filing fee using the instructions in that book.  The link to a review of the details.

Even though it totally violated the “separation of church and state” (that was never in an official document), the state forced a partnership with the church. Weddings, which were always the sole function of the church, that issued the marriage license, suddenly required couples to pay for a state license in order to get married. Those marriages were not recognized as legal without that state imposed license.

Then, on July 2, 1954, Lyndon B. Johnson was irked that some churches objected to him running for a political office and spoke against him from their pulpits. Thus was born what became known as “The Johnson Amendment” which was passed by congress as an amendment to section 501(c) 3 of the federal tax code, which stated: “Entities that are exempt from federal income tax cannot, “Participate in, or intervene in (including the publishing or distributing of statements), any political campaign on behalf of–or in opposition to–any candidate for public office.” That is the date in history when the churches were muzzled.

And, by the way, I still am curious to know what Johnson really knew about the assassination of President John F. Kennedy.

One of my very favorite columnists is Coach Dave Daubenmire who writes for News with Views. He is totally wired in to the events of this world which he reports with corn field wisdom, which frankly is the best. I know how much I value my own down home country preacher, Rev. Steve Moore, with similar wisdom which blesses me every service.

Coach Dave asked significant questions which this columnist failed to do and analyzed the situation.  And he nailed it!  In his column today he asks:” Did you know that some of the most God hating organizations in America hold the same symbiotic relationship with the government that most American churches have?  Did you know that Planned Parenthood is a 501(c)(3) organization just like your local church?  Did you know they are actively involved in politics? There is a video of a former Dallas Planned Parenthood Director speaking out about the “Monthly Abortion Quotas” that has been hidden from the public. It’s truly shocking.”

NAMBLA–the North American Man Boy Love Association, an organization that intends to pass a law legalizing the sodomizing of children, yes, CHILDREN–little boys. And they are allowed to hold meetings in government facilities including libraries where children gather.

George Soros has almost two hundred 501(c)3 organizations for the sole purpose of taking down America, manipulating its politics to put our country into the New World Order under Communist dictatorship.  Yet the church, under that same legal protection can speak nothing about politics or sin.

Coach Dave goes on to ask: “How about the Southern Poverty Law Center?  Did you know that this Christ-hating organization has a similar tax exempt status as your church?  How about Right Wing Watch?  The Sierra Club?  Did you know that the ACLU is not Tax exempt…BUT…the ACLU Foundation is?  Can’t you see that these are simply different denominations of the religion of Atheism and Humanism doing all that they can to destroy Christian-America?

Yes, you read that right.  God-hating organizations have free speech rights…but Christian churches do not.  At least that is what the God-hating government wants you to believe.

Just this week some emails were captured that prove that there is an organized war against President Trump and conservative Christianity.  The Left is doing everything they can do to overturn a duly elected Presidency.

It clearly spells out the strategy to undermine America.  Oh…did I mention that the lead organization Media Matters is a 501(c)(3) organization…just like your local Christian church?  I thought tax exempt organizations were not permitted to get involved in the political process?  Only Christian organizations, I guess.

Yes, there is a rapist in town, and he is raping the church every hour of every day. It is time to put a stop to this and we can. Thank God we have a new president who will help us.

For the complete story on this subject by Coach Dave Daubenmire, here is the link to see it as published on NewsWithViews.com: “The Make Believe Muzzle”