Although the federal law enforcement officials including Special Counsel Robert Mueller will jump all over a case involving a Republican ordering a Black Russian at a local tavern, when it comes to Democrats, they are usually, if not always, given a pass, complains a former police detective who now defends officers accused of wrong doing.

This week, for example, Sen. Dianne Feinstein, D-California, revealed she received a letter a couple of months ago from an anonymous woman who accused Supreme Court nominee Judge Brett Kavanaugh of an inappropriate sex act when he was in high school.

Despite having the accusatory letter in her possession for weeks, Feinstein decided to allow the story to be leaked to the news media as the day for the Kavanaugh’s Senate vote approached.

There was absolutely no investigation of Feinstein, who many suspect had saved the letter and kept it secret in order to use it strategically to “put stink” on the Senate’s examination of Kavanaugh’s political, judiciary and personal history.

Then on Sunday, the unreliable Democratic-Party propaganda machine, the Washington Post, 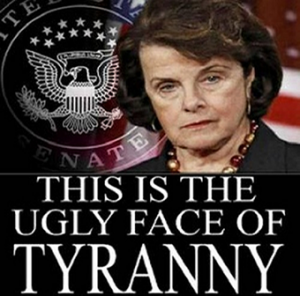 reported that the woman accusing Supreme Court nominee Brett Kavanaugh of sexual assault came forward with her explosive allegations on Sunday, saying the supposed attack “derailed me substantially for four or five years” and claiming that the episode rendered her “unable to have healthy relationships with men.”

The mystery woman identified herself as Professor Christine Ford of Palo Alto University, a known hotbed of radical left politics.

“This is just another example of the Democrats using salacious sex crimes stories to derail a conservative. If anyone believes that this woman wasn’t coached by Deep State operatives, then they must be willing to forgo all independent thought,” said Michael Snopes, a former sex crimes unit detective. “These [Democratic Party] people play for keeps. It’s a ‘take no prisoners’ mindset by political operatives with no regard for truth and honesty,” Snopes added.

What appears even more suspicious, was Feinstein’s link to Chinese espionage, in which she claims no secrets or classified information were stolen by a spy.

According to Sen Feinstein’s hometown newspaper, a member of Sen. Feinstein’s San Francisco office staff was fired a few years back after he was exposed as a link to Chinese spying in the San Francisco Bay Area.

A Politico story on high-tech Silicon Valley espionage, mentioned the Feinstein staffer was allegedly under suspicion in a case of providing political intelligence to his handlers. The news story claimed that a former intelligence official said the suspected Chinese informant was only one of several being “handled” by the local Chinese Consulate.

A source who was aware of the incident said the FBI showed up at Feinstein’s office in Washington, D.C., about five years ago to alert the then-chairwoman of the Senate Intelligence Committee that her driver was being investigated for possible Chinese spying. The chairwoman of the Senate Intelligence Committee had no idea that a Chinese spy was in her office and automobile.

According to the same news story, the already compromised FBI decided the spy stole nothing of 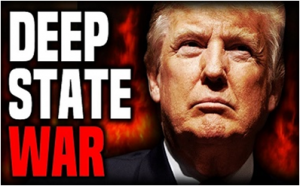 significance and closed the case once Sen. Feinstein told them the suspected spy was “retired” and stole no classified information. “How did she know that? Here’s the woman the Democrats and the news media called — and still call — ‘an expert’ in intelligence oversight, who had a spy working for her in a position that gave him ‘alone time’ in the car with the senator and someone who traveled with her to Washington, D.C.,” said Mike Baker, an attorney who has experience representing cops. “In cases I’ve handled, a police officer would be either fired or at least suspended, especially if that police officer ‘sat on the evidence,”’ said retired Mike Baker.

Not to allow another Democrat to outshine her, U.S. Rep. Debbie Wasserman-Schultz garnered a few headlines when it was discovered she hired three Muslim brothers from Pakistan, a country known for its duplicity, to help manage the Democratic National Committee’s information technology (IT) for the Democrats in Congress. While the FBI investigation, the DOJ prosecution and the Imran Awan trial hardly received any news coverage and most of the usual suspects attempted to turn the case into an insignificant occurrence, Awan ended up being acquitted.

“I’m so angry with the federal cops who have allowed themselves to become the Democratic Party’s secret police with the help of the news media propaganda machine,” said former Det. Andrew Coiller, who has investigated espionage cases and conspiracies. “If you’re still not convinced of collusion between Democrats and foreign intelligence agents, just follow the next case that is covered by the mainstream news outlets,” Coiller added.