The Islamic Republic of Iran has entered its fourth decade, and the values and legacy of the Revolution it was founded upon continue to have profound and contradictory consequences for Iranian life. They have ruled over the defenseless Persian people with iron fists and absolute power. As a result, millions of Iranians were forced to flee their home to the four corners of the globe.

Those remaining have been targeted to waves of arrests of largely innocent people. They have been accompanied by widespread torture, rape and mass executions. Tens of thousands more were torn away from their homes and moved to Islamic dungeons. These prisoners of conscience were forced to confess to crimes they never committed, and then either exterminated or sent back to medieval Islamic torture chambers where they simply faded away. It is difficult for many people to even talk about these horrible tragedies under the Islamic rules in Iran. I personally spoke with a few lucky ones who managed to flee the country in the 90s.

In 1979, upon returning from his long exile, Ayatollah Khomeini set the stage for gaining absolute power via primitive Islamic rules and by employing hundreds of thousands of zealous revolutionary guards and militia police against opposition elements within the country. The machinery of coercion went to work against the Iranian people who were unaware of the plot of one the greatest terrorist minded individuals of the twentieth century, the Ayatollah Khomeini. The year 1979 was the beginning of the rejuvenation of the evil empire of Islam.

The propaganda apparatus of the newly emerged empire of evil went to work.  They began with their 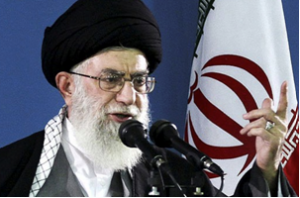 Cultural Revolution. Numerous political figures, clerics and academics were involved in the cultural revolution between 1980 and 1983. They expelled some 700 University professors from Iran’s academic institutions in a short time. The universities were finally closed in June, 1980, and the purification process began.

The execution of thousands of prisoners of conscience by the direct order of the founder of the Islamic Republic, Ayatollah Khomeini in the Summer of 1988 , reached its height.

In his speech, the Ayatollah Khomeini said:

“Those who are in prisons throughout the country and remain committed to their support for the “Monafeqin” [Mojahedin, or the MEK], are waging war on God and are condemned to execution…. Destroy the enemies of Islam immediately. About the cases, use whichever criterion that speeds up the implementation of the [execution] verdict.” 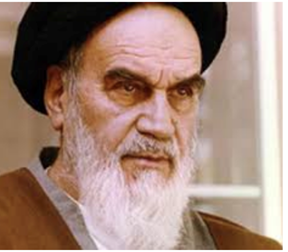 Ayatollah Khomeini’s notable legacy will live alongside the most infamous and hated men in history, such as Adolph Hitler, Joseph Stalin, Pol Pot and Saddam Hussein who sent millions of their own countrymen to their deaths! Iran’s leaders have turned a wealthy country with a rich history and culture into an economically depleted rogue state whose chief exports are violence, bloodshed, and chaos.

That is how the Iranians learned of Islamic justice. That is how the Iranian people gained first-hand experience of the rotten laws of Islam in their society. And that is why after 40 years of incessant indoctrination of Islamic propaganda, Iran has the largest anti-Islam population in the entire world, and a huge pro-western youth. The Islamic Republic brainwashing machine has simply backfired on them.

Ironically, the more vociferous Iranian people became in defying the terrorist State, the more European countries were engaging in appeasing the Islamic tyrants. They looked the other way then and they are looking the other way now.

The only way to stop Iran ‘s despotic regime from another holocaust, is to help Iranians change the regime themselves.  Notably, the Islamic regime has no fear of any foreign invasion. Their only fear comes from within, the Iranian people.

On the 14th anniversary of the death of the Ayatollah Khomeini, the Supreme Leader Ayatollah Ali Khamenei spoke “The American threats are not new. They have threatened us since the beginning of the Islamic revolution. They know that militarily attacking Iran and the Iranian nation would mean suicide for the aggressor.”

Millions of Iranians consider the mullahs, their lackeys and lobbyists as true enemies of Iran. Iranians 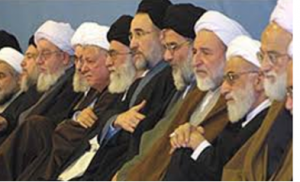 have never asked for charity from anybody, but all they are saying is that people and countries that are at clear risk from the mullahs ought to step to the plate and help the Iranians, in numerous effective ways to get rid of these usurpers, these religious fanatics who are hell-bent on promoting their deadly agenda. The Iranian people will most assuredly dislodge these wolves and try them for their crimes with all due process, the due process that they have completely denied the people of Iran for 40 years. But, tried they will be and we need help from our friends to destroy the common enemy before it escalates its bloodletting program, both in Iran and against Israel and eventually engulfing the entire region. 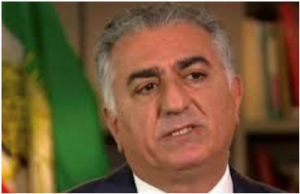 We have invaluable allies on the ground in Iran. There are some 50 million Iranians who are the best hope of the world in that part of the world. These enlightened Iranians despise the Mullahs and have no animosity toward Israel or the United States. Most of these people are well-educated and smart and have broken away from the slavery and fraud of Islamism. They are in the best position inside to send the Mullahs packing for good. We must also support Prince Reza Pahlavi from the outside who has the full support of Iranians inside. Prince Pahlavi has been advocating a referendum for the people to decide for themselves what type of government they desire.  “Iranians are the ones who decide their own destiny and the future form of their government in a free and democratic referendum.”

In short, European countries must join the United States in ending the rule of these religious fanatics. Instead of throwing a lifeline to the sinking ship of the Mullahcracy, we must act resolutely in doing everything we can to help the Iranian people to defeat the Mullahs. This is our best bet to end the mullahs’ reign of terror.