Home/January 2022, Opinions/Democrat Party is a Wholly Owned Satanic Subsidiary of the Luciferian Globalists

The Democrat Party is a wholly owned Satanic subsidiary of the Luciferian Globalists who are making what they hope is their final power play right now in Washington D.C. and all across this nation. With few exceptions, the Republican Party is clueless about how to stop this coup d’état in broad daylight. In fact, many of them are riding alongside of their Democrat counterparts in the take-down of America and are just as culpable.

Satan, with the assistance of the Chinese owned U.S. entertainment, media, and education systems, aided and abetted by the tyrannical judicial and civil governments at every level, has done an effective job reprogramming and literally dumbing- down Americans. Now we see little more than programmed zombies marching to the orders and propaganda of evil doers. 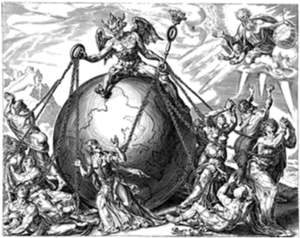 God has appointed watchmen in every generation. When the watchman’s cry is heeded, disaster is averted. When the watchman’s cry is ignored, a nation suffers and is often conquered and enslaved. Yet, today, we have Christians, even pastors, saying that we should not cry out that something is wrong or stand against it. Christians scorn those who warn, accusing them of being divisive.

The stark reality of America today is that we have become an abomination and deserve the severest judgment by God. After you read the list below, ask yourself, “What is righteous about any of this?” Then ask yourself a second question: “Why do woke Christians, the woke church and the self-proclaimed evangelical left support these things or remain silent about them?”

When I hear people say we just need to just preach the Gospel, I fear I am looking at a spineless coward who does not have the courage to stand against evil and do hand-to-hand combat with the enemies of God. Or, perhaps, the one who falls back on the excuse of “we just need to preach the Gospel” thinks that it is the sum total of what he or she is required to do for the Lord Jesus. That person is very much like the one who believes they have served God by attending church once a week.

People who think all we need to do is preach the Gospel are most often looking for a convenient way of escaping the call to duty as a soldier of Christ. There is often a battle that goes on for the heart and mind of an individual before they are willing or ready to hear anything about salvation through faith in Jesus. Conversations with those who are willing can take time when a humanistic worldview must be replaced with a biblical one.

I have made the observation many times before, and I make it again now: Preaching the Gospel is going to abortion clinics, literally state-sanctioned murder mills, and pleading with women not to end their child’s life. There are other options besides murdering the innocent, and people need to hear about them.

Preaching the Gospel is going to shame parades and telling homosexuals, lesbians, transgenders, and pedophiles, as well as others suffering under the bondage of sin, that God did not create them that way. There is freedom from their darkness through Christ.

Here is what it means to follow Jesus and carry your cross daily: it means that you will stand in stark contrast to the world at large. It means that your time and energy are not spent vainly trying to keep up with what the world says is important.

Your life and actions will be a protest against an ungodly world. You will be scorned by the world, misunderstood by your family and woefully out of step with what the world values and exalts.

A.W. Tozer remains a giant of the faith nearly sixty years after he went to be with Jesus. He wrote about the apostasy of the days in which he lived. It has grown exponentially worse since then. Tozer observed:

Today we need prophetic preachers – not preachers of prophecy merely, but preachers with a gift of prophecy. The word of wisdom is missing. We need the gift of discernment again in our pulpits. It is not the ability to predict that we need, but the anointed eye, the power of spiritual penetration and interpretation, the ability to appraise the religious scene as viewed from God’s position, and to tell us what is actually going on.

What is needed desperately today is prophetic insight. Scholars can interpret the past; it takes prophets to interpret the present. Learning will enable a man to pass judgment on yesterdays, but it requires a gift of clear seeing to pass the sentence on our own day.

If Christianity is to receive a rejuvenation, it must be by other means than any now being used. If the Church in the second half of this century is to recover from the injuries she suffered in the first half, there must appear a new type of preacher.

Another kind of religious leader must arise among us. He must be of the old prophet type, a man who has seen visions of God and has heard a voice from the Throne. When he comes (and I pray God there will be not one but many), he will stand in flat contradiction to everything our smirking, smooth civilization holds dear.

He will contradict, denounce and protest in the name of God and will earn the hatred and opposition of a large segment of Christendom. Such a man is likely to be lean, rugged, blunt- spoken and a little bit angry with the world.

He will love Christ and the souls of men to the point of willingness to die for the glory of the One and the salvation of the other. But, he will fear nothing that breathes with mortal breath.

The world will try to define you by their terms. The world will tell you that you are naïve, ignorant, bigoted, intolerant, and all sorts of other things for opposing their demonic agenda and for refusing to kneel before their golden statue of state and its de facto religion of humanism. Understand that these people are under the command of their father, the devil, and are to be pitied and opposed.

Let us not shrink back from the battle raging all around us. The soul of America and the testimony of the church are at stake. As Paul wrote to the Philippian believers so I remind you: Courage exalts Christ!

According to my earnest expectation and hope, that I will not be put to shame in anything, but that with all boldness, Christ will even now, as always, be exalted in my body, whether by life or by death. — Philippians 1:20

I encourage you with one final thought. In the book of Daniel we learn that there will be people who abandon God in the heat of battle. They will listen to the lies of the enemy of God and will side with the lawless one. However, there is a remnant that will remain faithful to God. This prophecy has come to pass today. It has happened in advance of the rise of the lawless one who will by intrigue deceive many.

By smooth words he will turn to godlessness those who act wickedly toward the covenant, but the people who know their God will display strength and take action. — Daniel 11:32

Those who know God will display strength and take action! Amen and amen!