While the Democrats and the news media continue to pursue their criminal case against President Donald Trump over the alleged collaboration by candidate Trump and Russian President Vladimir Putin, there are two cases that they are ignoring: a news story in Europe that alleges corrupt FBI agents tried to frame a Russian; and a news story about a Democratic Party staff member who was murdered on a Washington, D.C. street. 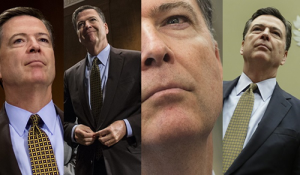 A Russian citizen, who is a known hacker in his country, claims the  FBI offered him bribes to take the blame for hacking John Podesta’s email server and stealing thousands of pages, according to a Conservative Base source, John C. Reilly, serving in a federal law enforcement agency.

Yevgeniy Nikulin was arrested in Prague, Czech Republic, on October 5, 2016. The arrest warrant cited allegations of stealing information from Linkedin, Dropbox, and other Internet web sites. He remains in custody while officials decide on whether to extradite him to the United States or to Russia.

Days after the suspected hacker’s arrest, some within the U.S Intelligence community announced they had evidence that alleged Russian officials were responsible for hacking into the DNC email system, stealing documents and turning them over to the owner of the whistleblowing web site Wikileaks, Julian Assange.

According to the Moscow Times, while being detained awaiting trial, the suspect told a Russian news organization that Federal Bureau of Investigation (FBI) agents said they’d provide immunity or drop the charges.

The FBI also allegedly promised to grant him U.S. citizenship and pay him handsomely if he admitted to the hacking and stealing of Hillary Clinton’s campaign director and longtime associate John Podesta’s emails in July 2016.

He is wanted by Russian law enforcement for unrelated hacking allegations. Russian government lawyers entered the courtroom fray asking for Nikulin to be sent back to Russia instead of to the United States.

“[They told me:] you will have to confess to breaking into Clinton’s inbox for [U.S. President Donald Trump] on behalf of [Russian President Vladimir Putin],” Nikulin wrote.

Czech police confirmed that Nikulin had been interrogated by FBI agents, but did not give any further details, according to Reilly.

Nikulin’s accusations about the FBI are just the latest in a series of incidents that have  made the once premier law enforcement agency a politicized offshoot of the Democratic Party, say local cops. “Thanks to eight years of [President] Obama, and most recently, the leadership of Director James Comey and Attorney General Loretta Lynch, the bureau has taken a turn for the worst.”

It appeared the mainstream news media woke up and discovered that a murder of a Democratic National Committee manager may have not been a “robbery gone wrong,” but a case tied to the Wikileaks document dump of information “stolen” from the DNC’s records. That included staff communications and communications with the then-Hillary Clinton for President campaign.

NewsWithViews.com during the Trump v. Clinton presidential race, and reported that the alleged hacking of the Democratic National Committee’s computer system was most likely the work of a whistleblower and a well-known rogue-blogger.

The damaging material that had been released by Julian Assange, founder of Wikileaks, was one of the lynch-pins of the Democrats/media narrative that Assange’s released documents were obtained from the Russian government to torpedo Hillary Clinton’s presidential campaign.

When the documents – mostly emails from the Democratic National Committee (DNC) and from Clinton campaign manager John Podesta – were released, most of the nation’s newsrooms focused on the source of the emails rather than the contents that showed a corrupt and hypocritical Democratic Party.

Assange claimed – and continues to claim – he received the documents from a high level employee of the DNC, Seth Conrad Rich. The 27-year-old Rich was murdered on the streets of Washington, D.C. under very suspicious circumstances, made more suspicious by the fact that none in the elite news media covered the killing or the police and coroner’s investigations.