The federal trial of Joseph Percoco, the former chief of staff of New York Gov. Andrew Cuomo, ended with the jury convicting the powerful New York Democrat Percoco on three felony counts of bribery and corruption. The close friends and political allies predict that the Cuomo-loving liberal will face as many as 20-years in prison.

During the trial that lasted a month and a half, prosecutors were able to reveal just how steeped in corruption Percoco was. The Buffalo News has the specifics on Percoco’s conviction.

Percoco was convicted of conspiracy to commit honest services fraud, conspiracy to commit honest services wire fraud, and solicitation of bribes and gratuities in connection with a low-show job given to his wife by an energy company with a downstate power plant interest before the Cuomo administration. Percoco got nearly $300,000 in bribes through the scheme.

Another $35,000 came his way in 2014 from a Syracuse development firm while he was, for eight months, off the state payroll running Cuomo’s re-election campaign. 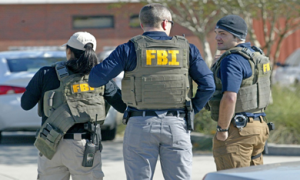 The prosecutors also focused on Percoco’s close relationship with Gov. Cuomo. The pair were apparently so close that Assistant U.S. Attorney Robert Boone stated, “Getting a call from Percoco was like getting a call from the governor himself.”

The popular leftist Gov. Cuomo, while never charged with wrongdoing in this case or others involving his minions, had witnesses testifying that Percoco could lean on politicians and wealthy businessmen because of his closeness to Cuomo.  In fact, testimony entered at trial by defense and prosecution witnesses suggested how hard it would be for Cuomo to distance himself from the case.

“Gov. Cuomo, like his father Gov. Mario Cuomo who was a left-wing Democrat beloved by the vast majority of the anti-GOP news media. You’d have a better chance of convicting [former President] Bill Clinton of a crime than convicting any of the Cuomo men in New York,” said former police association attorney and labor leader Marcia Weingarten. “Unlike Hillary Clinton’s staffers who were protected by total immunity from the FBI, Percoco had no such accommodation,” Weingarten added. 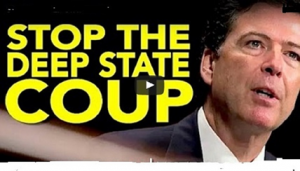 In the first scheme alleged in the Complaint, PERCOCO, who served as the Executive Deputy Secretary to the Governor between January 2012 and mid-2014, and again in 2015, is charged with abusing his official position and extensive influence within the Executive Branch of New York State (the “State”) by seeking and accepting bribe payments from executives at companies that were seeking benefits and business from the State, in exchange for PERCOCO’s use of his official authority and influence to benefit those companies.

PERCOCO solicited the bribe payments from two clients of HOWE –the Energy Company and the Syracuse Developer – both of which had retained HOWE as a consultant to help them obtain official State action.  In email correspondence between HOWE and PERCOCO obtained through judicially-authorized search warrants, PERCOCO and HOWE referred to the bribe payments as “ziti,” a reference to a term for money used by the characters in the television show “The Sopranos.”

Bribes from KELLY and the Energy Company