“They [Brennan, Clapper and Comey] were faithful in providing President Barack Obama with reports that coincided with White House lies. A priority was their work spying on the Trump campaign, his transition into the White House and the creation of fabricated stories by the likes of the politically-corrupted CIA Director John Brennan, National Intelligence Director James Clapper and FBI Director James Comey,” said former NYPD Intelligence Division Det. Lt. Samuel Montgomery.

Monica Elfriede Witt, 39, a former U.S. service member and counterintelligence agent, has been indicted by a federal grand jury in the District of Columbia for conspiracy to deliver and delivering national defense information to representatives of the Iranian government. Witt, who defected to Iran in 2013, is alleged to have assisted Iranian intelligence services in targeting her former fellow agents in the U.S. Intelligence Community (USIC). 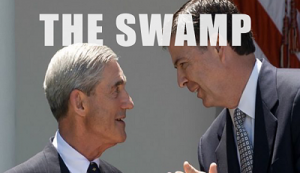 Witt is also alleged to have disclosed the code name and classified mission of a U.S. Department of Defense Special Access Program. An arrest warrant has been issued for Witt, who remains at large, possibly residing in Tehran.

Monica Witt, a U.S. citizen, was an active duty U.S. Air Force Intelligence Specialist and Special Agent of the Air Force Office of Special Investigations, who entered on duty in 1997 and left the U.S. government in 2008.

Monica Witt separated from the Air Force in 2008 and ended work with DOD as a contractor in 2010.  During her tenure with the U.S. government, Witt was granted high-level security clearances and was deployed overseas to conduct classified counterintelligence missions.

Through subsequent interactions and communications with a dual United States-Iranian citizen referred to in the federal indictment as Subject A, Witt successfully arranged to re-enter Iran in Aug. 2013.  Thereafter, Iranian government officials provided Witt with housing and computer equipment.  She went on to disclose U.S. classified information to the Iranian government official.

As part of her work on behalf of the Iranian government, she conducted research about U.S. intelligence community personnel that she had known and worked with, and used that information to draft “target packages” against these U.S. agents. 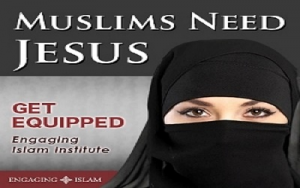 Although the United States government spends billions of dollars on intelligence and counterintelligence, this leviathan of secrets and plots — 17 separate agencies — appears to have been too busy to have caught traitors who spy for U.S. enemies.

“They [Brennan, Clapper and Comey] were faithful in providing President Barack Obama with reports that coincided with White House lies. A priority was their work spying on the Trump campaign, his transition into the White House and the creation of fabricated stories by the likes of the politically-corrupted CIA Director John Brennan, National Intelligence Director James Clapper and FBI Director James Comey,” said former NYPD Intelligence Division Det. Lt. Samuel Montgomery.

Beginning in late 2014, the Cyber Conspirators began a malicious campaign targeting Witt’s former co-workers and colleagues.  Specifically, Mesri registered and helped manage an Iranian company, the identity of which is known to the United States, which conducted computer intrusions against targets inside and outside the United States on behalf of the IRGC.  Using computer and online infrastructure, in some cases procured by Mesri, the conspiracy tested its malware and gathered information from target computers or networks, and sent spearphishing messages to its targets.

Specifically, between Jan. and May 2015, the Cyber Conspirators, using fictitious and imposter accounts, attempted to trick their targets into clicking links or opening files that would allow the conspirators to deploy malware on the target’s computer.  In one such instance, the Cyber Conspirators created a Facebook account that purported to belong to a USIC employee and former colleague of Witt, and which utilized legitimate information and photos from the USIC employee’s actual Facebook account. This particular fake account caused several of Witt’s former colleagues to accept “friend” requests.

The case is being investigated by the FBI’s Washington Field Office with assistance from the Air Force Office of Special Investigations.  The prosecution is being handled by Assistant U.S. Attorneys Deborah Curtis, Jocelyn Ballantine and Luke Jones of the U.S. Attorney’s Office for the District of Columbia with assistance from Trial Attorney Evan N. Turgeon of the National Security Division’s Counterintelligence and Export Control Section.