House Bill Abolishing ICE To Be Introduced By Democrats

The leftist Democrats latest mission is the complete abolishment of the Homeland Security Department’s Immigration and Customs Enforcement (ICE) directorate, a movement that has grown strength thanks to the same Trump-hating news media that has misled the American people for years, according to a former Army special forces captain and police commander.

This week the anti-ICE rhetoric was hear in the House of Representative when Wisconsin Democrat Rep. Mark Pocan boasted about his plan to introduce legislation that would officially eliminate ICE and it’s subsection the Homeland Security Investigations bureau..

“I’m [officially] introducing legislation that would abolish ICE and crack down on the agency’s blanket directive to target and round up individuals and families,” Pocan said in a statement announcing the legislation. “The heartless actions of this [sic] abused agency doesn’t represent the values of our nation, and the U.S. must develop a more humane immigration system, one that treats every person with dignity and respect,” he said. 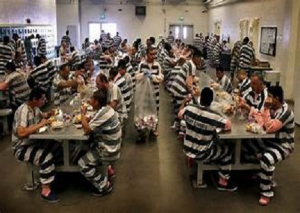 murderers, gangsters — such as MS-13, the Mexican drug cartels – abusers of women and children, thieves and other criminals,” said former police detective Iris Aquino. “Who will deal with these types of individuals or ‘dreamers?’” she asked

According to Pocan, his bill would dismantle ICE, and turn over some of its duties to other departments while he and his fellow leftists would create a commission to advise Congress on how to “implement a humane immigration enforcement system that upholds the dignity of all individuals.” In other words: replace sworn law-enforcement officers with political hacks who will dictate immigration policies to them.

For weeks now, the movement to abolish ICE has been pushed as a story by members of the fake news outlets and the denizens of progressive circles, with at least 21 first-time Democratic congressional candidates coming out in support of abolishing or defunding ICE. Some observers who are attorneys or law enforcement officials see this sudden movement as a way to ‘gin up’ an issue for Democrats in the November election. 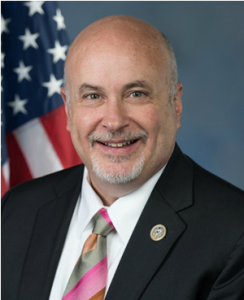 fact has backfired. They can’t run on their accomplishments and Americans see Trumps promises being fulfilled. So this is their plan and their propaganda campaign. Blame Trump’s cops,” said Michael Snipes a former NYPD lieutenant.

The illegal aliens’ civil rights group known as Mijente earlier this month had initiated a campaign calling for the abolition of ICE, and progressive groups like Democratic Socialists of America (DSA) and Indivisible have been organizing online using the hashtag #AbolishICE. Indivisible is a radical left-wing movement in United States politics, initiated in 2016 as a reaction to the election of Donald Trump as President of the United States.

Pocan claims that his sponsorship of the Abolish ICE legislation is motivated in part by his trip to the U.S.-Mexican border.

“During my trip to the southern border, it was clear that ICE, and its actions of hunting down and tearing apart families, has wreaked havoc on far too many people,” said Pocan. However, Pocan appears to be unaware that ICE is not the Border Patrol, another group that is maligned by Democratic Party politicians.

“From conducting raids at garden centers and meatpacking plants, to breaking up families at churches and schools, ICE is tearing apart families and ripping at the moral fabric of our nation,” his statement continued. “Unfortunately, President Trump and his team of white nationalists, including Stephen Miller, have so misused ICE that the agency can no longer accomplish its goals effectively.”

“Pocan is just another skunk who is working hard to not only divide the American people with lies, half-truths and cheap slogans, but also cause violence against American citizens,” said Mike Baker, who now works as a political strategist. “The Democratic Party should be the organization abolished. It’s attempting to destroy the nation as we know it and build one that Joseph Stalin would praise,” he quipped.