To some people perhaps, the title of this article sounds Islamophobic. And as is the case, Muslims always rush to defend their religion by stating there is violence in “All religions.” Fortunately, the non-Muslim world has in its possession Islam’s document, the holy book of Islam, the Quran which is filled with many Suras, verses and orders of violence. 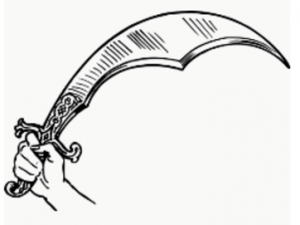 “The Quran contains at least 109 verses that speak of war with nonbelievers, usually based on their status as non-Muslims. Some are quite graphic, with commands to chop off heads and fingers and kill infidels wherever they may hide. Muslims who do not join the fight are called  ‘hypocrites’ and warned that Allah will send them to Hell if they do not join the slaughter.”

Islam is anything but a religion of peace. Violence is at the very core of Islam. Violence is institutionalized in the Muslims’ holy book, the Quran in many Suras.

Right from the start, violence served as the engine of Islam under the command and supervision of Muhammad himself. For one, the Prophet’s son-in-law and cousin, Ali, was titled the Commander of the Faithful for his unsurpassed feats of butchery. Ali with the assistance of one or two of his thugs, beheaded some seven hundred captives, most of them Jews, in only one day. This man, highly esteemed by the prophet of Allah, had a sword that had its own name—Zolfaghar. Ali’s portrait, holding the menacing sword, adorns the homes and shops throughout Shi’a’-lands. And this man, Ali, is revered by the Shiites at the same level as Muhammad. 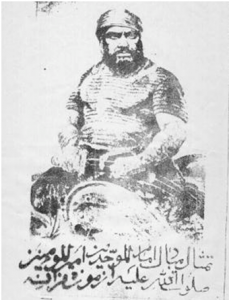 And Islam, by the nature of its very doctrine, appeals to man’s baser nature. It promotes intolerance, hatred, discrimination, and much more:

A pious Muslim does not and cannot believe in freedom of choice. In the religion of Islam—Submission—everything is up to Allah, as clearly and repeatedly stipulated in the Quran. The raison d’être for the Muslim is to be unconditionally submissive to the will and dictates of Allah. Everything that a “good” Muslim does is contingent upon the will and decree of Allah, he is indoctrinated to believe. Humanity is facing a deeply troubling dilemma.  Not only does Islam support violence, even its Prophet Muhammad commands:

Islam is tantamount to violence. Violence is the lifeblood of Islam and it has been ever since the time of Muhammad in Medina by Muhammad’s own edict and conduct.

Without violence of all types, Islam would undergo a slow death. Violence is in the fabric of this crooked ideology.  Take away violence and you shut down the blood supply from the body of ‘ISLAMS.’ Islam is violent, not only against non-Muslims, but it is also violent against its own numerous sects and offshoots. Even within every sect and offshoot violence in the most savage ways is practiced.  Just to name some examples: public lashing, cutting off hands for stealing even a morsel of bread, blinding convicts or hanging them, stoning so-called adulteresses, castrating sexual offenders and the hanging of homosexuals. 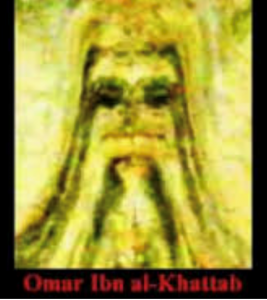 Muslims, instead of march out of the suffocating swamps of submission to the meadow of liberty, Allah’s faithful aim to drag the rest of humanity into the deadly Islamic quagmire.

Islam may have been an improvement to the life of the savages that roamed the Arabian deserts some 1400 years ago. However, the 21st century world is not willing to surrender to the clearly failed and failing Islamic experiment, simply because of the claim that it is the one and only true religion of Allah.

Islam is a belief of blood. It lives and thrives on blood. It can be animal blood, enemy blood or even its own blood. Consider the horrific practice of self-flagellation. Shiite faithful march en masse in public places, beating themselves with chains, cutting themselves with knives on their heads, torso and arms, causing blood to gush out and all this to commemorate religious historical events.

Truth be told: violence is the animating force of Islam. Islam is a religion born through violence, raised by violence, thrives on violence and dies without violence.