Before the Islamic invasion of 1979, Iranian people had a different view of Islam. The kind of Islamic version people believed did not exist beyond their own imagination. To them, that was the real Islam. Kind, perfect and peaceful. With the return of the Ayatollah Khomeini in 1979, ‘real’ Islam was reintroduced to the populace and it turned Iran and Iranians’ fictitious beliefs into a nightmare.

Most people around the world are not aware of this fact. I believe, historians conclusively need to elucidate this reality so that Iran is not referred to as an Islamic country.

Before the invasion of 1979, Iranians in general, lived in a peaceful and relatively calm country which did not impose religion of any kind on 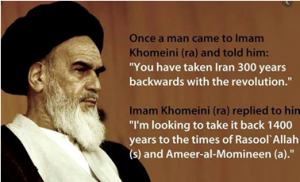 its citizens. Major events in Shi’a Islam was only celebrated during certain days of the year. These innocent and naïve Iranians had a completely imaginary and unrealistic vision of ​​Islam without the slightest idea what the real Islam was, what the Qur’an said, what the Prophet of Islam did and did not do. Irrespective of any and all, they attributed Islam with their own vision, fantasy, ideals and beliefs. In other words, Islam was only as good as the person practicing it.

Let us be clear. When someone said, the real Islam is what the Quran and prophet Muhammad said it is, many Iranians ignored it with disbelief. They continued to nurture the version of Islam they created in their mind as the most benevolent religion on Earth. All the beauty that existed on our planet was due to the presence of their Islamic version, and anyone, including the Ayatollahs who were the guardians of Islam, were looked upon as conmen. This trend of thought took the nation to the peak of ignorance. If those us who knew the true nature of Islam said the slightest negative view against their beloved Shi’a Imams, your life would literality end.

This way of thinking, without any scientific research or evidence was prevalent in Iran during the reign of the Shah. The Shah himself was  superstitious and allowed the country to fall into the hands of Mullahs. That is despite the fact his own father, Reza Shah the Great had

forced these leaches to run and hide to the four corners of Iran and elsewhere. But his son, the Shah of Iran did exactly the opposite. He brought back the Mullahs and Ayatollahs from their deathbed into society and in his court. On February 4, 1949, an unsuccessful assassination attempt on the Shah of Iran made him even more religious. He said many times that he believed he was protected by the Shi’a Imams. He gave too much power to the clergy.

Forty-one years has passed since the Islamic invasion of 1979. Today, many Iranians are incorrigibly disaffected from the fraudulent and oppressive Islamic rulers. Although Islam was imposed on the Iranian people some 1,400 years ago, Iranians still deeply value their own ancient non-Arab identity and have never fully surrendered to Arab culture.

We Iranians, castigated by the barbaric cult of Islam as infidels, heathens, unbelievers, and apostates, have recognized Islam for what it is: an intolerant primitive chauvinistic belief system incompatible with the tenets of the Universal Declaration of Human Rights.

Currently, millions of Iranians consider the mullahs, their lackeys and lobbyists as the true enemies of Iran, the country of my birth. 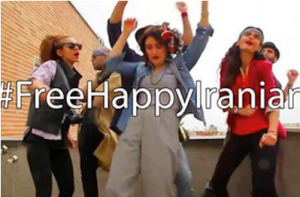 Iranians are very proud people. All they are asking is that people and countries that are at clear risk from the mullahs ought to step up to the plate and help the Iranians, in numerous effective ways to get rid of these usurpers, these religious fanatics who are hell-bent on promoting their deadly agenda.

The Iranian people will most assuredly dislodge these wolves and try them for their crimes with all due process, the due process that they have completely denied for the people of Iran for the past forty-one years. But, tried they will be and they need help from our friends to destroy the common enemy before it escalates its bloodletting program, both in Iran, against Israel and eventually engulfing the entire world.

I bemoan the plight of my native land and the people who have suffered and continue to suffer under Islam. Without Islam, there would not be any Muslims to hoist the banner of hate and violence against non-Muslims.

The Iranian people now recognize that dysfunctional Islamic indoctrination is deeply ingrained in the minds of many Muslims who opt to remain in mental bondage rather than purge their minds and join the rest of the human family with a new emancipating program for life and liberty.