In an address to the United States Senate in three parts, June 29, June 30 and July 1, 1992, “On the Threshold of the New World Order: The Wilsonian Vision and American Foreign Policy in the 1990’s and Beyond,” then Senator Joseph R. Biden said,

… Modern-day conservatives who are instinctively frightened by the Wilsonian vision have propounded a mythical image of Woodrow Wilson as a dangerously naive idealist. Idealist he was. But there was no naiveté in the Wilsonian vision. As history soon proved, the danger lay in a failure to implement what Wilson proposed.

… How is it, then, that the United States failed so conspicuously and so fatefully to join the League of Nations that Woodrow Wilson himself had designed and advanced as the ultimate protection against future cynicism and future cataclysm?

… With that turn of history, the League of Nations was doomed and a new world was born, but not a new world order.

… Now, as the century nears it close, the near-universal repudiation of the totalitarian idea has removed the last great obstacle to the Wilsonian vision.”

Senator Joseph Biden did not explain, however, how this “near-universal repudiation of the totalitarian idea” could bring about the totalitarian “Wilsonian vision” of Edward Mandell House. Apparently, Biden ignored, or wanted us to ignore, that Wilson had no ideas of his own. His controller, Col. House had implanted all of them in his impressionable mind. Wilson himself publicly admitted it when he said,

“Mr. House is my second personality. He is my independent self. His thoughts and mine are one.”

In his book The Strangest Friendship in History: Woodrow Wilson and Colonel House, author George Sylvester Viereck mentioned that it was House, not Wilson, who made the slate for the Cabinet. House also planned the first policies of the Administration and practically directed the foreign affairs of the United States.

Biden also forgot to mention that Col. House was an agent of a group of international bankers and a founding father of the treasonous Council on Foreign Relations. Eventually, Wilson discovered the true nature and goal of the “Colonel” who betrayed him, regretted his actions and, before his death, stated:

“I am a most unhappy man. I have unwittingly ruined my country. A great industrial nation is controlled by its system of credit. Our system of credit is concentrated. The growth of the nation, therefore, and all our activities are in the hands of a few men. We have come to be one of the worst ruled, one of the most completely controlled and dominated governments in the civilized world. No longer a government by free opinion, no longer a government by conviction and the vote of the majority, but a government by the opinion and duress of a small group of dominant men.”

Strangely, this world without sovereign nations, where the super poor will be forced to live just above subsistence (sustainable) levels, is not too different from the aberration Fidel Castro successfully implemented in Cuba. Paradoxically, most “progressive” Americans were proud of their regressive admiration of Castro’s policies —which are nothing but a testing ground for the corporate monopoly conspiracy they claim to oppose.

But they are dead wrong. Actually, you can talk about imperialism without talking about capitalism, because imperialism, the direct product of monopoly capitalism, actually is not capitalism at all, but another form of socialism —the political system liberal progressives love so much. In fact, most of the evils attributed to capitalism are not of its own, but the result of socialist, anticapitalist features surreptitiously infiltrated inside capitalism by the monopoly globalists. 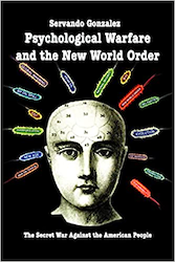 For sure, one of the most useful and beneficial characteristics of capitalism is competition. Yet, contrary to what most people may think, the person who said, “Competition is a sin,” was not Marx, Lenin, or Mao, but John D. Rockefeller. Therefore, monopoly capitalism is nothing but socialism in disguise. One outcome of the Draconian measures implemented to “protect” us from alleged dangerous virus was the elimination of true capitalist businesses by declaring them “non-essential.”

Searching on the web, I found that even though Joe Biden was invited on some occasions to share his ideas with key CFR members, he is not a member of the Council on Foreign Relations. So, what did he try to accomplish with such a passionate address to the U.S. Congress? Was he just looking to get an invitation to join the Sancta Sanctorum of America’s true political power? We know that the CFR has secret members. Is Joe Biden one of them?

I don’t have an answer to such questions, but what becomes clear is that, as early as 1992, opportunist Joe Biden discovered which side the political bread is buttered on in the U.S. and acted accordingly. He benefited enormously from his discovery. As the saying goes, hard work always pays off, whatever you do.