Home/April 2018, Opinions/Just Not Too Much Truth, Say the Hypocrites! The Saga Continues

Just Not Too Much Truth, Say the Hypocrites! The Saga Continues

[DISCLAIMER: The opinion in this article is the opinion of the author and is not necessarily the opinion of NewsWithViews.com, it’s employees, representatives, or other contributing writers. NWV believes President Trump had a reason for signing this bad Bill and we don’t believe in throwing the best President since George Washington under the bus. We also believe that a Deep State President would mean the end of America Forever!]

Beware ye of the leaven of the Pharisees, which is hypocrisy Luke 12:1.

In my article I wrote last week titled “1.3 Trillion Omnibus Bill Sold as ‘National Security’ Funds Avowed to America’s Enemies,” I highlighted the treasonous acts of the new administration 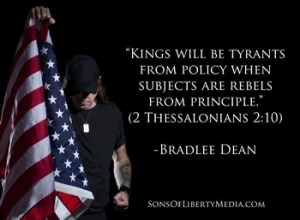 concerning that which was laid on the backs of the American tax payers and their children when it comes to the reallocation of funds and how they are being used to literally (And illegally) fund America’s sworn enemies. P.S. This same kind of bill was brought forth under criminal Barrack Hussein Obama and his administration with the help of Paul Ryan, who played the Judas with the American people (Luke 22:48).

Back on December 16, 2015, when Breitbart first blew the trumpet (Ezekiel 33:3), I did a follow-up on LIVE radio several times and even wrote an article on June 16, 2017 titled, “Paul Ryan Helped Open the gates to The Wolves.”

I knew that it was just a matter of time before Donald Trump, with the help of his right hand man, Paul Ryan, was going to move the agenda forward, and right on cue, they did.  Please take note that this all happened during the same weekend that the “March for Our Lives” protests were taking place, which was, in fact, was planned months before any alleged shooting ever took place in Florida.  In the end, it was nothing less than smoke and mirrors to divert the American people from passing this unconstitutional and treasonous (Article 3, Section 3, US Constitution) bill (Psalm 94:20).

This, in part, is what we found in this omnibus bill that DONALD TRUMP JUST SIGNED:

After reading through the content found in this unconstitutional omnibus bill, I ask, did you vote for this?

Yet, today’s conservatives (yesterday’s liberals) are now requesting (asking the criminal to give himself up), you heard me right, requesting Paul Ryan’s resignation.

One has to take into account that Paul Ryan didn’t sign the bill, Donald Trump did. No wonder why these hypocrites are looked upon as a reproach!

After seeing the provisions passed in this bill, you would have thought that the professing Christian conservatives would have been up in arms about this, but if you thought that, you were wrong.

This was sent to me by a reader, which was found on one of my forty outlets nationwide.

As you can see, they first changed the headline by omitting the second half and then put this disclaimer right below it.

[DISCLAIMER: The opinion in this article is the opinion of the author and is not necessarily the opinion of (the outlet), it’s employees, representatives, or other contributing writers. (The outlet) believes President Trump had a reason for signing this bad Bill and we don’t believe in throwing the best President since George Washington under the bus. We also believe that a Deep State President would mean the end of America Forever!

They stepped all over themselves in an attempt to justify the treasonous acts of President Donald Trump (Luke 16:15), and then went on to compare Donald Trump to that of George Washington.

In a piece penned by –Joseph Sobran titled, “How Tyranny Came to America,” he wrote:

“If Washington and Jefferson, Madison and Hamilton could come back, the first thing that they would notice would be how the federal government now routinely assumes thousands of powers never delegated or granted to it.  These were the words used and it is a good idea for us to learn their language.  They would say that we no longer live under the Constitution they wrote.”

There you have it, “Kings will be tyrants from policy when subjects are rebels from principle.” (2 Thessalonians 2:10)

The U.S. Constitution is as foreign to these hypocrites (as the Bible is to the immoral workers of iniquity) as it is to the Chinese and Russians, and all three parties act accordingly.

Speaking of our Constitutional Republic, the second President of the United States, John Adams, said that our country is based upon Laws, and not of men (Exodus 20). How right and wise this founder was.

Laws must not be altered, for if they are, then it leaves us without any Law at all. A sliding scale of duty is an immoral invention, fatal to the principles of law (Such as making excuses for the president like “he is only human,” or “he is doing his best,” “Nobody is perfect” etc.), which America is. (Article 4, Section 4, US Constitution)

Yes, hypocrites have shifted the standard, by claiming we are a democracy, and every man will now do that which is right in their own eyes and claim to be doing their best.

If you shift the standard pound weight or the bushel measure, you will certainly never get full weight or measurement again. There will be no standard to go by, and each man will do his best with his own pounds and bushels. If the standard is tampered with, you have taken away the foundation upon which trade is conducted.  It is the same in matters of Law—abolish the best rule that ever can be, even God’s own law (our Mosaic Institution), and there is no rule left worthy of the name.

This truth must be maintained, for if it goes, our tacklings are loose, we cannot well strengthen the mast; the ship goes all to pieces; she becomes a total wreck and, at length, the same will be true of our country.

The problem is that I have seen these people adjust themselves to the shifting standard of immorality (Lawlessness – counterfeit grace; Isaiah 30; Matthew 7:23) over and over again throughout the years, especially when it comes to their tolerance of representatives both in the church and in government (Jeremiah 5:31).  And then we wonder why they do what they do.  They do what they do because they are allowed to do it.

How much further backward do you suppose we, as a country, can go before it all goes awry? (Psalm 9:16) Only Americans can answer this question.

If you are going to confess to being someone or representing someone or something that is to be right, then practice what you preach.  That is how credibility is established. People are sick and tired of hypocrisy on both fronts, and so am I (Matthew 23:3).

When you act right, it means that you are right.