One night in 2015 in San Francisco, California, an illegal alien, deported five previous times, and a felon, shot Kate Steinle in the back from a distance as she stood on a pier.

Tony Bennet sings, “I left my heart in San Francisco….”  But, because of Sanctuary City ordinances put into place by Mayor Edwin Lee and the city council, American Kate Steinle suffered death in the “City by the Bay.”

Found guilty of a felon carrying a gun, he may serve 18 to 36 months before being deported for a sixth time.  Which, at current enforcement rates at America’s borders and over 240 Sanctuary Cities across the USA, Zarate will be able to legally kill another American again. 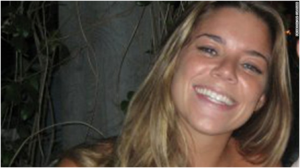 Financially, immigrants send cash transfers back to their home countries at a rate of $120 billion annually.  Mexico enjoys cash infusions of $24 billion annually.  The remaining figures disperse into Central and South America, and finally, India, Indochina and Africa.  You might call it, “Financially bleeding America to death.”

At the same time, both Republicans and Democrats insure employers do not face lawful action against them for employing illegal migrant by not enforcing our stringent laws.  It’s costly to hire illegals at a charge of $2,000.00 per illegal caught and up to five years in jail for the employer. It means the CEO’s of McDonald’s, Marriott Hotels, most restaurants, Hormel Foods, Tyson Chicken, landscape, roofing and other contractors would see jail time.  But the U.S. Chamber of Commerce and big money makes sure those laws remain unenforced.  Additionally, big money makes sure that E-Verify never becomes law, so that employers may continue their 21st century slave labor.

President Truman pushed the Federal Immigration and National Act of 1952 through Congress in the closing days of his administration. Under Section 8 USC 1324[a](1)(A)[iv][b](iii) any US citizen that knowingly assists an illegal alien, provides them with employment, food, water or shelter has committed a felony. City, county or State officials that declare their jurisdictions to be “Open Cities, Counties or States are subject to arrest; as are law enforcement agencies who chose not to enforce this law. Police officers who ignore officials who violate Section 8 USC 1324[a](1)(A)[iv][b](iii) are committing a Section 274 federal felony. Furthermore, according to Federal Immigration and National Act of 1952, if you live in a city, county or State that refuses to enforce the law for whatever reason, the officials making those rules are financially liable for any crime committed within their jurisdiction by an illegal alien.

A person (including a group of persons, business, organization, or local government) commits a federal felony when she or he:

* assists an alien s/he should reasonably know is illegally in the U.S. or who lacks employment authorization, by transporting, sheltering, or assisting him or her to obtain employment, or

Penalties upon conviction include criminal fines, imprisonment, and forfeiture of vehicles and real property used to commit the crime. Anyone employing or contracting with an illegal alien without verifying his or her work authorization status is guilty of a misdemeanor. Aliens and employers violating immigration laws are subject to arrest, detention, and seizure of their vehicles or property. In addition, individuals or entities who engage in racketeering enterprises that commit (or conspire to commit) immigration-related felonies are subject to private civil suits for treble damages and injunctive relief.

How many American suffered death at the hands of illegal aliens?  Start off with 9/11 and work down from that point in time.  Over the past 50 years, it’s into the tens of thousands.

“March 30, 2016 – As many as 7,500 Americans annually — 20 per day — are killed by unlicensed drivers, and Rosenberg calculates that more than half are the victims of illegal immigrants.” Source: Fox News

What does this verdict indicate?   First of all, a loss of the rule of law as to allowing 500,000 illegal aliens to cross into America annually.  It shows contempt for federal laws by 240 Sanctuary Cities including their mayors and city council members.  It shows that governors like Colorado’s Hickenlooper or Cuomo of New York, and Mayors like Raham Emanuel in Chicago and De Blazio in New York enjoy immunity from our laws.  But American citizens become collateral death statistics in the meantime.

It means our national ethos faces extinction because the rule of law no longer applies to all those illegally crossing our borders or the firms that employ them.  It means we lose a sense of one country, one people, one ethos and the common good.  It means we must all be fearful for our lives in Sanctuary Cities around the country.