Every organization has a mission or a mission statement with a goal in mind. They work day and night to reach their ultimate target. Think of Islam as an organization (not just another religion) with an ambitious mission. What is that ambition, you might ask! Here are some thoughts!

While our fellow Americans are snoozing, or at least not as active or proactive as their counterparts, Muslims never deviate and never stop pursuing their goal of world domination. They place their primary focus on non-Islamic lands, and in this case, in Europe as well as in the United States.

Knowing Islam intimately, let me assure you that to Muslims, the goal is everything. Since Islam is not your typical religion and most of you 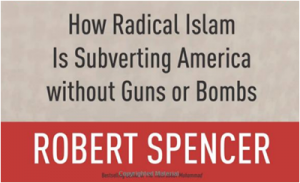 are aware of Islamic brutality, let us call it “religious fascism.”The ultimate objective of Islam is to rule over the entire world under the Islamic Ummah—never mind that these life-in-hand soldiers of Allah disagree with one another regarding the Ummah itself and who is to reign over it. That is a “family dispute” that they will resolve by their usual favorite method—brute force.

Like any organization and sub-organization, conflict exists. Islam is not an exception to that rule. They too disagree with one another on several issues. Each Islamic sect believes that it has the Prophet and Allah on its side and it will prevail over the other. For now, they should work diligently to achieve the intermediary goal of defeating all non-believers. There are countless instances that substantiate Muslims’ “End justifies the means” guiding principle. This policy dates to Muhammad himself.

Muhammad repeatedly made peace covenants with his adversaries, only to violate them as soon as he was in an advantageous position to do so. Betrayal, deception and outright lies are fully condoned in furthering the work of Islam. In the present-day world, the work of Islam 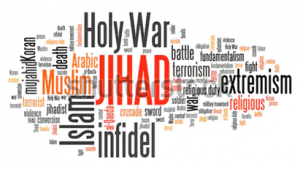 is defined by a deeply-entrenched and influential clergy who issue fatwas—rulings—that become directives and laws to the faithful.

As an example, Ayatollah Khomeini, the founder of the Iranian Islamic state, for one, made extensive use of the fatwa. Widely-known in the west as Khomeini’s fatwa condemning Salman Rushdie to death for his book “The Satanic Verses.” A less known fatwa of Khomeini during the last Iran-Iraq war led to the slaughter of thousands of Iranian children. Children, nearly all under 15 years of age, were given plastic keys to paradise as they were commanded by the fatwa of Khomeini to rush forward to clear minefields for the tanks to follow. The Islamic murderers, in obedience to the fatwa of a bloodthirsty man of Allah, had no problem in deceiving the clueless lads made in China plastic keys to paradise.

Such is the existential threat of Islam. It is a rigid Stone-Age controlling system with a stranglehold over many of nearly one and a half billion people under its command. 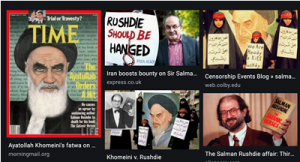 A dangerous feature of the fascistic personality is the relative lack of independent thought. This deficiency makes the person highly amenable to manipulation. Islam, by its rigidly authoritarian make-up, robs a Muslim of independent thought to the extent the believer blindly adopts it as his infallible system of belief. Hence, the ideology of Islam is guilty of conditioning masses of people as easily manipulated instruments in the hands of influential figures.

One of the greatest subtle, yet important differences between the Muslims’ thinking and that of the people in the West is the extent to which Muslims are fatalistic. There is hardly a statement that a Muslim makes without being conditional—conditional on the will of Allah. “I shall see you tomorrow, Allah willing,” “You will make it home, Allah willing,” “Things will work out, Allah willing,” and on and on and on. To the Muslim, Allah is on the job—on every job. Allah, with his invisible mighty hand, literally does run everything. “Allah’s hand is above all other hands,” adorns every imaginable space in Islamic lands—a 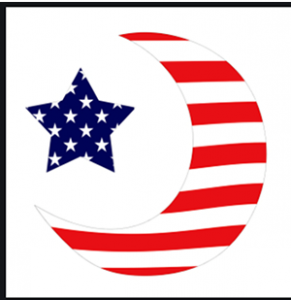 telling point about the Muslim’s fatalism and submission to the omnipotent omnipresent hand. If something happens, it is Allah’s will. If it does not, it is Allah’s will. The rank and file Muslim has little will of his own. It absolves him of all responsibility. This mentality is in stark contrast with the “take charge” and “can do” mental characteristics of Americans in the West.

Intolerance, fatalism, institutionalized slavery, injustice, jihadism, oppression of women and non-Muslims, celebration of death, lack of respect for individualism, rejection of freedom and democracy, belief in the theocracy of Allah as administered by a self-serving clergy who are not accountable to the people, stifling of questioning and inquiry, disallowing all legitimate forms of freedom, and on and on.

And in the Quran, itself, Allah gives these people their mandate: Cleanse the earth from all kefir (infidels), and help usher in the Golden Rule of Islam over a corrupt world. This high-purpose strategic goal of Islamization legitimizes by any and all tactics.

Qur’an 8:39 “Fight them until all opposition ends and all submit to Allah.” Allah, in his kindness, leaves a bit of wiggle room for the unbelievers. Those who refuse to convert or whose life is spared may live under the rule of Islam by paying poll taxes (jizya).

Although I may be preaching to the choir, there are some things worth repeating. For now, Muslims in the West have realized that it is easier to change America through subversion (stealth jihad) than through violent jihad.

While many Muslims work around the clock  to advance their cause, i.e., to infiltrate our schools, education system, our law enforcement agencies, our healthcare system and run for an office with the help of Democrats and some GOP officials provide them with necessary tools, regrettably, only a small number of Americans understand the real threat.

There is no doubt Islam’s goal is to religiously dominate the world, which involves complete control over all phases of society through the brutal means of Sharia, with no distinction between mosque and state, between religion and liberties.

As Muslim organizations march through with their own crusade here in the United States, under our nose, I have yet to see any officials stopping them. On the contrary, they have been assisting them.