A Mexican national illegally residing in this country was arrested by U.S. Immigration and Customs Enforcement’s (ICE) Enforcement and Removal Operations (ERO) officers Jan. 31, 2020. ERO had previously filed an immigration detainer with the New York City Department of Corrections (NYCDOC) following his arrest for a sex crime he allegedly committed in New York’s Bronx County.

The 39-year-old suspect, Martin Estrada-Barela, was arrested by New York City police officers on Jan. 17, 2019.He is chargedwith attempted rape, unlawful imprisonment, and attempted assault. Estrada-Barela was subsequently arraigned and remanded into the custody of the NYCDOC.

On January 20, 2019, ICE officers assigned to ERO New York’s Criminal Alien Program placed a detainer on Estrada-Barela with the NYCDOC. In Feb. 2019, Estrada-Barela posted bond and was released from NYCDOC custody on bail without the ICE detainer being enforced due to New York’s sanctuary city policies. 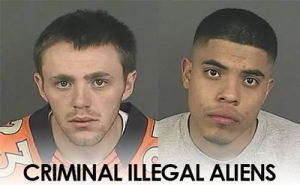 One year later, Jan 21. 2020, ICE served a federal subpoena on the NYCDOC requesting information believed to be in their possession regarding Estrada-Barela. However, despite the lack of response to the subpoena, ERO officers arrested Estrada-Barela 10-days later on Jan. 31, 2020 in the Bronx. He is currently detained in ICE custody, pending removal proceedings before a federal immigration judge.

“Estrada-Barela was released back into the community after his sexual offenses charges, even when he could have safely been taken into ICE custody. And because no information was received from the subpoena, it took that much longer to locate him, allowing that much more time for him to potentially re-offend,” said Thomas R. Decker, field office director for ERO New York.

“The politics of NYC place the safety of its citizens in danger when they refuse to honor our detainers, and when you add the refusal to provide information as well – it’s a clear signal that they place the criminal alien above law-abiding residents. Law enforcement’s common 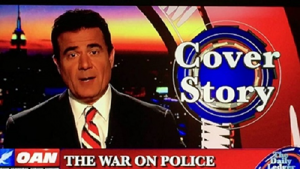 goal is to keep the public safe, and despite the policies of politicians and city officials that place obstacles to protect the criminal alien, we will continue to enforce immigration laws and make the community safe,” Decker said.

ICE removed or returned 267,000 aliens in fiscal year 2019. ERO arrested 143,000 aliens, more than 86 percent of whom had criminal convictions or pending criminal charges.

According to a Homeland Security Department statement:

“When law enforcement agencies don’t honor ICE detainers, these individuals, who often have significant criminal histories, are released onto the street, presenting a potential public safety threat. Any local jurisdiction thinking that refusing to cooperate with ICE will result in a decrease in local immigration enforcement is mistaken. Local jurisdictions that choose to not cooperate with ICE are likely to see an increase in ICE enforcement activity, as ICE the agency has no choice but to conduct more at-large arrest operations.

“A consequence of ICE being forced to make more arrests on the streets is the agency is likely to encounter other unlawfully present foreign nationals that wouldn’t have been encountered had we been allowed to take custody of a criminal target within the confines of a local jail. Additionally, once these criminals are out on the street, confirming their whereabouts is often time consuming and resource intensive.

“Many of our arrest targets are seasoned criminals who are savvy about eluding law enforcement. Despite the severe challenges that local policies have created for ICE, we remain committed to our public safety mission and we will continue to do our sworn duty to seek out dangerous criminal aliens and other immigration violators. ICE seeks straightforward cooperation with all local law enforcement and elected officials. ICE deportation officers carry out targeted enforcement actions every day in locations around the country as part of the agency’s ongoing efforts to protect the nation, uphold public safety, and protect the integrity of our immigration laws and border controls.”