NewsWithViews.com editor Paul Walter, born in  Slovenia, [Link 2] (approximately 50 kilometers from where our Fist Lady Malania Trump was born) and former British film star and Danish model Yutte Stensgaard were married in a private ceremony in Grants Pass, Oregon, on June 25, 2012. The ceremony was performed by Rabbi Roy Masters at his private residence. 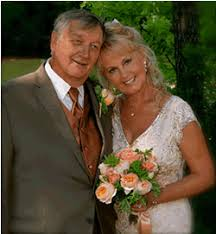 pursue a film career. Changing her name to the easier to pronounce “Yutte” Stensgaard, she made her debut in the British movie “The Girl With a Pistol” in 1968, which was filmed in Spain and starred British actor Richard Johnson (“Khartoum”).

She then went on to appear in various British movies, mainly of the comedy, spy and horror genre, most famously the lead role in Lust for a Vampire  (1971), as well as several television guest roles. The most notably was opposite Tony Curtis in the series “The Persuaders.”

Although Danish by birth, Yutte is considered a British actress since she worked exclusively on U.K. film and television projects. Critics believed she was a beauty the likes of which has never been seen since, and Yutte was often compared to the American icon Sharon Tate, who was considered a major loss for Hollywood when she was victimized by the murderous Charles Manson Family.

Stensgaard’s fondest memory of her film career is her being labeled a Hammer Girl, named after the British film company that created some of today’s most revered horror classics with the inimitable actors Christopher Lee — Britain’s answer to Bela Lugosi — and Peter Cushing.

As a Danish-born actress, Yutte Stensgaard is listed as number 16 on a IMDb.com list of the “Most Beautiful Non-American Actresses,” ahead of beauties such as Joan Collins, Barbara Carrera, and “Bond Girl” Carole Bouquet. As a horror-film star she ranks number 20, ahead of Jane Fonda, Megan Fox, Kate Beckinsale and Jennifer Connelly. 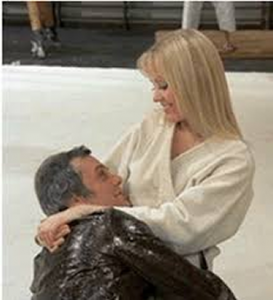 Hammer Films was a motion picture production studio that was based in the United Kingdom. Although founded in 1934, the company became profitable in the mid-1950s through the 1970s thanks to its series of Gothic horror movies.

Besides stars such as Christopher Lee and Peter Cushing, Hammer also featured actors such as Oliver Reed (“Gladiator”), Oscar-winner Bette Davis, and Herbert Lom of the Pink Panther series

Prominently Included in the list of Hammer Girls is the name Yutte Stensgaard, who was on numerous “best-of” lists. Her starring role in “Lust of the Vampire” is considered legendary and the film itself is considered a cult classic.

A Born Again Christian, she moved to the United States and became a successful National Account Director for Premiere Radio Networks, one of the largest radio networks in the US and home to the likes of Rush Limbaugh and Glenn Beck, owns several pieces of property and is an active supporter of the Republican Party.

Yutte is also pursuing her career as an artistic photographer and plans to hold an exhibition of her photos in the future. Follow Yutte on her Facebook page.

[Anyone wishing to have Yutte Stensgaard’s picture autographed, please send your picture of Yutte to be autographed in a self addressed envelope with a $30.00 check to:

Yutte will autograph the picture and return it in your self addressed envelope.]