“The North Korean government headed by madman dictator, Kim Jong-un, is capable of striking cities and towns throughout the continental United States. And they are not playing games.” —Paul T. Rooten-Jeroen, former INTERPOL analyst. 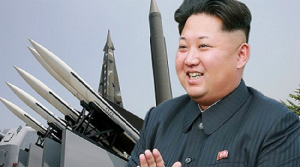 North Korea under the leadership of two dictators — father and son — possesses a missile capable of reaching targets in the continental United States, but analysts also believe that it’s unknown if the North Korean intercontinental ballistic missile (ICBM) can inflict serious damage once it gets there.

U.S. and South Korean intelligence officials claimed that classified Japanese video footage capturing the missile’s re-entry vehicle shortly before it crashed into the sea suggests it failed to survive after re-entering the Earth’s atmosphere following its launch from northern North Korea.

But the suspected failure only increases the number of tests of the Hwasong-14 missile to ensure the nuclear warhead the re-entry from space and hit its intended target, the analysts said.

This exercise once again utilized the Army Tactical Missile System and South Korea’s Hyunmoo Missile II, which fired missiles into territorial waters of South Korea along the country’s eastern coast on July 5.

The ATACMS can be rapidly deployed and engaged and provides deep-strike precision capability, enabling the U.S.-South Korean alliance to engage a full array of time-critical targets under all weather conditions. 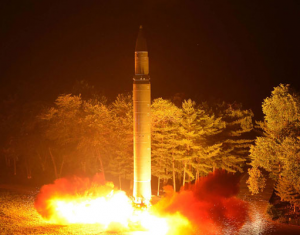 The department believes the missile was an intercontinental ballistic missile, as had been expected, Davis said.

Davis said the missile was launched from Mupyong-ni, and traveled about 620 miles before splashing down in the Sea of Japan. The Defense Department, he added, is working with its interagency partners on a more detailed assessment.

The United States’ commitment to the defense of its allies, including South Korea and Japan, in the face of these threats, remains ironclad, the spokesman said.

The United States also remains prepared to defend itself and its allies from any attack or provocation, he added.

Meanwhile, during a Tuesday morning interview on The Today Show, Graham claims the US should not only take out the country’s nukes, but the entire country of “North Korea itself.” 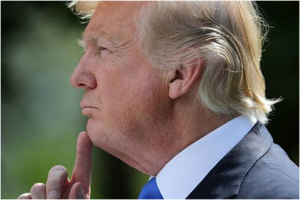 “[President Donald Trump] is not going to allow the ability of this madman to have a missile to hit America. If there is going to be a war to stop him, it will be over there. If thousands die, they are going to die there, they’re not going to die here,” Graham told the Today Show audience.

Also, this week the Department of Defense (DoD) announced that it will award approximately $3.5 million to six U.S. university teams for research into robotics for disaster relief.

The purpose of this research collaboration is to bring together top researchers in the U.S. and the Republic of Korea to develop robotics capabilities for humanitarian and disaster response and recovery applications.  Research areas funded include: novel platforms for search and rescue, advanced human-robot interaction for command and control, and advanced robotic perception/recognition for enhanced situational awareness.