Home/January 2021, Opinions/Nothing Will Stop the Socialists Short of A Massive Conservative Uprising

Nothing Will Stop the Socialists Short of A Massive Conservative Uprising

Socialism and Capitalism – In Contrast

“To me, what socialism means is to guarantee a basic level of dignity.  It’s asserting the value of saying that the America we want and the America that we are proud of is one in which all children can access a dignified education.  It’s one in which no person is too poor to have the medicines they need to live.”  —Alexandria Ocasio-Cortez, New York Congresswoman

”Socialism is a philosophy of failure, the creed of ignorance, and the gospel of envy.  Its inherent virtue is the equal sharing of misery.”  —Winston Churchill, Former Prime Minister of England, World War II

“I am for socialism, disarmament, and, ultimately, for abolishing the state itself… I seek the social ownership of property, the abolition of the propertied class, and the sole control of those who produce wealth.  Communism is the goal.”  —Roger Nash Baldwin, socialist worker and one of the founders of the American Civil Liberties Union (ACLU)

“Socialism states that you owe me something simply because I exist.  Capitalism, by contrast, results in a sort of reality-forced altruism:  I may not want to help you, I may dislike you, but if I don’t give you a product or service you want, I will starve.  Voluntary exchange is more moral than forced redistribution.”  —Ben Shapiro, Conservative Radio Talk Show Host 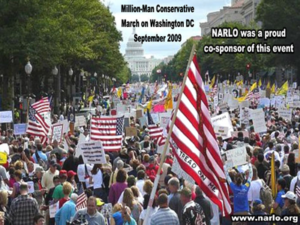 In short, a socialist would abolish the U. S. Constitution, the foundation of liberty.  In contrast, the capitalist would preserve, protect and defend the Constitution to assure that individual freedom and the American Constitutional Republic will be preserved in perpetuity.

The socialist wants top-down power run by arrogant elites who think they know what is best for all people and will exercise dictatorial control to enforce their top-down power.  In response to the Coronavirus, wide-scale business shut downs, national forced mask wearing and mandatory vaccinations come easy to them.  They are obsessed with power.  Their final goal is absolute power.  Their guides are the “Rules for Radicals” and the “Karl Marx manifesto.”

Once again and in contrast, the capitalist wants bottom up power in what is known as the “people” or the “Consent of the Governed.”  They are guided by and take their cues from the Declaration of Independence and the U. S. Constitution.

The socialist Democrats are winning and they have been winning for many decades, all the way back to President Woodrow Wilson, about the time when the Progressive Movement was beginning to take off.  Through decades of public school and college brainwashing, they have convinced a majority of the people to believe that socialism is the way and the light.  Every big city in America is the soul and heartbeat of Progressivism.  Unfortunately, that is where most of the votes are concentrated.  Every Democrat voter that aids and abets the socialist Democrats with their vote is a traitor to the Constitution, a traitor to the Constitutional Republic and a traitor to individual freedom itself.

Virtually every American institution is infected with the Progressive ideology. Their goal is the exclusion of any other ideology and total control of the government.  They are very close to reaching that goal and a large segment of the population is helping them to get there by the votes of that large segment.  Stopping them from reaching that goal is the duty and responsibility of every Conservative individual if freedom is to be preserved.  With Joe Biden as president, that duty and responsibility is ever more urgent.

In pursuit of stopping the socialist Democrats, trillions of words have been written and uttered by conservative authors and hundreds of talk show hosts, mostly to no avail.   President Trump came along and attempted to throw a monkey wrench into the gears of the Progressive Establishment.  For his efforts the Establishment and Deep State sought revenge and obstructed every attempt he made to help all Americans in both national and foreign policy.  They broke the law to spy on him.  (No one has been held accountable for those crimes.)  They went after his campaign staff.  They labeled him a traitor.  They said he colluded with a foreign power, Russia.  They investigated him relentlessly.  They tried to impeach him but failed.  They assailed his character.  They attacked his family.  They said he was daft and crazy in the head.  They belittled the positive initiatives he completed, or didn’t report on them at all.   He received no accolades from the press or anyone else for the work that he has done for America and Americans.  Even so, he has been nominated for the Nobel Peace Prize three times.

In spite of the heated and constant attacks by academics, the news and social media, Trump has been able to do more for all Americans in four years than virtually any other president before him.  Nevertheless, he receives no credit for his efforts.  They did it to President Reagan, they did it to George H. W. Bush and they did it to George W. Bush.  That is the future and what can be expected for any Republican President in America today.  The Establishment, the Deep State and social media have stacked the deck against conservatives.  The fix is in.  The pay-offs have been paid.

Yes, we know.  You have heard all this before.  The hard truth is, socialist Democrats cannot be defeated without millions of conservatives rising up in unison, with force if necessary.  But long before force becomes necessary, conservatives have peaceful means at their disposal.  The constitution is still in force.  The law is still functional even though Democrat corruption and collusion is in blatant evidence.  Peaceful protests and Redress of Grievances are still protected by the First Amendment.  The trick is for all conservatives to speak with one voice in one single action at a time.

If just 10 million conservative Americans contacted the White House and their senators and congressmen and women on one single subject, the President and Congress would have to listen.

The government’s Achilles heal is the money we send to them in the form of taxes.  If 10 million Americans just stopped paying all of their taxes, Washington DC and state governments would get the message.  The IRS or the states simply could not prosecute 10 million Americans for breaking the law.  After all, in 2020 government did hardly anything to stop the rioting, looting and burning perpetrated by socialist Democrats, Black Lives Matter and ANTIFA, in major cities around the country.  The government lets millions of illegal aliens get away with breaking our laws and even murder, rape and robbery.

What we are leading up to is a single action that millions of conservative Americans could take with very little effort on their part.  If implemented en masse, governments, powerful corporations, the Establishment and the Deep State would suddenly realize their game is up.  The people will have spoken and with force behind their words.

We offer this single action as a patriot that is determined to not let a free America shrivel up and die because a power, foreign to freedom, is trying to take over and radically change America from a free nation to an Absolute Democrat Monarchy, ruled by arrogant oligarchs and insane wood-be dictators.

This single statement, with strong language, is a direct and open challenge to the incoming President and Vice President of the United States, Joe Biden and Kamala Harris, should they be inaugurated on January 20th, 2021 and it looks like they will be.  The challenge (a warning!) is powerful and comes with teeth to back it up.  Its effect will be determined by the number of conservative Americans that are willing to put their name to that challenge.  If not in the millions, the challenge will be ignored.

The challenge must go viral.  To get the message out, it must appear on Facebook, Twitter, Instagram and wherever else in social media.  It should be tweeted and re-tweeted a million times.  It should be uttered from the lips of millions of Americans with the message that freedom is not dead, the Constitution has not been overturned, the rule of law is still operational and America’s Constitutional Republic is alive and well, ready for the fight.  If you truly want to stop the socialist Democrats and globalism, millions of Americans need to take up the challenge.

For those of you whose heart still beats strong for individual freedom, we urge you to review this challenge and determine for yourself if you have the courage to back it up.  If you intend to sit on the sidelines in this fight, it won’t be long before you get what you deserve.

[Must see VIDEO to understand what’s coming down this week]

Conservatives owe it to America and freedom to start off 2021 with a major concrete action.