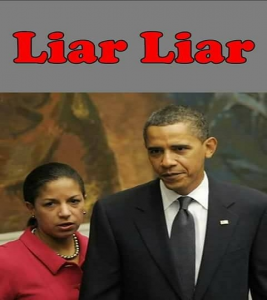 Unfortunately, Rice’s statement received a fact-checker’s criticism on Monday, a direct result of last week’s heartbreaking chemical attack attributed to Assad’s forces. While the Democratic Party and their news media sycophants are already calling it a bogus news it is a matter of fact that editorially the Washington Post is a progressive news organization.

The WaPo’s fact-checker gave the former national security adviser a rating of “four Pinocchios” the newspaper’s worst rating on their truth scale. They wrote: “The reality is that there were continued chemical-weapons attacks by Syria’s [President] Assad regime.”

In addition, the questionable PolitiFact website retracted its favorable rating for a claim made by Obama’s Secretary of State John Kerry in 2014 that “100 percent” of weapons of mass destruction were no longer in possession of Syria’s embattled government. While Politifact claims it is non-partisan, the group is just another front for the progressive Democrats.

Most of the members of the elite news media also ignored congressional testimony given by one of Obama’s own minions. Former Director of National Intelligence James Clapper had pointed to “gaps and inconsistencies in Syria’s declaration,” confirming reports from counter-terrorism and weapons of mass destruction (WMD) experts that the Syrian president’s regime continued to conceal WMD at undisclosed locations.

This latest case of dishonesty by Rice follows a disturbing report about her allegedly using intelligence reports and electronic-eavesdropping transcripts for political reasons during and after the 2016 presidential race between Hillary Clinton and the GOP’s victorious Donald Trump.

While most of the national news media ignored any negative stories about Obama, the alternative news media went viral over reports that Susan “Benghazi” Rice was the so-called anonymous “senior official” mentioned in previous reports who unmasked, the names of the Trump transition team.  Unfortunately, the nation’s largest news conglomerates continued to ignore the Obama administration’s transgressions preferring to cover what President Donald J. Trump calls “fake news.”

According to a growing number of sources, the woman who went on television news shows and openly lied repeatedly about the Battle of Benghazi leaked the identities of the GOP presidential candidate and his staff contained in classified documents.

Veteran Bloomberg News reporter Eli Lake, who is celebrated as a reliable and honest newsman, reported that it was Obama’s dishonestly partisan National Security Adviser Susan Rice who was the person who ordered the “un-masking” of the U.S. persons in raw intelligence reports. Lake also reported that she directed intelligence officials to unmask — identify — members of the Trump transition team.

It’s also reported that White House officials had knowledge of Rice’s involvement for about a month. “Members of the National Security Council reviewing U.S. intelligence community’s un-masking policy by the new administration discovered that Rice, one of Obama’s closest staff members, was involved in alleged criminal behavior. She and others were risking the disclosure of people’s conversations who were not targets of wiretaps and other electronic eavesdropping,” said former military intelligence operative and police detective Sid Franes.

“For crying out loud, these are Americans being victimized by radical politicians who in turn are attacking the Trump presidency with the help of most news organizations,” he added.

As Adam Housley of Fox News revealed, “[N]ames of the Trump transition team were unmasked by a senior member of the Obama administration who used the un-masking for political purposes.” 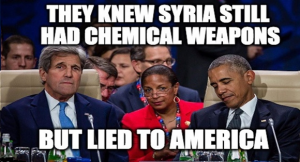 Housley also reported that when communications of American citizens are incidentally picked up during the surveillance of others their identities are to remain secret so their names are usually redacted or identified by a generic term such as “American One.”

Instead of asking the appropriate committees in the House and Senate to probe the nation’s vulnerability to foreign espionage — especially cyber espionage — the Democrats wish to create an ad hoc or select committee to investigate the alleged cybercrimes perpetrated against their own political party. In addition, the supporters of the New World Order, both Democrats and Republicans serving in both houses of the U.S. Congress continue their baseless accusations of collusion by the Trump campaign and the Russian government especially its political strongman President Vladimir Putin.

Intelligence collection is no longer limited to classified national defense information but now includes targeting of the elements of national power, including our national economic interests. Moreover, foreign intelligence tradecraft is increasingly sophisticated and takes full advantage of advances in communications security and the general openness of US society.