They Are Coming After the Children Now…

Ohio. On Feb. 19, 2018 it was reported that an Ohio Juvenile Court judge stripped the natural parents of the custody of their 17-year-old daughter (names withheld), because their daughter wanted to become a transgender and receive hormone therapy treatment. The daughter’s parents, Catholics, who were sending their daughter to Catholic school, refused to comply with their daughter’s wishes and took their daughter to Cincinnati Children’s Hospital for psychiatric treatment for anxiety and depression, where she was diagnosed with gender dysphoria. The parents tried to get her Christian counseling and refused to call their daughter by her chosen male name.

The Ohio Juvenile Court stepped in and awarded custody of the 17-year-old girl to her grandparents, who were sympathetic to their granddaughter’s desire to become a transgender and undergo hormone replacement therapy treatments. 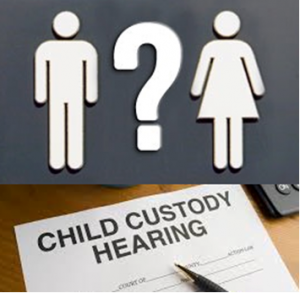 If this gender insanity continues, and by all accounts it will as the sexually immoral culture is pushing it onto America’s children, then parents of young children should seriously consider taking a few proactive precautions and consider a few options in raising their children in modern day America.

1. UPBRINGING
Pay close attention to your child’s behaviors. Make sure your child isn’t being raised by the culture. Lead by example. Men, show your boys how to be boys; women, show your girls how to be girls.

2. EXODUS
Move to a more family friendly conservative region, but be aware that the LGBT activists want to cover every county in every state in the USA, so their activism may be coming to a municipality near you soon. Another option is to leave the United States and repatriate to another country, where this transgender madness is not as prevalent. It has been reported that many Russian immigrants have been repatriating back to Russia, and their stated reason for doing so is to raise their children in a more family stable environment in Russia, away from the influence of America’s LGBT activists.

3. SCHOOLING
Home school your children or send them to private schools with high moral standard codes, if you can afford to do so.

4. LEGISLATION
What is sorely needed in this age of parental authority and custody interference is Congressional legislation. Something like the “Parental Custody Rights Act of 2018,” clearly defining the rights of parents to raise their children in any lawful way that they see fit and limiting the government from intruding on parental custody rights, including, but not limited to the right of parents to raise their child as the gender that the child was born.

WHERE IS THE TRANSGENDER AGENDA GOING?

Is the fear really ‘irrational’? I think not.

Godless liberals create these types of terms to disarm the moral objectors.

When homosexual advocates first began advocating their cause and the ‘right’ to commit sodomy, homosexuality was an illegal sex act. Through a massive propaganda campaign, they first asked the American public to ‘tolerate’ homosexuality. Then they campaigned for America to ‘accept’ homosexuality. After widespread acceptance, the new push was to ‘equalize’ homosexuality with heterosexuality – marriage equality. In 2015 the United States Supreme Court granted gays the right to wed nationwide.

Was this the end of the gay rights movement? No.

It is a well-known natural fact that gays cannot reproduce, so they must recruit. No longer satisfied with recruitment efforts only, the LGBT community now seeks to confiscate human beings.

In America, children cannot vote until they are 18, but we are told that they can make a rational decision to permanently mutilate their body through replacement hormone ‘therapy’ injections in their younger teenage years. How low will the judges lower the bar, as to when a teenager, or even a child below the age of 12, can declare parental ‘abuse,’ because the child’s parents will not allow him or her to change genders? How long will it be before a young child, 12 or below, will seek a court’s assistance to use ‘transgender denial’ as a means to free him or herself from parental custody?

In America, if a child slips in the gym and receives a Band-Aid for a scrape, parents are notified, but if a sexually active pregnant 14-year-old girl seeks an abortion through her public school system, she has the right to privacy and her parents will not be notified.

If LGBT activists have their way, eventually they will use the power of the State to confiscate children from their parents as soon as they enter school, in kindergarten, if they can convince the courts that little Johnny actually believes he is baby Jane, a boy trapped in a girl’s body.

State confiscation of children, appeasing the whims of the children and the LGBT activists supporting them, is tantamount to a totalitarian government, like Nazi Germany when they took away and separated children from their Jewish mothers.

When the government lawfully interferes with the parental upbringing of a child and removes that child from the home of his or her natural parents, they call it awarding child custody. When criminals unlawfully kidnap a young woman and turn her into an unwilling prostitute in a foreign brothel, they call it human trafficking.

The State should never take children away for behavioral issues or mental health issues, such as gender dysphoria. Even if one does not believe that children desiring an artificial sexual identity change are mentally ill, the parents should still retain custody rights of the child until the child reaches a certain age of consent, such as 18. Little Johnny may indeed identify as baby Jane, but little Johnny should have to wait until at least 18 to make his own decisions. If little Johnny can’t legally buy an alcoholic beverage or a pack of cigarettes, vote, or join the army until he is 18-21, well then by no means should little Johnny be able to compel his parents to consent to transgender hormone body alteration procedures before then. If little Johnny says he is going to kill himself if he doesn’t get his transgender hormone therapy treatments, then the courts and / or the parents should be permitted to institutionalize little Johnny in a mental health facility, as they see fit.

Parents in America should not have to live in fear of losing custody of their children because of the transgender agenda being pushed by LGBT advocates.