One Word Keeps Islam Problem Out Of Japan

LONDON 6/14/17–The United States, England and France are hotbeds of Muslim mayhem which includes murder, rape, theft and destruction as well as mooching from the people’s taxes. Yes, the citizens of the countries they invade actually pay for all their expenses which is nuts!

Last night a high rise apartment building in London exploded into flames, killing several and sending scores to the hospital. At this moment they are still searching for bodies and the injured.

The media, grasping for any excuse to divert attention from Muslims, stated that the fires started when a refrigerator in a top floor apartment exploded. How’s that again?

In all my years, 83 of them to be exact, I have NEVER heard of a refrigerator exploding and causing a fire. Plus at the same time, flames simultaneously exploded on several floors below. Simple knowledge of science should underscore the improbability of this.

(Since the first “reports” the story has changed to the fire starting in a 4th floor apartment. In this version it was not an “exploding refrigerator” that caused the fire–they quickly realized how ridiculous that claim was, so they then claimed it was a material put on the outside of the building that burst into flames. This is why I don’t believe one word published by the Fake News Media.) 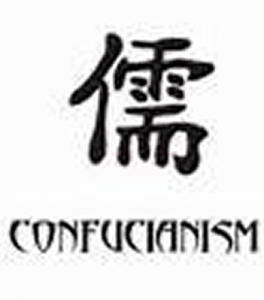 This all could have been prevented if these countries, drowning in stupidity, would have employed that ONE WORD (which will be revealed later in this story). And that is the word the one country free of Islamic chaos, Japan, lives by. First of all, the Japanese people respect and keep its traditions and customs. Get that? They do not allow the spread of alien religions or new cultures to take over established models of conduct. Those who visit there are expected to respect their culture and abide by THEIR rules.

Here is how Japan keeps Muslims at bay: We are grateful to journalist Leon Lunsky for gathering these stats for a story he wrote in a conservative publication:

1. A Muslim will never acquire citizenship in Japan. Japan is the only country that does not give citizenship to Muslims. It cannot be argued. Law is the law.

2. Muslims have no right to stay in Japan for a long time.

3. An attempt to spread Islam is a criminal offense. You can go to prison for a long time.

4. In Japan, there is not a single school where Arabic is taught.

5. The Koran is a forbidden book. You cannot import it. Only the “adapted” version in Japanese is available.

6. Observance of Muslim prayers is allowed only in enclosed spaces. In the event that the rituals are seen by ordinary Japanese, a Muslim is threatened with prison.

7. It is strictly prohibited to speak Arabic.

8. Japan has virtually no embassies in the Arab countries.

10. A Muslim who has come to work in Japan has the right to work ONLY with a foreign company. Japanese companies do not hire people who profess Islam.

11. Visas to Japan are very rare for Muslims. Even famous doctors, scientists professing Islam have a hard time getting a visa to Japan.

12. In employment contracts, it is often written that the employer has the right to dismiss an employee without explanations if he learns of his Islamic faith.

13. Muslims are prohibited from renting houses in Japan, not to mention buying property.

14. Translation of technical documentation from Japanese to Arab customers is carried out by non-Japanese companies.

15. Muslims are treated like outcasts. If someone in the area is a Muslim, the entire neighborhood will be treating him as a criminal.

16. The opening of Islamic schools cannot even be discussed.

17. Japan does not accept Sharia law.

18. A Japanese woman caught in affair with a Muslim becomes an outcast of the society.

Conclusion: no Islam – no terror!!!

Plus, the Japanese people studied Confucianism which is filled with wisdom for the ages. They recently re-introduced that philosopher’s teachings in the schools.

Meanwhile do-gooder imbeciles say we should be welcoming to all, throw open our gates to all who want to come, set up shop and establish new laws for us all to live under. These do-gooders take part in these nutty ideas in order to make them appear as wonderful tender-hearted caring people which all comes from the sin of pride, wanting to make themselves look good.

The do-gooders say that the intruders have constitutional rights. HOLD IT RIGHT THERE! Constitutional Rights are written to protect AMERICAN CITIZENS ONLY. Those rights are for us, not for any intruder pushing his way into this country.

These “rights” including welfare, food stamps, housing, free medical and education that the Muslims demand are only for AMERICANS who live and work here not for anyone with an entirely different ideology that crashes our borders.

The Communist-Democrats state in their newspapers that establishing a ban on Muslims entering the U.S. (despite that their race consists of 7th Century murderous savages) is, now get this, “unconstitutional,” “discriminatory,” “racist,” “a violation of Freedom of Religion” (again-that applies to those who live and work in America) and the epitaphs most commonly used against this ban, HATRED and ISLAMOPHOBIA.

As all these issues are debated there is ONE WORD that would settle it all. That word is:

D I S C E R N M E N T which means W I S D O M.  This means giving full assessment of the individual along with his or her background before allowing them to come in. Japan caught on to this long ago.

What discernment reveals cancels the words discriminatory, racist, violation of freedom of Religion, HATE and anything with the word, “Phobia” in it. It is the master guilt injection.

There have been many laws banning Muslims from countries due to their violent conduct, one initiated by Thomas Jefferson. Those laws in the dust bins of our history sections are actually still valid today. Click the link.

Another country who has no problem with Muslims is Switzerland. This is cemented in place by a particular law. All young men are required to serve time in the military. After their tours of duty, they must take their weapons home with them, meaning that every home in the tiny Alps country is armed. They also have all bridges in and out of the country rigged with explosives that can take them down in an instant if enemy forces try to get across them to attack.

Another Swiss point: One goes through tough vetting before even being allowed in the country for a visit. Here is another successful country that exercises discernment–the most important word for any country to employ. America: This is your wake-up Call.