Home/Opinions, September 2017/Our President, Sacrificing Everything To Save America

Our President, Sacrificing Everything To Save America

Great achievement is usually born of great sacrifice, and is never the result of selfishness.  —Napoleon Hill

The Lord gets his best soldiers out of the highlands of affliction.  —Charles Spurgeon

Our country was sliding into total destruction, there was little hope.  Then Donald J. Trump announced that he was running for President.  From that moment on, he stepped into the fire of hatred from the left, the neo-con Trotskyite right, and the Communist media.  It has never stopped. 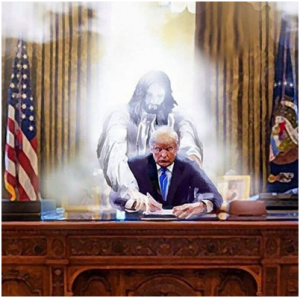 He spoke like us, he said things we’ve said to each other, and it all resonated with America’s people.  We knew he was our last chance to save our country, and we knew that the Lord God gave us this chance.  Maybe it’s our Nineveh, and that’s okay, we’ll take it.  If you don’t know about Nineveh, read the Book of Jonah.

Donald Trump is not perfect, and he never will be.  He will make mistakes, but I believe he is trying to do his very best for all of us.

For Love of Country

What did our President give up to bring back the America of his youth?  Everything!  He gave up running a wonderful business, a beautiful home life, privacy, and people who respected him.  He and his family have lost business revenue, lost reservations at Mar-a-Lago, and lost respect they truly deserve.

Mr. Trump has been lied about, pilloried, and held in disdain by media, the Democrats, and even his own weak left-leaning spineless party.  College professors to media personalities have called for his assassination, including a New York play depicting our President and his wife’s murders. And a former comedian photographed herself pretending to be an ISIS terrorist holding the likeness of our President’s dismembered head.

This is the decay of our culture promoted by the Communist media and socialist left, and encouraged by the right.  Their agenda has been stalled by the election of our President, and that’s why they hate him and want him destroyed. He is fighting the DC Swamp. 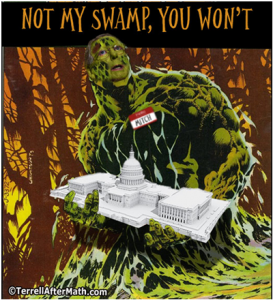 Our President has pledged to drain the swamp, not hire from it. He needs to start hiring people from the heartland of America who have brilliant resumes, who worked themselves to the bone to elect him, and who could fill any administration position.  That swamp in DC is the most vile and evil nest of vipers and rats in our country, and there’s only a few who are not sheltered within it.  My friend Bud Hancock said it perfectly, and gave me permission to share his words with my readers.

I just read, and reviewed the video of the sermon by Pastor David Whitney in NewsWithViews titled, “What Lawyers are Practicing Today, (Hint: It’s not Law).”  Interesting what he said about the “swamp” and it made me think a little harder about that statement and how it relates to “draining the swamp.”

I have seen swamps, both in person and in movies.  I fail to see how anyone could actually “love a swamp” due to its very nature, the muddy water, the slime in it, the dangerous, unseen creatures who inhabit it.  I know in my heart that when God created the earth, there was not a swamp to be seen.  They are the very antithesis of the habitation to be desired by any person made in God’s image.  However, the critters best fitted for life in a swamp, poisonous vipers, rats, reptiles etc., will leave the swamp briefly, showing themselves openly for short periods of time, even causing some misguided souls to think of them as beautiful creatures.  But when the first sign of their enemies, and their destruction appears, they immediately scamper back to their nasty hiding places in the swamp.  They do so because they love the swamp.  It conceals them from the destruction that they would receive if they deserted the swamp for any extended period of time.  And, because they do love the swamp, they will utterly attack and destroy anyone who threatens to do away with them and/or their means of concealment-the swamp.

I admire Trump, or anyone else who truly desires to drain the DC swamp, but, the possibility of such an event occurring, especially if attempted by a mere human, is remote at best.  The day is coming when the King Triumphant will judge every swamp creature and will remove them from their concealment, exposing all their nasty, foul deeds.  When he does that, the swamp will not only be drained, it will cease to exist.  Just my humble opinion and I am anxiously awaiting that event!

This is what our President is dealing with, a swamp filled with rats who would destroy him at any opportunity in order to ensure their globalist agenda will prevail.  And, it is why we must pray mightily every day for our President.  We must pray a hedge of protection about him, pray the guidance of the Holy Spirit upon him, and pray for God’s wisdom to guide this man who has given up everything for us.

Now these fools who hate Trump because he’s not a globalist, because he loves his country, because he wants it to be great again, are calling him a racist.  Soros and his minions have hired America’s uneducated fools, and here’s the proof, to create a new civil war of conflict and strife throughout America. 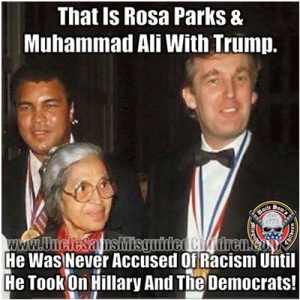 Oh, they tried the sexual attacks before the election, and when they didn’t work, they resorted to the race card again.  The cry of racism against Trump was never a factor until he decided to run as a Republican for the office of President of the United States of America.

They forget that Trump is well-known for hiring minorities.  They also forget that when he bought Mar-a-Lago, he was the first club in Palm Beach to open it to Jews and Blacks.  Link

Donald J. Trump has dated a black woman, married two immigrants, employed thousands of blacks, Asians and Hispanics and has Jewish grandchildren.  So, if he is a racist, then I’m the Easter bunny.

Trump’s Love of All Americans

Trump wants all Americans to succeed, and he truly means all Americans. He has fought discrimination, and given a helping hand to so very many throughout his entire life.

And… our President has signed a law taking aim at the funding of Planned Parenthood, and his budget proposes to cut all funding to same.  Thousands of black babies per year are aborted, and the PP clinics are purposely built in black neighborhoods.  Margaret Sanger, founder of Planned Parenthood, wanted the black race destroyed.  She said, “Colored people are human weeds and need to be exterminated.”  Link  Trump wants to stop the slaughter. 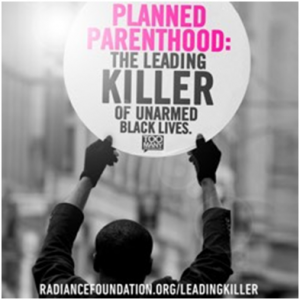 Frank Cooke spent his life in business.  He told me how he had to learn and adapt, and get the right people in place for business to be successful.  He said he was sometimes a millionaire and other times dead broke, and he knows how successful businessmen think. Here are his comments about our President:

Been thinking… you know Trump is a very successful entrepreneur.  He thinks like one.  So, getting a business off the ground is always rough going.  But nurturing your newborn baby means you have to evolve quickly especially during the child’s early years.  Always remember Trump started with very little political experience and no “political bench strength.”  Startup businesses go through different phases of growth… many small steps at the onset to larger ones moving from small to mid-size to large.

Our wise old Fox President Trump has paid dearly for the wisdom he has now at 70.  Keep in mind he is in the game of “his business vision” not politics.  He just may be “exploring the landscape,” seeking the right talent to move the golf ball to the next hole. This time next year he will have changed out probably 80% of the White House staff.

Bud and Frank are both right.  Our President has a huge battle on his hands and has given up so much to save the country he loves.  He needs us to help him.

Our country had founding fathers who gave all, they mutually pledged to each other, their lives, their fortunes and their sacred honor to build this nation.  Every other country in the world is run by kings or tyrants where the people are their subjects.  Only America is unique in that “we the people” are the rulers.

Our Founders created a great country, and Trump is trying to save it from destruction.  Trump said he wanted the government given back to the American people where it rightfully belongs, and he’s fighting to do just that.

One of our nation’s greatest military men said this to me, “These are definitely difficult times our nation faces. It is being torn apart by minority groups on both sides…and always remember that 2% of the passionate will always defeat 98% of the indifferent unless this latter group wakes up and takes responsibility for who we elect into political office.”

It’s up to us.  We need to step up and demand that our servants in Congress help our President accomplish his goals.

P.S.  We must fight for what is right, if we don’t, then the loss of this great nation will be on our shoulders.  The same goes for NewsWithViews.  There are so few really strong conservative websites, and NewsWithViews is one of the best.  Thank you for continuing to help us stay alive and bringing the latest news and research into your mailbox every morning.  Please donate here.