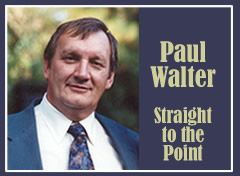 Abducted Unconstitutionally by Services to Children and Families of Oregon.

In the month and year of our Lord, May 2000, a young family in their mid-twenties, traveling across this country in their converted RV bus, stopped in Grants Pass, Oregon. Due to their internet business they occasionally stop at various public libraries to use the computers. A busy-body employee at the Grants Pass Public Library (practicing medicine with out a license) saw Brian and Ruth Christine's three young blond, blue-eyed daughters and diagnosed the eldest as being 'dehydrated'. Within minutes the Christine's  RV was surrounded by the Grants Pass 'Public Safety' police. Without a search warrant they entered the RV and took all three daughters (ages 2, 4 & 5) into custody and accused the parents of child abuse. Ruth was 8 months pregnant with her fourth child.  A Services to Children and Families (SCF) Agent took their three daughters to their 'rubber stamp' doctor who pronounced that the children were dehydrated and malnourished. The Christines wanted a second opinion, but their plea was denied. SCF, with the backing of the court, demanded that Ruth Christine turn over her unborn baby as well. Remember, these are the same people that support abortion on demand, including late term. All of a sudden they care for Ruth's unborn baby that they refer to as 'a fetus'. This was the beginning of the Christine's hellish nightmare.

The next day the Grants Pass, Oregon, Daily Courier reported the incident, with their usual twist, to rally public opinion to favor and justify the state's abduction. Their article reported that the authorities 'rescued' the children from imminent danger. Yet, the Christine's RV refrigerator was full of food. (The Christines are vegetarians therefore a lot slimmer than those of us who eat greasy hamburgers.)

Brian and Ruth, both college graduates with no previous criminal record whatsoever, were told they had to jump through numerous hoops, mandates, state psychological evaluations, etc., if they ever hoped to see their daughters again. State-paid attorney Pat Wolke was assigned to represent the children. He immediately sided with the courts, SCF, and the state. Of course the children had no say in the matter because the state, SCF, and the court judge decide their family's fate without a jury trial or a conviction of any kind. According to many, if anything Josephine County officials should be ashamed at making Brian and Ruth into criminals. The Christines decided to fight this injustice in court, and, the smear campaign initiated by the local daily newspaper in favor of SCF.

To their dismay, they found that there was no remedy or justice, especially in the Josephine County, Oregon court system.  They had no idea that this county is the home of one of the most ruthless 'good-ol-boy' systems in America and run by angry local bar attorney's, doctors, pastors, KKK members and others.

THE FIX IS IN

Within a short period, the state's SCF and the justice system were plotting to sever parental ties, yet Ruth and Brian hadn't been convicted by an unbiased jury in a court of law. Out of fear Ruth disappeared and had her baby out of state while Brian stayed behind to fight for his daughters. Local government corruption critic, and former County Commissioner candidate, Michael Sieradzki, along with myself and others, came to the Christine's defense. Immediately we were all labeled 'radicals' by the biggest church in town, as well as the Christian community leaders and certain bar attorney's.

For the past year the Christines lived in their RV at a friend's house. On one occasion, at 6:00am, the police raided their place of  residence, screaming and cursing, looking for Ruth's baby. They were followed and ticketed on numerous occasions. Also, on their way home from a friend's house at 2:00am, they were followed, then stopped by Grants Pass 'Public Safety' officers with guns. In fear for their lives, they continued driving 20 mph to their residence, where  hopefully, witnesses would prevent a police over-kill. Granted, they should have stopped, but under fear and stress one doesn't think clearly. Their RV was pepper sprayed and gutted, and they were accused and charged with evading the police. On another occasion their RV was impounded and they had nowhere to sleep -- all under the guise of "It's the LAW".  A collection plate was passed among friends to retrieve their RV so they would have somewhere to sleep. Another incident took place in the hallway of the police station. A Public Safety officer forced documents under Ruth's arm and told her "Drop this and I'll arrest you for littering!"

Since the Christines have limited funds, the court appointed them an attorney. He turned out to be worthless because he represented the state (conflict of interest), so the Christines decided to represent themselves (pro se).  I attended most of the court proceedings and found them to be a total sham. During one of their trials, SCF produced evidence consisting of pictures of their little daughter's vaginas, their small frightened legs open. Judge Coon tossed them aside and called it pornography in front of numerous witnesses. No objection over the pictures was heard from Pat Wolke, the children's court-appointed attorney.

Desperate, the Christines approached a few local pastors in hopes of finding help. Instead, to their dismay, they found judgment and condemnation by pastors who had been swayed by the good-ol-boys. Not one pastor in this so-called Christian community rose up to take this young couple under his wing to help them. Not one! But the county critics exposing local corruption did, and were all labeled 'negative by the clergy.

Brian and Ruth were now at the breaking point. They knew the court was scheduled to sever their parental rights next month and they would never see their children again. According to local news reports young Brian, after a supervised visit with his children on Wednesday, August 1st, followed the SCF van that was taking his children back to their foster home. The van driver stopped at a rest area south of Roseburg, Oregon, on I-5. Allegedly, Brian, at gunpoint, rescued his children and drove off with the SCF van and switched vehicles later down the road. 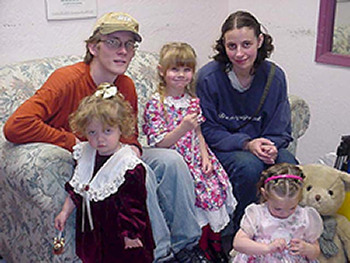 Within moments a nationwide All Points Bulletin was issued on Brian and Ruth Christine. The manhunt begun. One would think they were hunting Osama bin Laden, the #1 terrorist in the world. Instead, they were hunting down a father who dared to rescue his children from Child Services who abducted them unconstitutionally over a year ago.  The FBI was called in. They started interviewing local government critics in hopes of finding a clue to the Christines whereabouts. Remember, this is the same FBI that, when contacted to investigate local Josephine County, Oregon, courthouse corruption, was too busy or understaffed, and, the same FBI that is currently under investigation for it's own corruption. According to AP news on Friday, August 3rd, Brian was caught in Montana without his children and wife.

BAR ATTORNEY'S, SCF, THE STATE AND A DOUBLE STANDARD

Desperate for an improved image, the good-ol-boys had to turn public opinion in their favor. They started a lie, spin and smear campaign to recapture their lost image. They claim the Christine's daughters were dehydrated and so malnourished that they were on the verge of death, rescued just in time. They said the girl's heads looked like the children with big heads in Bangla Desh . Yet, these pictures have not been produced, nor have they appeared in the Daily Courier to back up their lies. I personally saw the pictures they refer to and the heads of the three children were normal.

"The tremendous impact of so many unconstitutional injustices/violations done to the Christines and their small daughters by the judges, attorneys, police, SCF, the state and our pastors, I believe, this is what forced Brian and Ruth to take such desperate measures to save his family.  I truly believe that none of this would have happened if  the Christines had been treated with fairness, kindness and dignity. Instead, the deck was stacked against them in the Josephine County court system from the very beginning."

It saddens me to say that this is a true story. How can we be still and allow this to happen in AMERICA?

Click here to read in the Christines own words of what happened to them and their children on their own web site.

During the Elian Gonzales fiasco, Janet Reno, backed by U.S. Marshals, made the following statements "We have to reunite the child with the father" ...  "Parental rights are absolute" ... "It's the right thing to do"

The U.S. Supreme Court in case law rulings consistently reaffirm that (parental  rights are absolute). There are too many to list, here are just a few.

3) Quilloin v. Walcott, 434 U.S. 246, 255 (1978) " We have recognized on numerous occasions that the relationship between parent and child is constitutionally protected"

4) Parham v. J.R., 442 U.S. 584, 602 (1979) "Our jurisprudence historically has reflected Western civilization concepts of the family as a unit with broad parental authority over minor children."

5) Prince v. Massachusetts, 321 U.S. 158 (1944)  And again confirmed that there is a constitutional dimension to the right of parents to direct the upbringing of their children. "It is cardinal with us that the custody, care and nurture of the child reside first in the parent, whose primary function and freedom include preparation for obligations the state can neither supply nor hinder." Id.,at166.

Josephine County's bar attorneys and judges are breaking the law on a daily basis. Will the good people of faith ever rise up and end this hellish nightmare plaguing America? Or will they turn a blind eye and hide behind their blind pastors.

"All it takes for evil to triumph, is for good men to do nothing" - Edmund Burke

Paul Walter was born 1945 in socialist Yugoslavia. His parents emigrated to America in 1959, served 3 years in the U.S. Armed Forces and became U. S. citizen in 1963. Owner of Walter Publishing & Research. Republished a 100 year old book titled: The Coming Battle  true history of our national debt. The book is currently in its 5th printing. E-mail walter@internetcds.com