“These documents show that the Department of Defense has been indoctrinating our troops with anti-American and racially inflammatory ‘training,’” said Judicial Watch President Tom Fitton. “We must protect our military service members from being brainwashed by the divisive, anti-American propaganda fueling the leftist insurrectionists who are right now trying to destroy our country.”

The leader of one of the nation’s most successful public interest law forms announced in the middle of U.S. urban strife and violence that he and his legal team obtained 1,483 pages of training materials and 26 pages of budget records from the Department of Defense (DOD) that are used by DOD’s “equal opportunity advisors” to train service members about the importance of“diversity within the branches of the U.S. Armed Forces. 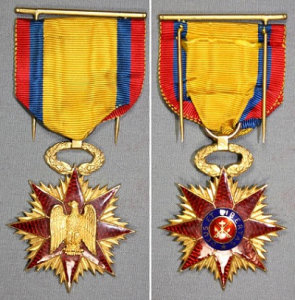 The documents — which were obtained in response to a Judicial Watch Freedom of Information Act (FOIA) request – reveal how deeply entrenched in the U.S. government and the national security complex is the political-correctness orthodoxy.

The teaching materials include “Student Study Guides” written for “Equal Opportunity Advisor Courses,” that are critical of persons who “believe that human similarities are more important than differences;” advise people to acknowledge their privilege when “it is pointed out to them;” claim that heterosexuals have “sexual orientation privilege;” and that “religious privilege” exists.

According to DEOMI’s website, the organization was “Propelled by the civil rights movement of the 1960s.” The DEOMI operating budget between 2012-2017 totaled $19.66 million dollars.

According the Defense Dept Comptroller’s office, DEOMI and WRP (Workforce Recruitment Program) now jointly make up an entity called the Defense Management Operations Center (DMOC) and that entity was budgeted $13,366,000 for FY2020.

The newly released records include a chapter entitled “Power and Privilege,” in which students are taught that “Privilege can also be linked to various forms of identity such as … sexual orientation privilege” and “religious privilege.”

In a chapter on diversity, the guide is critical of those who engage in “minimization,” which it defines as those who believe that “human similarities are more important than differences.”

The guide notes that “Statistics show Whites are the majority in senior leadership positions (i.e., flag officers, general officers, and Senior Executive Service) and lend itself [sic] to the perpetuation of racism.”

An example of “modern racism” is saying things like “Discrimination is a thing of the past … tactics and demands of activists are unfair … racism is bad.”

The document also states that another form of racism is “aversive racism.” Aversive racists, say the authors, “put high value on egalitarian beliefs.”