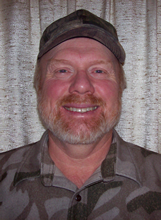 President Trump gave his first State of the Union speech on January 23, 2018.  He shared his vision for America, and some of his administration’s accomplishments during the past year.  He used tragic and triumphant human interest stories to illustrate his major points. He acknowledged the physical presence of those Americans in the Capitol Building that were involved in these emotional stories.

It became painfully obvious that when he announced economic gains, American patriotism, record-setting unemployment numbers, entrepreneurial business successes, military victories in the Middle East, etc…that the Democrats were going ‘to set on their hands’ while having scowls on their faces.  The Democrat’s hatred for President Trump would not allow them to celebrate the good news that he presented to the citizens of the United States.

President Trump has been exposing millions of Americans to the depths of depravity that the Democratic Party has sunk to in our nation.  Normally, the Democrats do a good job of hiding behind their “political masks”.  Trump is allowing the American voter to see behind the phony masks of this corrupt political party and of the ‘fake news media’, in relation to their disdain for truth and justice. Is it any wonder they hate him?

Many Americans would say, “Who is President Trump to expose bad behavior?  He has been guilty of bad behavior throughout his life.” Millions of Americans believe Donald J. Trump has been changed by the Gospel of the Lord Jesus Christ (John Chapter 3).  The skeptics believe he is using the evangelical Christians for political purposes.  Jesus said, “By their fruits you shall know them.”  President Trump’s actions will reveal who he is during his presidency.

About 2000 years ago Jesus of Nazareth was very good at exposing the hypocritical and corrupt religious leaders of Israel.  Jesus raised Lazarus from the dead, and the religious leaders didn’t celebrate the event (Luke 16:19-31).  No, they plotted to kill Lazarus…they couldn’t afford to let Jesus get any favorable press! Jesus healed people and condemned their evil behavior—he needed to die!

President Trump and Jesus both have threatened the ruling class.  Is it any wonder the corrupt ruling class feels their positions of power are endangered?  The ruling classes seek to destroy those who threaten their kingdom.  If Trump or Jesus are successful they are out of business!

[BIO: James K. Johnson is the Founder and President of the Family Watchman Ministries in Hollister, MO. James is also the Alaska & Missouri state coordinator for the Exodus Mandate Project (www.exodusmandate.org). 417-334-6716 or 907-262-1324]