Puerto Rico, Trump And The Birth Of A Global Debt Jubilee 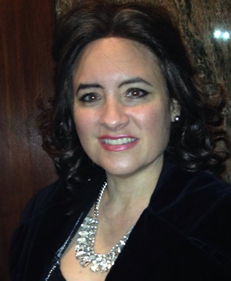 The largest statue in the world, twice the size of the statue of Liberty, is of Columbus in Arecibo, Puerto Rico. The statue, “Birth of the New World”, survived the utter devastation of Hurricane Maria and remains standing.

While we tend to remember Columbus’s first journey in 1492, that journey was exploratory.  Colonial settlements began with Columbus’s second journey, in 1493. Columbus’s 17 ships left Cadiz, Spain on the biblical (Jewish) New Year, Rosh Hashanah.  Jews financed that second voyage hoping to flee the Inquisition.   Spain would choose Puerto Rico as its Caribbean headquarters.  The Inquisition followed them.

Rosh Hashanah marks the creation of mankind, and means “head of the year”.  What happens on that day is thought to set the tone of events for the coming biblical year.  Back in 1493, that second voyage presaged not just the colonization of Puerto Rico, but of the entire New World.  524 years later Hurricane Maria hit Puerto Rico during Rosh Hashanah.  What new world might that event presage?

Prior to an act of God called Hurricane Maria, the bond markets could delude themselves into believing that Puerto Rico’s massive debt could be paid to creditors. That lie has now been laid bare, with multiple billions of dollars in damages to an island already underwater with debt and suffering under austerity to pay creditors.   Can creditors continue to squeeze a people that now lack basics such as clean water and electricity?  How can infrastructure be rebuilt with previous debt payments accounting for essentially all income, even before austerity drove the island’s economy to a standstill?   Most problematic of all, you can’t extract the same amount of tax from an ever-shrinking population.   Puerto Ricans were fleeing P.R. before the storm hit.  They will certainly leave now— leaving behind Puerto Rico’s poorest.

President Trump has agreed that Puerto Rico cannot repay those debts.  Moreover, he has gone a step further to suggest that bondholders will need to accept the risk they took and eat their losses.   The President said, “We’re going to have to wipe that out.”

The bond markets reacted negatively to such statements and left the administration back peddling.  But in May 2016, Trump made similar statements during the campaign, calling U.S debt “unpayable”, suggested that the U.S. federal debt would need to be renegotiated and reminding creditors that “we never have to default because we can print the money.”     Trump has long derided hedge fund managers as “paper pushers” who are “getting away with murder.” Thus, we can ascertain these are the true sentiments of a man who has had his own business debt renegotiated.

The President’s views regarding debt cancellation come at a remarkable time in history.  The entire planet is up to its eyeballs in debt.  Every man, woman, and child in the United States owes over $60K for the federal debt alone.    Many U.S. states and cities, indeed many entire nations, are finding it hard to make just interest payments on the bonds they took out to build infrastructure like schools, roads, and stadiums.  Now comes President Trump offering a biblical solution—a Sabbath rest for debts.

Did God bring on Hurricane Maria to force a Jubilee in Puerto Rico?   Prior to Hurricane Maria, austerity imposed to pay bondholders was emptying out the island leaving a shrinking tax base.   Now, the devastation of the island will force more people to leave as they seek employment, electricity, and safe drinking water on the mainland U.S.    There will soon be no one left to tax forcing debt cancellation.

The critique of debt cancellation is that repayment is an obligation.  This fails to recognize that lenders have moral obligations too!  They are not supposed to extend loans that they know are impossible to repay.  Even after Hurricane Maria, hedge funds showed that they had no morality, as they offered yet more bond financing to Puerto Rico with even greater repayment terms or “vulture bonds”.   Puerto Rico got into its present situation, in large part, because hedge funds realized that Puerto Rico could not declare bankruptcy.  The triple tax-free status of PR bonds and first-priority repayment guaranteed through the US-written PR Constitution encouraged fund managers to throw away all caution and push for more and more borrowing so that US investors had access to more bonds for their portfolios.   Financially naïve politicians agreed, and others were likely bribed to go along.

Arguments against debt cancellation also conveniently ignore the risk the lender agreed to take when extending the loan or bond.  Bonds are, after all, not a risk-free investment, which is why compensation varies with risk rating.  But all arguments regarding debt repayment fail to recognize that the problem of repayment is not so much a moral failure as it is a systemic one.

Lending creates a society that allows everyone to live beyond his means and outside his budget.  Indeed, the system demands it, since the use of credit drives up the cost of goods and services for everyone, creating a world where borrowing becomes a necessity to keep up.  For instance, if car dealers could no longer offer financing to buyers, then automakers and dealers would quickly adjust by offering cars at much lower prices.  Without loans to students and parents, college costs would drop to what families could afford. Costs throughout the economy would adjust to a level people can afford out of pocket or with reasonable saving. This would necessitate building simpler cars and offering less ivy with the education, but would more accurately reflect our actual means.

In a world with easy credit, everyone is encouraged to buy more than they really need, or can afford today.  Buyers currently just look at their “monthly payment”, not the total price, and ‘buy’ Lexus and McMansions.  The net result is that with more dollars chasing the same amount of goods; lending drives up prices for everyone.

Today no one OWNS anything.  Banks have title to everything of value.  Most of us are now driving around in cars that we do not have a legal title to.

During the 1940’s, most people bought cars and even houses without financing.  That is still true in Indonesia today.  U.S. department stores used to not accept credit cards.  Instead, they offered to “lay away” desired items in storage until they were fully paid.  Prior to the early 1800’s, cities did not go to the “bond market” to finance infrastructure projects.  Earlier still, the founding fathers argued that even using public monies to build a canal was not appropriate.  Today, cities think nothing of subsidizing private sports teams by building large stadiums for their private games.

Conservatives lament wasteful spending but fail to realize that lending subsidizes the liberal spending habits they claim to abhor but actually participate in.

Environmentalist’s lament overconsumption and unsustainability, but simply fail to see easy credit as a prime cause.

In a world with financing, we create a world that requires borrowing.   House prices rise until even the most frugal must take out a mortgage.  We have done this with everything.   Cities feel compelled to turn to the bond markets for financing for everyday needs.  We do not ask how much we can pay off?  We ask: How much debt can we service?

We borrow until no one can afford to service even the interest payments.  And now, with Puerto Rico, the bubble has begun to burst.  Eventually, it will burst for the mainland U.S. cities and states.

At that point, there are two choices.

Choice one:  The U.S. will need to decide if it will treat U.S. states and cities like Greece and become a slave to the lender by forcing citizens into debt BONDage.  Greece confiscated both bank and retirement accounts.  Greece shut down schools.  (Puerto Rico has already closed 184 schools to try to meet debts and has been in austerity for 10 years.)  Greece sold off its national parks, utility companies, airports, and even islands to pay off creditors, who then turned around and sold the properties to friends of bankers for pennies on the dollar.  The European Central Bank treated Greece like a hostile occupied state in order to pay off creditors who were unwilling to accept the RISK they had signed up for!    Moreover, as Forbes magazine has noted, “austerity schemes” are a failure.

Choice Two:  The Treasury purchases bonds at market value or at a renegotiated much lower price.

U.S. federal debt stands at over $60K for every man, woman, and child.  Greece was locked into accepting austerity because it had surrendered control of its monetary policy to the European Central bank when it joined the European Union.  But the U.S. still can legally direct the U.S. Treasury to create money to pay off bondholders.  It can buy back Detroit bonds, Puerto Rican bonds, Illinois bonds, and U.S. Federal bonds.   Back in May 2016,  Trump said, “You never have to default, because you print the money.”  Perhaps, the President was channeling Abraham Lincoln, who directed the Treasury to directly issue “greenbacks” during the Civil War to avoid locking the government into debt with exorbitant interest rates.  This interest-free money was key to funding not only the North’s victory in the war, but an array of infrastructure projects.     Former Fed Chairman Alan Greenspan has made statements similar to Donald Trump, “The U.S. can pay any debt that it has because we can always print money to do that.  So there is zero probability of default.”

People argue that this is inflationary.   They expected inflation with quantitative easing. It never materialized.   If you can print up billions to bailout Wall Street banks, then helping our states and cities with far less money will not be inflationary.    It is actually deflationary.   Why?  When a company buys back its own stock, those shares vanish.  In similar fashion, when the government purchases back its own bonds, the bond obligation vanishes too.  Do taxpayers pay for this?  No.  Money emitted by the Federal Reserve in the form of quantitative easing do not come from taxpayer funds but are magically created as mere accounting entries.

A return to interest free money creation would certainly please God.  Perhaps this is why Hurricane Maria left the world’s largest Columbus statue, “Birth of a New World”, still standing.  God may also have left this statue as a reminder that Puerto Rico will be the beginning or “Rosh Hashanah” of a historic wave of debt jubilees to spread across the New World.

[BIO: Roxane Premont Is the former public policy director of the North Carolina Education Reform Foundation.  Currently she is a full time mom to her children.