Blessed are those who mourn, for they will be comforted.– Matthew 5:4

Before you read the beautifully written obituary by JD Pendry’s son, let me tell you about my friendship with him.  Years ago, I came across his WordPress account and loved what he had written.  Short, to the point, and always with a lesson.  Some of his writings made me weep, some made me laugh, and others made me think.  But then others gave me inspiration and ideas.  I mentioned to him that he was so well written that he needed a larger audience and introduced him to NewsWithViews and Paul Walter.

His articles appeared at NWVs for over a year and also at his own WordPress page.  Every time I wrote an article, it would first appear at NWVs and then later at JD’s blog, American Freedom Journal.  So many wonderful people also wrote for him and the articles were always of interest.

His last message to me was that he couldn’t sit at the computer because he had what he thought was a horrible pneumonia.  I talked with his son a few times while JD was in hospital, and we kept praying for mercy and healing, but God’s perfect will was to bring JD home to Him.

Those of us who knew him will miss him terribly, and our condolences and prayers go out to his wife, “Susie Q” and his son and family.  Till we meet again JD! 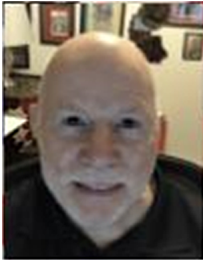 He was born in Pineville, West Virginia to the late Hudson Gray and Edith Margaret Sizemore Pendry. Dave was also preceded in death by his sister, Donna Egnor, and his brother, Jerry Pendry.

Dave was blessed with a loving family.  He married his best friend and Household 6, “Suzie-Q”, on May 4, 1973.  They traveled the world together, living in and visiting places such as South Korea, Germany, and multiple states in the U.S.

Aside from his family, Dave’s greatest devotion was to the members of the U.S. Armed forces.  He spent his entire 28-year military career taking care of and mentoring soldiers as an NCO in roles such as ROTC instructor, Drill Sergeant, First Sergeant, and Command Sergeant Major.  He continued his service to veterans after his Army retirement while working for the Department of Veteran Affairs.

Dave’s greatest passion was writing.  He wrote multiple articles for publications such as the NCO Journal and Field Artillery.  His book “The Three Meter Zone”, published in 1999, outlined his philosophy of leadership and was his way of continuing to mentor and train his fellow NCOs.

Surviving are his loving wife of 48 years Su Pendry, his son James D. Pendry Jr., daughter in law Katherine, and his granddaughters Olivia and Amelia.  He is also survived by his sister, Gloria Caserta of Ceredo, WV, and his brother, Roger Pendry of St. Albans.

The family will receive friends from 12 to 1:00 p.m. before the funeral service.  The family asks while you pay your condolences and respects, please keep your social distancing. We appreciate your understanding during this time.

You may visit Dave’s tribute page at BartlettNicholsFuneralHome.com to share memories or condolences with the family.