God doesn’t want something from us, he simply wants us.  —C.S. Lewis

Our Father and Our God, unto thee, O Lord we lift our souls.  —William Pennington

For in it the righteousness of God is revealed from faith to faith, for it is written, ‘The righteous man shall live by faith,’” —Romans 1:17 quoting Habakkuk 2:4

Propaganda infuses our culture with messages that there are just a few winners and many losers; that we are killing the earth and time is running out; that prosperity is an anachronism and detrimental to life; that individual freedom is selfish and injures those who are less free. These messages are crafted to shame and pressure you, and to create a sense of urgency that impairs your ability to reason clearly.  —Rosa Koire in her book, Behind the Green Mask 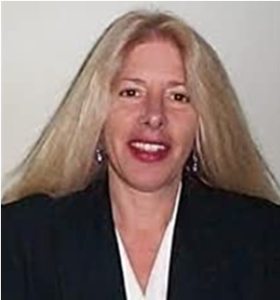 A warrior, so like Deborah of the book of Judges, was our friend Rosa Koire. Rosa went home to the Lord at midnight on May 31, 2021, leaving behind those who loved and followed her brilliant exposé of the evil of UN Agenda 21/30 and sustainability.

The story of Deborah in Judges 4 and 5 begins like many of the stories in the Book of Judges. The Israelites sinned against the Lord, and he sold them out to King Jabin of Canaan. This went on for 20 years until the Israelites cried out to the Lord for help. At that time, Deborah was leading Israel as a judge, the only female judge of the Bible. She sent for Barak, a commander in Israel’s army, and told him to go and fight Jabin’s army led by Sisera.

Barak said he would only go if Deborah went with him. Deborah stepped forward with bravery in obedience to God to lead the Israelites in times of challenge and oppression, but told Barak the honor will not go to him, because the Lord will deliver Sisera into the hands of a woman. When Barak’s army advances, the Lord routs Sisera’s army, and Sisera flees on foot.  Deborah fought and won for Israel.  Like Rosa, she was a busy woman. Judges 4:5 says, “She held court under the Palm of Deborah between Ramah and Bethel in the hill country of Ephraim, and the Israelites went up to her to have their disputes decided.”

Rosa fought for freedom and truth for America’s people as she was well acquainted with disputes. Her career was as a forensic commercial real estate appraiser specializing in eminent domain valuation. Here is her full and amazing bio.  Her website, Democrats Against UN Agenda 21, includes her latest February 2021 interview about The Great Reset.

Deborah was a woman of great wisdom, revelation, and discernment. She also had a prophetic gift, including knowing the times and seasons of the Lord. She clearly heard the voice of the Lord.  The story of Deborah, warrior for Israel, so describes the brilliant warrior for freedom, our dear friend, Rosa Koire.  Rosa traveled our country to educate America’s citizenry regarding those who wished to destroy our God given freedoms and lock us into their demonic and despotic control.  She and her partner Kay were warriors for truth and fought for our liberties, not only in the San Francisco Bay area where they lived, but throughout America and the world.

Years ago, when Rosa traveled to Tennessee to speak, I drove to Chattanooga so we could have lunch together and talk about UN Agenda 21’s sustainable development plans for America…all of which are demonic and destructive.

We maintained email and phone contact for years and in 2012, Charlotte Iserbyt held a conference on education at her home in Maine.  I mentioned the conference to Rosa and she said she’d love to attend…and Charlotte was thrilled to have her.  We spent a few days together hearing wonderfully brilliant people speak about the destruction of America’s academic education, including dear Rosa.

What few people know is that late at night we sneaked time together to talk about what we both knew was happening in our beloved country.  Rosa was a Democrat and I’m a hardcore conservative, yet both of us worried about our beloved country and the monsters out to destroy her.

That was a special time.  Rosa came to know that she was with a group of wonderful men and women who were just as concerned about America as she was.  Charlotte blessed us with that gathering and Rosa even met wonderful Samuel Blumenfeld.  All of us staying at Charlotte’s home had evenings together to chatter away like magpies about the goings on in America…to laugh, to cry, to mourn and rejoice over our beloved country and her people.

Several weeks ago, I emailed Rosa and she emailed me back asking for prayer.  She didn’t tell me what was wrong, but that she had trouble breathing.  My first thought was covid or pneumonia.  We sent out prayers that go around the world…to Australia, England, Israel and America.

I overheard a conversation Rosa had with her partner Kay where Kay was telling Rosa that she needed to let people know what she was going through and the devastation of her illness.  Kay convinced Rosa that so many of us love her and would want to know.

Rosa told me she was diagnosed with lung and liver cancer and my heart was broken.  Kay called and we spoke for over an hour.  She is a dear sweet Christian gal and she and Rosa were a perfect match in all the years they fought together against Agenda 21 in the Bay area.

I’ve watched during my years on earth how the Lord often picks the most beautiful flowers first.  Rosa was one of the most beautiful of His creations…a true warrior, a kind, decent woman with a heart and soul filled with love for humanity.

Gone too soon; heaven rejoices and we mourn…

God bless you Rosa…you fought the good fight.  Well done my friend; till we meet again.