Skip to content
Home/April 2017, Opinions/Should We Build a Wall or a Bigger Table?

Should We Build a Wall or a Bigger Table?

There is a little idea floating around on social media, “make a larger table not a larger wall.” I find this topic of immigration and the involvement of refugees in the U.S to be a sort of defining chapter in the annuls of this country. 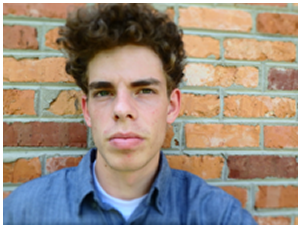 America started as a country of immigrants, yes. America started as a country with expectations of immigrants, yes. America gives citizens the right to religious freedom, yes. America was founded with principles that align, in some ways, with christian beliefs, yes. Refugees, sojourners and immigrants who abuse this country’s process to naturalization should be removed, yes. A non-citizen is not protected by the Constitution and or the Bill of Rights these are granted to the privileged who call themselves Americans, and if you don’t think so, talk to any American that has temporarily lived outside the U.S and it’s provinces or leave.

Some people have pointed to other countries as examples of “good” immigration policies and actions towards refugees. When I spent time in Greece and started getting to know the culture and families most were not as accepting of their Middle Eastern neighbors as you may expect. When I asked one of the Grecian men why the refugees were forced to “live” in an abandoned building he said that the refugees(men, I did not meet with the women and children), did not care about Greece all they were doing was causing trouble and generally aiding the deterioration of the society of Patras, Greece. It’s not that they were destroying buildings or killing people but the opposite, they were doing nothing and expecting to be treated as equals in society, not equal as a man to a man at his barest, but equal as in reaping the privileges of a citizen invested in society.

If we decide to build bigger tables, to welcome refugees it can only be in our homes, the American government cannot rely on unpredictable minorities as it’s basis for immigration. The objective of the federal government is to protect the American people from the degradation by foreigners of our country, aka enforcement  of borders. Homes should be open to refugees, but not in Ignorance of the obstacles, instead in understanding and love. As far as a wall it’s the same as using soap you wash out the the bodies that don’t help your body thrive.

We as Americans have the power and responsibility to change our country, but “with great power, comes great responsibility”. The forefathers wanted to establish a nation that could have a strong basis, yet still have modification and additions, all the time growing as an example of what a people united for freedom and unity can accomplish.

The U.S has a rich history one we can learn from, these problems of immigrant attacks and issues with the Middle East have been around since our country’s conception, maybe in different contexts or situations but conceptually the same. If we are strong enough to look back and review the decisions and consequences I truly believe that, even “millennials”, have the makings to build this country to be an even better Country than our forefathers could have imagined.

So why choose? Let’s build a wall to help keep this country’s occupants American or those actively striving to be, to keep the government more secure in order that we build a country that rightfully takes it’s place as a world leader. Let’s build a bigger table, learn from people who share our love for America, get involved with refugees in our communities to help them learn why America was such a pivotal country in world history. Let’s open our eyes and hearts and love those around us with the love we desire!

Learn more about your Constitution with Arthur Fillingim and the Institute on the Constitution and receive your free gift.

Arthur Fillingim is a home-educated high school student who lives in Savannah, Ga with his eight siblings. Arthur’s apologetic approach to American government and politics started when he became involved in Teen Pact’s various classes and events. Within Teen Pact He was elected Ga state class Governor, by his peers and ran as a national Senator in 2016.

His other interests include playing guitar, mandolin, ukulele and piano as well as playing basket ball and ultimate frisbee.   Arthur is currently attending Community Bible Church of Savannah.