The Democratic Party, especially its leaders in both Houses of the U.S. Congress, has demonstrated time and time again that they place little, if any, interest in protecting American citizens. They’ve also demonstrated that their interest in the U.S. Constitution is how it can be used to actually hurt American people, according to former Chief of Detectives Scott Myers of the Saratoga P.D., and current security director and consulting detective.

A perfect example of their propensity to be an anti-Constitution political movement is being ignored by the news media who prefer to intensify their assistance to the Deep State and the Democratic Party in overthrowing the Donald Trump presidency.

For example, Speaker of the House Nancy Pelosi, D-California, is angrily refusing to accept a U.S. Supreme Court ruling that confirmed President Trump’s legal right to enforce a travel ban. 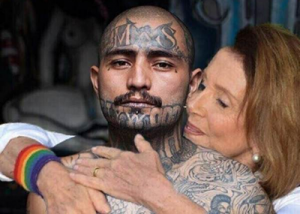 Pelosi, in the midst of the Trump Impeachment Trial, revealed that the Democratic-controlled House will vote on a bill to repeal President Donald Trump’s travel ban, which he ordered to counter the arrival in America of individuals from the world’s terrorist havens, especially in the Middle East, Latin America and parts of North Africa.

Following weeks of Democrats accusing the Trump administration of racism and unfairness, the Supreme Court ruled that the president had the legal authority to operate the travel ban, which bars citizens of certain countries with high rates of extremist violence from entering the U.S. on national security grounds.

Despite the Supreme Court decision, Pelosi said the House Judiciary Committee will propose and fight for her party’s bill dubbed “The National Origin-Based Anti discrimination for Non immigrants” or “NO BAN Act,” which was penned by Representative Judy Chu, Pelosi’s fellow Democrat from California.

“House Democrats continue to stand opposed to President Trump’s cruel, un-American travel ban in all of its iterations,” Pelosi said in a statement, adding that the bill will “prohibit religious discrimination in our immigration system and limit the President’s ability to impose such biased and bigoted restrictions.”

“Her recent statements show us that Pelosi is willing to allow criminals, terrorists and sexual predators entry into the United States even if these immigrants are a threat to citizens. And she doesn’t care if they kill or injure Americans,” said former police lieutenant Mark Franin now a police academy instructor. 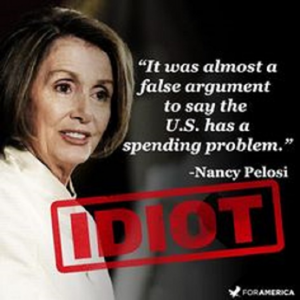 “It is essential that we take away the president’s power to put prejudice into policy,” Chusaid at a press conference.

Administration officials have argued that its travel restrictions are essential to national security, due to countries named on the list not adequately vetting travelers to the U.S. At one congressional hearing during the Obama administration, FBI Director James Comey admitted there is no realistic way for the feds to vet aliens, especially criminal aliens who possess aliases galore.

Several left-wing and Marxist groups such as the American Civil Liberties Union, the Southern Poverty Law Center (SPLC) and others have filed legal challenges to the travel ban, but each case met with failure.

The Supreme Court has clearly ruled that whoever is the president of the United States –Democrat or Republican — can legally restrict immigration for national security purposes. Trump vowed to keep the nation safe, and many Americans would agree he has done that since taking office.

“Even though Nancy Pelosi hastily rammed impeachment through Congress and got her way, she isn’t done doing damage. President Trump was always her #1 target, but now she’s got a new target in her crosshairs: Congressional Conservatives,” said Rep. Liz Cheney, R-Wyoming, in an email to the National Association of Chiefs of Police (NACOP) on Wednesday.

“[It] comes as no shock that Nancy Pelosi would like to see our voices removed from Congress, and I know right now she’s rallying her supporters to see us defeated,” stated Cheney, the daughter of former Vice President Dick Cheney (2001-2009), in her statement to NACOP.