Could somebody please tell me why the Democrat Party has made the protection and promotion of homosexuality, same sex marriage and trans-genderism their primary mission?  I mean without exception every single Democrat elected to office these days has this near maniacal impetus towards the homosexual agenda forcing it into every aspect of Americana. And they are doing this against the will of the vast majority of the people.  It’s true.  When the general public is asked what are your main concerns about our nation, discrimination of homosexuals and their cross dressing buddies didn’t even make the list.

The reason I bring this up, there is at this moment a very dangerous bill gaining a lot of attention in congress and championed by the House Democrats called the Equality Act, H.R. 5 and in the Senate S. 788 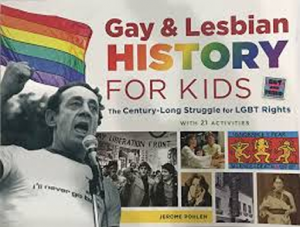 “To prohibit discrimination on the basis of sex, gender identity, and sexual orientation, and for other purposes.”  If this were to pass (and it could with the help of some Senate Rinos) it would force virtually every institution in society, including religious institutions, “to hire, serve (bake cakes), and promote homosexuals and individuals confused about their gender.”  Other results would be that Christian and Jewish adoption agencies will be required to place children with homosexuals or trans-genders, and Christian ministers and priests as well as rabbis will be required to marry two men or two women.  Counsellors of faith will be banned from helping people with unwanted same-sex attractions or gender confusion. Everyone will have to affirm the LGBT agenda or face repercussions such as losing tax exempt status or worse.  This piece of legislation is completely unconstitutional but has that ever stopped them from trying? 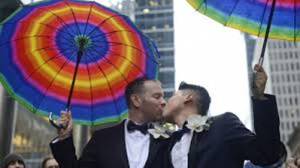 Did any of you really send your elected representative to your State House or to Washington DC to fight for this “LBGT……movement”?  I didn’t either.  It’s not a burning concern for many.  Then why the frenzied drive to constantly ram this agenda home?  So I started to take a look around to see how we got into this fix and I ran across this little item.

Of these 45 goals which are still part of the congressional record, I will list only a few for you to draw your own conclusions as to why we are in the state we are in. 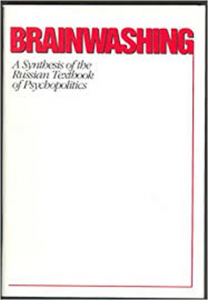 If you read the entire list you will be stunned at how many of these 45 goals are in place and have been for decades.  It covers the takeover of the Arts, the churches, the press and all forms of media, the Courts and basically all aspects of American culture.  Were any of you aware that such a list was recorded in the congressional record 56 years ago?  Me neither.

From my point of view this Equality Act is nothing more than another attempt at forcing you and me and every business, big or small, every school, regardless of grade level, every church or religious organization, regardless of denomination to accept the Homosexual Agenda or suffer the many consequences.  If Bob, your Sales Manager shows up some morning in high heels and a skirt calling himself Roberta, you’re SOL.  Same goes for your child’s second grade teacher who used to be a woman but now prefers to be a man.  Explain that one to little Megan.  How about sports teams?  I’ve already seen where some muscle bound high school kid now claiming to be a girl joined the girls wrestling team.

The front page photo showed this poor young lady in a head lock with this contorted pained expression on her face and this hulk on top of her showing these bulging biceps.  It was ridiculous.  The losing team withdrew from all future competition claiming it unfair and rightfully so.  Use your own imagination as to how this could affect the family structure and our entire way of life. 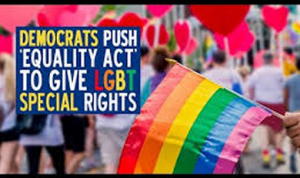 Do any of you see this glaring discrimination against Homosexuality?  Isn’t it now forced into every media platform available?  Isn’t it now imbedded into every Hollywood movie, television program, including HBO, Netflix, Amazon, and even children’s cartoon shows?  Are they not winning lawsuits against those who politely decline performing services for same sex weddings such as baking a wedding cake or photographing the affair based on religious principles?

As I asked in the beginning of this commentary, why have the Democrats made the Homosexual Agenda their top priority?  I believe it is because they know it will create havoc.  It will create further division and overload the system.  They are hell bent on tearing down this nation any way they possibly can.  It is also my belief that the Democrat Party cares nothing for Homosexuals and is just using them to push us further down a road of depravity and confusion.  This is the true agenda of the radical left who have completely co-opted the Democrat Party (see goal # 15 above).

I pray that this dangerous piece of legislation called the Equality Act will fail in dramatic fashion because the populace woke up and said HELL NO!   My purpose here is to bring it to your attention and in doing so perhaps you will talk it up and spread it around.  And if it fails we all know it is only temporary.  They’ll be back at it shortly.  We have to become and remain as vigilant as the radical left has always been.