So, where were we?  Right!  Being spied on at every turn!  Let’s continue… 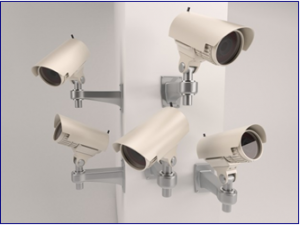 This is a company, not a protocol……  And yes, I do mean that Amazon.  Their TV Fire Sticks and their Echo products all record your conversations, but I don’t know whose cloud these are stored on.  Maybe they’re shared – could be a profit-making tool for Amazon.

Your kindle reading is also recorded including anything you highlight.  Same goes for monitoring what movies you stream.  Alexa?  ALEXA!!  She’s voice activated, you know.  And she has one big, bounteous memory!  (Isn’t this great?)

Leading the pack is Siri.  Click on her name to find out what makes her work.  Want to get some more  warm and fuzzy feelings?  Her basic structure was formulated over at DARPA.  Whoopee!  [DoD’s DARPA – Defense Advanced Research Project Agency]

Okay we’ve already said all of this is recorded.  And it is: your calls, your texts, your alarms, your web browsing…  ALL of it is recorded.  Forever.  To be data mined at any time.

And just when you think it could not get any worse — it has.  Now law enforcement at all levels has the STINGRAY (which they are not supposed to talk about).  This is the IMSI-catcher  device (also known as cell site simulator, triggerfish, wolfpack, gossamer, and swampbox) that tricks your cell phone into thinking that the Stingray is a cell tower.  And when your phone automatically connects to it, well, then the officers can monitor you directly, in real time, without a warrant.   (Really!?)

This device is reportedly able to BLOCK communications, also.  They could have quite a heyday play day with that, huh?

The government – or your friendly carrier – can activate your phone’s microphone (whether the phone is on or off).  This turns it into a roving bug that records voices anywhere near the phone.

Your phone needs to be on but even if you disable the GPS function, it can be activated remotely without telling you so.  They can track you.  Of course they can also triangulate your position by measuring the intensity of your connections to nearby cell towers.

The solution to microphones and GPS is simple.  REMOVE THE BATTERY.  Oh, but I know – you might miss Aunt Julia’s wedding pictures!  And how would you open the garage door…?

It gets down to, which price do you want to pay?  Convenience?  Or Security?  (And there isn’t much of that left, is there?)

Hell, he’s bugged everywhere he goes!  And all of us, too!  THEY HAVE ALL OF THIS INFORMATION.  IT’S WHAT THEY DO!   And we’re paying for it!

And while we’re on this topic, don’t ever forget their expertise in voice simulation.  If you hear a quote that doesn’t sound  right, verify that it was actually spoken by the person it is attributed to.  (What a shame to need conversations like these…)

And SMART meters talk to other SMART meters.  They convey user information.  And at some not too distant time the government will begin talking back to the SMART meters about what is allowed to be turned on in your place, what isn’t, and when.  (It is called C-O-N-T-R-O-L.  SMART, huh?)

And just coming online is the “Internet of  Things”.  Everything on the internet is captured, copied, stored.

Your SMART phone can do almost anything anymore:  Start the coffee, open the garage door, monitor the nursery, set the alarm – all shared in real time with the government.  This is all done through the internet.  It is ALL copied and stored indefinitely.

There’s that pesky little black box in many cars that records such things as speed, braking, destination routes, mileage.  Your GPS records your locations.  Automatic toll and parking tags record dates and times, and often photos.  Cameras take pictures of your license plate.  And your voice activated Amazon Alexa-for-Androids in your car?  Need you ask?

This link takes you to a retail site where YOU can buy all sorts of fancy toys to monitor, spy, surveil, whomever and/or whatever you want.  So – not only do you have your overreaching Fourth-Amendment-be-damned government going bonkers, but you can do it yourself !!

You may find that your spouse, your kids, your boss, your best friend, your worst enemy, or anybody-anybody beat you to it and is tracking you, your location, your phone calls and texts, your GPS – all in real time.  Warm and cozy, huh?  (Santa might not be the only one checking it twice.)

Not to be outdone, your government has a purchasing catalog, too!  It’s classified and it’s called the NSA ANT catalog.  It runs 50 pages.  You see, the National Security Agency (NSA) has a division called Tailored Access Operations (TAO) (tasked with hacking computers) that can order cyber snooping materials from the Advanced Network Technology Division.

Just makes you want to crack out the plastic and start ordering!  (No.  You are not allowed to.  You just get to pay for the stuff.  But don’t forget your retail site a few paragraphs up.  You can buy neat stuff there!)

And TOYS for the KIDDIES!  At Christmas in 2015 Mattel, in association with ToyTalk of San Francisco, introduced Hello Barbie, a WIFI connected cloud-based interactive doll that converses with the kid and becomes – as it retains the child’s conversations – progressively more familiar with the child’s interests, favorite people, secrets, fears – can you see where this is going?  The doll is constantly up-programmed to suit the child’s input: personality, dreams, wishes, problems, …  and the conversations are all retained by ToyTalk.

This past Christmas the My Friend Cayla doll and the i-Que robot from Genesis Toys were introduced.  Both are interactive, both record nearby voices. Recordings are kept by a company called Nuance.  Nuance also does business with the US military, intelligence agencies, and law enforcement…….  (I don’t want to guess what these guys would put in a book on raising children.)

The new Utah Data Center uses up to 1.7 million gallons of water a day, primarily for cooling.  How do they get that much water in the desert?  What becomes of their waste water?  The NSA says the amount they use is classified.  The best I can tell their monthly water costs may be from $32,000 to $36,000 but I can’t pin those numbers down.

Their electricity is estimated to run about 40 million dollars a year.

A new NSA data center is underway in Fort Meade, MD. It is planned to be two and one-half times the size of the Utah Data Center. What? Are they setting up an elaborate blackmail system? Is my verb tense wrong?

The Global Information Grid traffic equals about 966 exabytes a year.

It does not appear things will get better any time soon but now that President Donald Trump has publicly announced/denounced being “surveilled” – Well, something just might get changed.  (Starting with the NSA and its budget could be a thought.) –From Judge Andrew Napolitano / Fox Opinion:

“The surveillance state regime today permits America’s 60,000 military and civilian domestic spies to access in real time all the landline and mobile telephone calls and all the desktop and mobile device keystrokes and all the digital data created and used by anyone in the United States.

The targets today are not just ordinary Americans; they are justices on the Supreme Court, military brass in the Pentagon, agents in the FBI, local police in cities and towns, and the man in the Oval Office.”

THIS IS THE VERY ESSENCE OF A ROGUE POLICE STATE.

About the Author: Ronnie Herne

Ronnie Herne is a veteran having served from 1969 to 1973 as a Captain in the Air Force. She was a Flight Nurse stationed in the Philippines with C-141 flights to DaNang, Ton Son Nhut, and Cam Rahn Bay, all destined for Japan. In addition she spent eight separate weeks on the ground in VietNam. She started her political activities in 1991 with NAFTA (the North American Free Trade Agreement). She fought it but watched as Bush pushed it and Clinton completed it. She was a Perot Volunteer, active in United We Stand America, involved in the creation of the Reform Party of California. She retired to Oregon and put her attentions on county government. With Agenda 21, regionalism, socialism, taxes, county land giveaways and other ills all present at the local level, she and a friend constructed a county Home Rule Charter to push back. It included property rights, water rights, veteran service, lower fees, no unelected county administrator, no “Green” code requirements, etc. It was a marvelous charter but failed. Agenda 21 marches on. So does Ronnie. E:Mail: AuntRonnie@SadieGoat.com