The Left and the Rise of Marxism

Is it a case of ordained fate we cannot escape or is it that We the People are too dense to learn from our own mistakes? Paging through humanity’s history, time and again we find numerous instances of costly mistakes where people ignore facts and reason by entrusting their lives to a “savior.” And time and again, we have ended up paying the price for our folly. If we are not genetically doomed to make these ruinous mistakes—which I am certain we are not—then do we commit them out of wishful thinking, laziness, desperation, or some combination of the three?

To illustrate how mistake-prone we are, a few examples will suffice. In order to address economic disparity, a pivotal concern of humanity, Karl Marx showed up trumpeting his battle cry, “from each according to his ability, to each according to his needs.” Marx announced that the proletariat is the producer of wealth and that capitalists are leeches robbing them of the fruits of their labor. 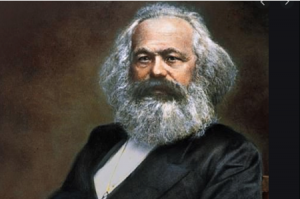 In effect, Karl Marx originated the concept of class warfare, the poor against the rich. He urged the workers to rise, rid themselves of the rich and take full possession of their own self-produced goods. Humanity’s poor masses found their messiah in this ideologue, rallied behind him, and got to experience a Marxist paradise. While Marx’s summons was aimed at the laboring class of industrial Europe, the peasantry in both Russia and later in China enthusiastically answered his call. The results: many of the rich went to early graves, only to be replaced by a new class of overlord apparatchiks, and the poor continued to be poor. In the process, the disciples of Marx and Lenin such as Stalin and Mao subjected over 100 million to death, and untold millions suffered for many decades while the promised workers paradise never materialized.

Dis-incentive was the “Achilles Heel” of Marxism. Except for the ruling class, whether you worked hard or loafed, you basically got the same incentive under Marxism. The Democrats and Biden basically want to transform America to cultural-Marxism: a failed economic philosophy, in a poorly disguised form that this Party has been relentlessly pushing throughout the ages. Democrats’ redistribution of wealth does nothing but dis-incentivize an individual’s prime motive force “self-exertion” for “self-reward.” Democrats feel the rich have too much and the poor should simply get a much bigger share of what the rich have. If that is not the exact Marxist failed philosophy, then what is it?

While Marx’s workers’ paradise ideal continued to struggle, and kept failing miserably to deliver its promises, its offshoots such as European Socialism and now American Redistributionism under Democratic leadership are still aims to create a society where those who succeed in generating wealth turn over the major share of their earnings to those who do not.

Dis-incentivizing individual exertion through confiscatory taxes is the surest way to reduce the overall wealth of any society. The rich resort to strategies that shelter their wealth, become discouraged in investing their funds, and then the overall wealth of the society declines. It is investment by those who have funds that creates wealth and jobs. And it is jobs that are the best way to help the have-nots, not government handouts.

In order to address economic issues effectively, government policies should facilitate all individuals and companies to create more wealth, not penalize those who have managed to create and acquire wealth by over-regulation and excessive taxation. The last thing any government should do is to use the ineffective deadly weapon of classism, pitting the poor against the rich.

Not long after the launch of Marxism, another “savior,” by the name of Adolph Hitler, rose to power on the promise of fixing humanity’s economic and other problems at its very foundation based on nationalism. Specifically, he proposed ridding the world of its burden of undesirables and unfit, with Jews on top of his list. Marx’s trump “card” was class warfare. Hitler flashed the ethnic-race card. He claimed that the Aryan race was the cream of humanity’s crop that brought nothing but good to the table, while Semitic, black and yellow people represented exploiters and aberrations to be eliminated. For good measure, he lumped in the mentally challenged, homosexuals and the physically handicapped as humanity’s misfits as well to be rid of.

Picking a scapegoat has always worked magic over the millennia, and even Hitler’s syphilitic brain recognized its value for his campaign of mass genocide. The results: Millions died, among them some of mankind’s best-educated and productive Jews. Hitlerism and Communism, for all intents and purposes, either died or went on life support, providing ample opportunities for other saviors.

Islam to the Rescue

In no time at all Islam, long fractured, lethargic and dormant, found a new vitality under the leadership of the Ayatollah Khomeini of Iran, who raised the Black Standard and promised Allah’s paradise to the totality of mankind for the simple price of accepting his Shiite brand of Islam. A naïve dreamer of an American President, Jimmy Carter, hailed Khomeini as a saint-savior, an answer to a prayer, so to speak. Not to be left out, shortly after the Shiite Khomeini’s lightning success in Iran that deposed the Shah and established the Islamic Republic, a Sunni Muslim “Osama Bin Laden” launched his campaign of bringing about a worldwide Caliphate, as the sure cure for humanity’s ills.

In contrast to Marx’s class warfare and Hitler’s ethnic-race rallying cries, Khomeini and Bin Laden hoisted the ever-effective battle call of religion. The very concept of religion that stands for uniting people has been subverted, time and again, by clever and devious opportunists as means of pitting people against each other.

America at a Critical Point

The great nation of all nations, America, is at a critical point and crossroads. The current uprising under the direction of George Soros/Obama and the DNC has been abysmal in all areas vital to our nation. Islamist jihadists are on the march and democracy is in retreat. The Islamic Republic of Iran is rapidly moving toward acquiring nuclear weapon capability.

Domestically, our house is in shambles. The national debt is staggering. If Biden is elected, the nation’s debt will exceed that of our obligation under all other previous administrations combined. Our children and grandchildren will have to service this debt at economically soaring rates. Even today, forty cents of the Federal tax dollar go to servicing the loans—much of it to China and foreign entities.

It is imperative that we, as a nation, live within our means, just like families do. In like manner that families should cut back on everything they can, in order to live within their means, the Federal Government needs do the same. It must reduce the size of government and eliminate hundreds of bureaucracies that are redundant or completely useless as President Trump has done. We, as responsible citizens, must make sure that President Trump is reelected.

If the Democrats take over the White House, America, as we know it, will not be recognizable.