The Real Religious Jihad On America 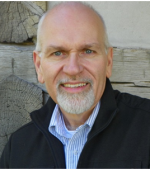 We are living in a time of revealing. Christians, Conservatives, Libertarians, Patriots, and other freedom and liberty minded people, should take the time to rejoice. There are many reasons to rejoice today but here is one that some may be missing – we should rejoice because the God-haters, the America-haters, the freedom-haters, the liberty-haters, in short, the satanic, demonic, Leftists among us are finally being exposed on a scale and at a depth never before seen in American history.

Leftists, Marxists, Communists, Democrats, America-haters, and God-haters, all have one thing in common – they serve a demonic master who has completely destroyed their innate ability to reason for the common good. I and many others have said for many years that Leftist politics, whether Marxist, or Globalist, is a mental disorder. We are seeing that truth verified like never before.

Governors and Mayors across America, who march under the banner of the Democrats and some even as Republicans, have been doing us a great favor by showing who they really are. Governor Gretchen Whitmer in Michigan, Gavin Newsome in California, Andrew Cuomo in New York, Kate Brown in Oregon, and many others, have shown that their true allegiance is not to their constituency, is not to the Constitutional rights of their states’ citizens, but is instead to their utopian vision of all people living as serfs to the all-powerful state; In a word, friends, tyranny.

They are busy pontificating in unlawful and unconstitutional ways that are destroying individual freedom and our God-given Constitutional rights. The reason they are doing this is because they have done it before with little to no resistance. These Leftists, Marxists, and Luciferians, now hiding under the Orwellian moniker of Progressive, have enjoyed the complete sanctioning of the Mockingbird American media. The media industrial complex which is wholly owned by the Central Intelligence Agency obfuscates truth and as a whole, regurgitates officially sanctioned and carefully crafted disinformation aimed at keeping the dumbed-down American public asleep and coddled at the breast of an ever increasing Federal Government that has become an oligarchy. This is tyranny friends. Americans are being enslaved and the vast majority doesn’t know and doesn’t care.

Today, Christians not bamboozled by false doctrine and teaching about subservience to the state as master, Conservatives not beholden to a political party for their voice, and patriots who understand the dire times we live in, are rising up and offering stiff push-back. Americans who understand what the founding fathers bequeathed to us are rising up and saying no more. Protests are growing and political fallout is on the horizon.

We should be encouraged by this, friends. However, we must maintain our strong opposition to what has embedded itself in our national fabric. Indeed, I believe we must destroy it as it is a disease and a cancer upon any free people and nation.

What you need to know today friends is that the Leftists, Marxists, Communists, Progressives in our midst, have all revealed their religion, they have unfurled their banner, and they are attempting a blitzkrieg across this great nation with one objective: the complete surrender of our freedoms, liberties, Constitutional rights, and way of life. We cannot allow them to win this war and we must aggressively oppose this take-over of America with every available resource we have at our disposal.

Some may be skeptical about my belief that the God-haters, the Progressives have a religion. When we take time to analyze the left’s madness, some call it derangement; we see that they all subscribe to a faith. Let me explain this.

The satanic Progressives do not believe that life has any real meaning. Thus they give no thought whatsoever to the wholesale slaughter of unborn children. Their altar is convenience. Their mantra is my body, my choice, and is another way of saying I want my best life now. I want to have sex with whomever, whenever, and not worry about the inconvenience of a baby. Even the worse President in our history, Barack Hussein Obama admitted that unborn children are a burden and that women should not be burdened by a mistake. He is symbolic of the hatred and wicked indifference to human life.

Why do Leftists, Marxists, Democrats, and Progressives treat human life as worthless or at best on par with a plant, a dog, or a frog? They do so because human life is just one variation among many occupying earth. Their mantra is cogently stated in the silly axiom: from the goo to the zoo to you. You, Mr. or Ms., are nothing more than an accident of time and chance. In short, evolution is your father and creator.

However, human life is sacred. Humans are created as image bearers of the Creator. When Progressives, Leftists, Marxists, and Communists show their disdain for the most vulnerable human beings, those in their mother’s womb, they are also signaling their intent to destroy human life that does not serve the purpose of advancing the leviathan’s power, that is, the power of the state.

This is why Progressives advocate for euthanasia as mercy killing, refuse to oppose honor killing among the demonically charged Islamists in our midst, and protect illegal aliens who are known murderers and violent aggressors who daily commit atrocities against American citizens. This is why Progressives, Leftists, Democrats, and their supporters refuse to investigate human sex and labor trafficking. Pedophilia is emerging as the Progressives new head of the spear, aimed at normalizing the sexual perversion of those who prey on children.

Progressives and their supporters are modern day worshippers of Molech the Canaanite god that received the sacrifices of human beings of all ages but especially of children. Modern day Leftists are just as evil as their progenitors.

The religion of Progressives and I will include Progressive Christians, which is an oxymoron if there ever was one, is politics. Not just mainstream politics if that even exists anymore today, but “woke” politics.

Woke politics is nothing more than hatred of the Caucasian race. For white liberals it is self-loathing, for people of color it is cover for their blatant racism. The goal of woke politics and woke religion is the total destruction of America and the deliberately engineered restructuring of it as a progressive utopia where alleged marginalized people of gender and sexual dysphoria, people of color, people of aberrant practices and beliefs foreign to this nation and our history, will rule and enforce their version of justice upon the majority. If you are white then you are out.

If you think I’m exaggerating then you are deceived and ignorant, willfully or because of slothfulness. Here is what I wrote recently on the Trojan horse called Critical race Theory.

Critical Race Theory (CRT) has paved the way for special, focused, legalized racism. Most Americans are probably unfamiliar with what CRT is. If you have heard the pejoratives, “systematic oppression,” “institutional racism,” or “white privilege,” then be aware that those who use these phrases to justify their position are using CRT.

Those who have been deceived by CRT believe that racism is a permanent part of American life. It matters not that only they can see it. Racism exists in the eyes of the beholder only and according to CRT that is enough.

CRT rejects the ideals of a colorblind society where merit and equal treatment govern interactions. Instead, CRT agitates for aggressive, color-conscious efforts to fundamentally change what CRT advocates believe is white-privileged America, into a nation where people of color replace all white power and privilege structures.

CRT has been most visible in the transformation of speech. Speech deemed to be hateful or racist is now condemned not only in public discourse but now, new laws are being constructed to limit the free expression of speech. This is nothing more than lawfare, the practice of using the law to punish those you disagree with. This is anti-American in spirit and practice. This friends, is a dangerous path and one that Christians especially should be advocating against.

Bill Barlow sees the crux of the matter and warns of the danger inherent ion CRT.

Critical Race Theory offers a potent mix: rejecting racial neutrality in the law, rejecting the liberal emphasis on individual rights, rejecting the possibility of objectively neutral legal analysis and embracing “the tools not only of reason but unreason.” It is an unusual combination for a theory originating on the far left.

If Critical race theory were just about affirmative action, perhaps we could let such indulgences slide. But Critical Race theory not only directs how to structure the university, but also how to structure the relation of the individual to the state. Racially-based taxes, racially-based employment quotas, racially-based redistributions of wealth: none would be beyond the theoretical horizon of Critical Race theory. All are justified by an appeal to inadequate racial justice, an appeal that can neither be proved nor disproved, an appeal that can just as easily be used for naked racial subordination. All fall within a context where speech labeled as “hurtful” and “racist” could be punishable by law, and opponents of the racial regime would be silenced.

To teach Critical Race Theory is to teach the latest in a sad line of theoretical justifications for legally-codified racism. As a proponent of academic freedom, I have no problem with this, just as I would have no problem for studying the legal justifications for other regimes that have codified race into law. But let’s not pretend that we are doing anything else, and let’s certainly not mandate the teaching of any such ideology.[1]