Home/April 2017, Opinions/Time To Tell Political Correctness To Take A Hike

Time To Tell Political Correctness To Take A Hike

I think the big problem this country has is being politically correct. I’ve been challenged by so many people, and I don’t frankly have time for total political correctness. And to be honest with you, this country doesn’t have time either. Donald Trump

Our former sheriff recently called me, and said he was ready to shoot the radio when he heard that Rep. Nunes had recused himself from the Intelligence Committee investigating the false claim of Russian collusion in our 2016 election.  My friend said he wants to tell these Trump folks to get a spine, and stop backing down every time the left gives them a hard time with their politically correct demands and lies!

I remember hearing the above quote by Trump many times during his campaign. Our President and his administration should heed his own words and stop buckling every time the Socialist Democrats attack him or his people.  When you’re right, you’re right, and none of them should give way to the left!

We need strong leadership and that’s why we elected Donald J. Trump.  When the sharks on the left see that their actions cause the Trump folks to back down, they smell blood in the water, and they intensify their attacks.

There have been losses because of these vilifications, many of which were very detrimental to our president’s objectives for the country.

Strong leadership was needed when the attacks started on our former NSA Chief, when the left accused him of Russian interaction against the Logan Act, an Act no one has ever been charged with.  Then we hear that the General allegedly lied to Pence, but in reality, Pence was probably talking about one thing and Flynn another and paths got crossed.  Do I trust Pence?  No, I don’t and I never will.  I was told by an inside source that Ivanka had the final say on choosing Governor Pence as the VP, and thus the reason Pence is so close to our President.  Scroll down to “Is Trump’s Staff Loyal?” in this article, and look at Pence’s record.

President Trump should have called both Pence and Flynn into his office and told them to straighten out any misunderstandings, and work together as a team, no matter the misunderstandings.  He should also have told them to get back to work, that they’d all weather the lies of the left and the media by sticking together.  That’s full-blown leadership, and it’s how you keep good people!  But he didn’t.  Instead, he had the General resign, and we lost the very best Chief of the NSA who, with 33 years of intelligence and Army experience, knows more about our risks from Islamic terrorism than anyone else in his administration.

The replacement, H.R. McMaster, is a long-time member of the Council on Foreign Relations. According to Peter R. Mansoor, a retired Army colonel who served with McMaster in Iraq during the 2007 surge of U.S. troops, he said that McMaster “absolutely does not view Islam as the enemy.”

I don’t know a Senator who is more beloved by his state’s constituents than Jeff Sessions, and that goes for all races in Alabama.  Sessions helped to get Trump elected, and was with him at many of the campaign rallies where he heard the crowd’s response to Hillary Clinton echoed loudly by Trump supporters, “Lock her up!”

Unfortunately, the Senator recused himself from any future investigations into Hillary Clinton’s emails, stating he’d made politically charged comments about her during the campaign.  He should not have backed down or given in to pressure.

Then in early March, the Attorney General announced that he will recuse himself from “any existing or future investigations” regarding the 2016 presidential campaign investigation, responding to bipartisan pressure to step aside from a probe into Moscow meddling.  This came amid revelations he spoke twice with Russia’s ambassador and didn’t disclose it to Congress, which was just more horse hockey from the left.

Dana Boente became Acting Deputy Attorney General upon the confirmation and swearing in of Jeff Sessions as Attorney General and will serve in that position until DAG Nominee Rod Rosenstein is confirmed.  Sally Yates was fired from the DAG position for betrayal.

The Senator should never have recused himself from anything.  He should have told them that he was there to uphold the law, and do his job. 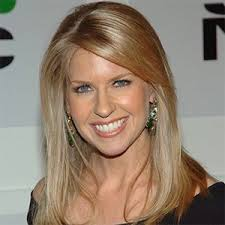 Monica Crowley and the NSC

Crowley was set to be the senior director of communications at the National Security Council before a hit job by CNN destroyed her.  She was recently interviewed by Sean Hannity and said the following:

Look, what happened to me was a despicable straight up political hit job.  There is a very toxic and increasingly poisonous atmosphere of personal destruction in DC and the media.  It’s always been there, but now it’s on a whole different level.

The attack on me was a test.  What happened to me, what happened to General Flynn, what is happening to AG Sessions and others, is all of a piece.  There is a very dangerous and very effective destabilization campaign under way against this President, his administration, and his agenda.

Again, why did the administration allow her to be sidetracked and destroyed?  Every time the left accuses anyone in the Trump administration of anything, they withdraw and step aside! 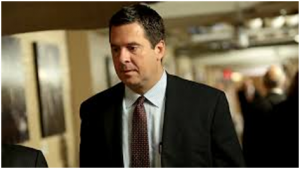 Prior to Rep. Nunes revelations about Obama’s staff spying on the Trump campaign, there was a hearing with FBI Director Comey. He stated there was no evidence of wiretapping at Trump Tower, and several Democrat politicians including Mike Pence’s good friend, Sen. Jeff Flake, demanded Trump apologize to Obama for tweeting that the former president had wiretapped him.  One wonders why Comey is still the FBI Director???

House Intelligence Committee Chair Rep. Devin Nunes (R-CA) stated that he had been given information about members of President Trump’s transition team having been under surveillance by the Obama administration, that individual names had been revealed by the intelligence community, and that those names had been leaked to the media.

He delivered the info to Trump, and said that the surveillance was done legally, but the leaks were probably illegal.

The surveillance was allegedly done by Obama’s people to find collusion with Russia for the 2016 election.  No evidence between Russia and the Trump campaign has been found, and several former Obama administration intelligence officials have publicly stated that evidence does not exist.

Now, Nunes has recused himself from the Intelligence Committee and the investigation into the Russian election collusion charges, because of attacks by several “leftwing activist groups” who filed accusations against him with the Office of Congressional Ethics, citing he mishandled classified information.  He said their charges are “entirely false and politically motivated.”

So, why did he back down? By backing down under false accusations only empowers the intimidator. See the first 6:30 minutes of Judge Jeanine Pirro‘s show on Fox explaining the weakness of the Republicans. Democrats can’t win with lies, so they resort to intimidation. Why? because they know it works. The intimidated in most cases compromises or backs down.

Mr. President, the Constitution and the law is on your side for your travel ban.  You have the authority to stop these judges from delaying your executive orders regarding who enters our country.  The majority of these judges have been put in place by Democratic presidents.  Carter, Bush, and Obama appointed the three 9th circuit court judges who upheld District Judge Robart’s stay on Trump’s first EO.

Obama appointed Judge Theodore D. Chuang ruled that the purpose of the President’s first travel ban, and also his revised travel ban, was to discriminate against Muslims for political reasons and the ruling cited Mr. Trump’s own words against him.

The ruling quotes extensively from the President’s 2016 election campaign, in which he said he wished to implement a ban on Muslims entering the United States without being vetted first.

What these judges do not understand is that this is not an executive order against a religion, but against a worldwide political movement that carries with it hatred for infidels, or non-Muslims.  Hundreds of thousands of unvetted refugees have entered this country, and they have no desire to assimilate.  One needs only to look at Europe today to understand why Trump’s EO’s should stand.

Article 1, Section 8 of the Constitution gives Congress the power to regulate immigration. In 1952, Congress passed a law empowering the president to deny entry into the U.S. to “any class of aliens” considered to be “detrimental to the interests of the United States.”  In other words, a threat to America and in the interests of national security.  And that is exactly what our President is trying to do!  He wants to stop the threat!

So, Mr. President, since you’ve already tried to stop the influx of Islamists from seven majority-Muslim nations via Visas and EO’s, and the Democrat appointed judges have stopped your Constitutional right to do so, why not use the Constitution and previous rulings and tell these tyrannical judges you have the law on your side.

The Left Attacks and the Right Caves

The same party who had ridiculed Trump on his comments about the election being rigged, started screaming that the election was rigged, and their lies about Russia have been repeated so often, that the mindless leftists believe it.

The left even advocated having the election repeated.  They created Soros mobs that burned and pillaged, stopped traffic, threatened murder, battery and rape of Trump supporters, and became the anarchists that the socialist dream thrives on.

This is exactly what happens when political correctness takes over and participation trophies are awarded to everyone.  They cannot conceive how disgusting and subservient they’ve become, but they use it, and they use it very flawlessly against us.

The Democratic Socialists and their pals in the MSM have become adroit at attacking the Trump administration, and using their PC bilge to ensure that those on the right back down…and they’ve done it every time.  The left accuses and the right withdraws, or steps aside!  Where the hell is the chutzpah?  Where is the steel spine?  Why in heaven’s name aren’t these people, including our President, telling the left to go pound sand?

P.S.  NewsWithViews exists because of a deep love of our country.  Every day, our publisher brings new articles into your mailbox, articles that you cannot find in the main stream media.  This labor of love costs money, and a whole lot of time, and it is through our readers’ donations that NWVs continues.  Any donation helps us survive and thrive.  Please help us.  All donations can be sent here.