To All The Frustrated Step-Fathers In America

As a stepfather, I know and understand the trials and tribulations of stepping into an “already created” family by another man. It’s a landmine waiting to be stepped-on by unsuspecting single males.

As a single male with no children, I stepped into my wife’s family with two boys ages 8 and 11. 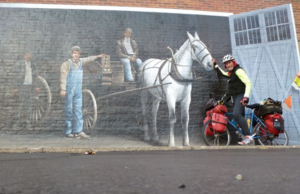 The one nasty aspect about divorce on children: it breaks up the structure and “security of constancy” in their lives. It leaves them unsure, afraid and insecure. Oftentimes, in acrimonious divorces, the parents pit the children against the other parent. Sometimes, violence dominates, and the children cower in the corners of the house. They also cower in the corners of their minds. They never forget the yelling, screaming, fights and tension.

If alcohol or drugs enter the mix, it’s anybody’s guess as to a very unpleasant ending.  The children pay an even greater trauma for the rest of their lives.

When the biological father of my two stepsons met a new girlfriend, my stepsons wanted me to date her and him to get back with their mother. Also, I carried a ‘high energy’ and optimistic, action personality whereas their father read books, was very quiet man and watched TV. Thus, they contended with a calm biological father as opposed to a mountain climbing, backpacking and wilderness man.

Two decades later, I am thankful to have endured my stepsons’ teens, twenties and thirties. Both are fine men productively living their lives. I am thankful because if those kids had gotten into drugs and alcohol, or crime—I would have had to deal with their mother bailing them out of jail or dealing with their drug addictions.

At the same time, I’ve got a friend who stepped into an “instant” family 20 years ago, and his situation didn’t turn out so well. He poured his guts out to me after a game of tennis last autumn.

“Hey, Frosty, how’d you get through your step kids’ lives in one piece?” he asked.

“In many ways,” I said. “I was just lucky. Both my stepsons are doing  fine.”

From there, he launched into a story of one of his step-boys took a hammer to the walls of the house and busted up the drywall. No reason other than emotional turmoil. That same son several years later wanted to kill himself. He screwed off through high school.

“Boy, with that one,” my friend said. “I had to worry about the kid and his mother. She was at her wits end. She breaks down crying all the time.”

In the end, women want a happy family and happy kids, but that doesn’t always happen. Once a family breaks up, the kids ‘break up’ themselves into different emotional compartments. Some become sullen and defeated. Others grin and bear it.

My friend’s greatest frustration as his stepsons grew older: they ignored him. He invited them to go skiing, mountain climbing, rafting and bicycling. They would have nothing to do with him. He had given ten years of his life to show them the best of living, but they simply ignored him until he finally gave up trying. To this day, he regrets having put so much of himself into those kids to receive so little to nothing in return.

To all the stepfathers out there: each of you faces emotional challenges of keeping a balance with your wife or girlfriend with her kids. I’m not sure there are any books to give you suggestions. Additionally, blended families present the greatest challenge on the planet.  Most fail miserably.  Too many variables with too many emotions!  I might write book on this topic.

For those of you who suffer with lazy, criminal, drunk or other negative types of stepsons, you must support your wife’s emotions. Also, do what you can to help them. But at some point, you may want to let go and let them figure out their own lives.

Sometimes, when a child chooses a self-destructive path such as alcohol, massive tattoos all over their bodies, piercing with metal adornments, addictive drugs and low-grade friends—you might want to detach yourself to save your own emotions.

For those men with step-girls for the challenge-package, you have a whole new ball of wax with encounters of parenting. You’ve got to deal with their insecurities, their being really attractive or their being unattractive as to their own self-concepts…and to their situations with boys. You’ve got to deal with their bursting hormones, their relationships, cliques, and a host of other challenges. Good luck with that because it gets really complicated!

Biggest goal for you: keep your body, mind and spirit balanced. If those step-kids don’t want much to do with you, okay, just let them go about their business. Avoid saying anything negative about your stepsons because it will get back to their mother. That will cause negative vibrations. Also, never say anything negative about their biological father. That will come down on your head, big time. Why? Because your stepsons will always side with their biological father.

As long as you keep a positive attitude, they will ‘tolerate’ you during Christmas gatherings before they go off to their biological father’s house and his family.

For you stepfathers who enjoy great relationships with your stepchildren, call yourself lucky. For those of you finding it very challenging, please realize that you cannot ‘change’ your step-kids into liking you. You can’t buy them or bribe them. They may not want to spend time with you. If that’s so, simply do the best you can with them. Remember that you are not in charge of their lives once they step into adulthood. At the same time, you are in charge of how you respond to them and to life.

As I write this heartfelt essay, I am thankful that my stepsons are fine young men. Yes, they possess their own problems as to work, relationships, friends and other life challenges. And, that’s just life playing out in their lives.

In the end, you are in charge of your emotions. Do everything you can to support your life-mate. Honesty, calmness, steady-keel, integrity and loving support will go a long way into enjoying a long-term relationship with your step-children.