In the midst of a deadly virus pandemic as well as weeks and weeks of protests, riots, murders, arsons and assaults in several cities including Minneapolis, Los Angeles, San Francisco, Portland (Oregon), Chicago, New York, and others, it appears the far-left mayor of Los Angeles regularly goes on taxpayer-funded trips to foreign countries.

The Democrat leader, who is a local officeholder with no authority to represent the United States overseas, is yet another Democratic Party member who treasures his relationship with the Chinese communist regime in Beijing. As with other anti-American Democrats, the Los Angeles tax-and-spend mayor is quick to portray his travels as part of his leadership in one of the nation’s largest, most populated cities. 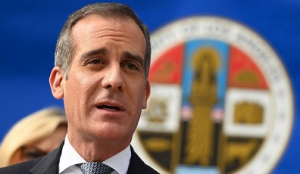 In a press statement obtained by the National Association of Chiefs of Police, Judicial Watch announced last week that it obtained the details of the travel expenses of Los Angeles Mayor Eric Garcetti’s Los Angeles Police Department (LAPD) security detail.

This is the same Mayor Garcetti who forced his city’s businesses to close their doors, pushed civilians to remain in a massive “lockdown,” and demanded Christian, Jewish and other church goers to forego religious services. However, Garcetti is allowing marijuana stores to remain open and arguing on behalf of rioters, looters and thugs by claiming the alleged well-paid protesters are mostly peaceful.

Over a four-year period, $438,195.06 of taxpayer money was spent on police officers’ air transportation, hotel/motel lodging,meals and incidentals. 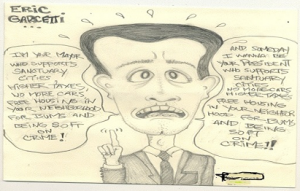 These costs do not account for salaries and potential overtime, according to Judicial Watch President Tom Fitton.

This information was requested by the attorneys for Judicial Watch:

The security detail travel expenses from FY 2015-2018 break down as follows:

On June 3, 2020, Fox News reported that Mayor Garcetti said, “that he tasked the city to ‘identify $250 million in cuts’” from the police 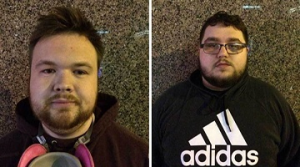 department budget. Adding that, “Garcetti said it is incumbent on the city to ‘step up and say, “What can we sacrifice?’”

On June 3, 2020, The Los Angeles Times reported that in response to Mayor Garcetti’s request, Los Angeles officials stated that, “they will look to cut $100 million to $150 million from the city’s police budget as part of a broader effort to reinvest more dollars into the black community.”

On November 2, 2018, The Los Angeles Times also uncovered and reported that, “Los Angeles Mayor Eric Garcetti’s security detail has racked up nearly $450,000 in travel costs since 2015 as Garcetti visited other parts of the United States and foreign countries …”

According to the Times, Garcetti’s travel was intended, “to bolster his national profile ahead of a possible presidential run …”