The latest strategy being used by the Democratic Party and their supporters in the news media is the perpetuation of the Big Lie that the enormous flow of illegal aliens into the United States makes the nation even safer. They also provide statistics that are almost impossible to verify.

Failing to win the support of most Americans to their radical leftist agenda, the Democrats appear to encourage an unlimited number of foreigners, especially the uneducated, underclasses from Third World Countries. The thinking is that the impoverished and ignorant are much more likely to accept hardcore socialism than Americans who understand politics, economics, and the law.

During his first year in office, President Donald Trump’s U.S. Immigration and Customs Enforcement (ICE) initiated a “VOICE Most Wanted” fugitives list, highlighting fugitives connected to victims and families of victims who have sought help or information from ICE through the Victims Of Immigration Crime Engagement (VOICE) Office. 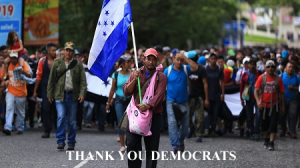 The fugitive list was reintroduced this week during National Crime Victims’ Rights Week to help raise awareness of the work the VOICE Office does every day to support victims of crimes committed by individuals with a nexus to immigration. While the majority of news outlets are ignoring the program, many law enforcement agencies are directing victims to seek assistance from VOICE.

•  Saul Chavez, a Mexican national charged in Cook County, Illinois, with vehicular homicide resulting in the death of William Dennis McCann, 66. Despite a detainer lodged by ICE Enforcement and Removal Operations in November 2011 following his arrest, Chavez was released from Cook County custody. Chavez, who entered the country without inspection at an unknown place and unknown time, is wanted by ICE as an illegal alien in addition to being a criminal fugitive.

•  Esteban Juarez-Tomas, a Guatemalan national charged in Champaign, Illinois, for reckless homicide, killing LaDonna “Jeannie” Brady, 45, in January 2017. Juarez-Tomas has been previously removed from the U.S. three times. He is an ICE immigration fugitive in addition to being a criminal fugitive.

•  Jesus Maltos-Chacon, a Mexican national, charged in Baton Rouge, Louisiana, with homicide and vehicular manslaughter for the death of 20-year-old Blake Zieto. Maltos-Chacon also had previous convictions for DUI and assault. Maltos-Chacon, who entered the country without inspection at an unknown place and unknown time, was ordered removed in October 2006. He is an ICE immigration fugitive in addition to being a criminal fugitive.

•  Alan Jacob Mogollon-Anaya, a Mexican national, charged April 2017 for aggravated vehicular homicide, DUI and aggravated assault following the crash that resulted in the death of Shirra Branum, 37, in Washington County, Tennessee. Mogollon-Anaya, who had two prior DUI convictions, entered the country without inspection at an unknown place in 2003. He was ordered removed in October 2017. He is an ICE immigration fugitive in addition to being a criminal fugitive.

•  Edwin Mejia, a Honduran national, charged in Omaha, Nebraska with motor vehicular homicide in the death of Sarah Root, 21 in January 2016. Mejia, who entered the country unlawfully as an unaccompanied minor in 2013, was ordered removed in April 2016. He is an ICE immigration fugitive and criminal fugitive.

•  Gonzalo Harrell-Gonzalez, a Mexican national, indicted by a Gilmer County, Georgia grand jury on charges of homicide by vehicle in the first degree, two counts of serious injury by vehicle, and reckless driving in the death of Dustin Inman, 16, in January 2001. He is wanted by ICE as an illegal alien in addition to being a criminal fugitive.

•  Luis Alberto Rodriguez-Castro, as Honduran national, charged in Kill Devil Hills, North Carolina in October 2011 with negligent homicide and vehicular manslaughter linked to the death of Joseph Storie, 51. Rodriguez-Castro, who entered the country without inspection at an unknown place in 1998, is wanted by ICE as an illegal alien in addition to being a criminal fugitive. 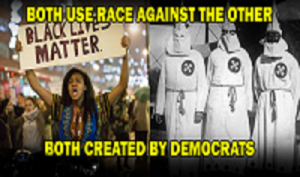 President Donald Trump, as part of his plan to crackdown on illegal immigration and criminal immigrants, had his Homeland Security Secretary and the Immigration and Customs Enforcement (ICE) directorate establish the VOICE Office in April 2017 to serve the needs of crime victims and their families who have been victimized by individuals with a nexus to immigration.

“The VOICE Office helps those impacted by crimes committed by aliens understand information and resources available to them, and offers assistance explaining the immigration enforcement and removal processes,” according to officials at the Homeland Security Department and the White House.

Separately, the GAO report analyzed 249,000 arrest records of criminal aliens (their legal status was not specified), incarcerated in state and local prisons throughout the country spanning the years 2004 – 2008 and in federal prisons at the end of 2008. It chose a random sample of 1,000 from this pool of records and applied the results to the entire population, estimating that 25,064 criminal aliens had been arrested for homicide.